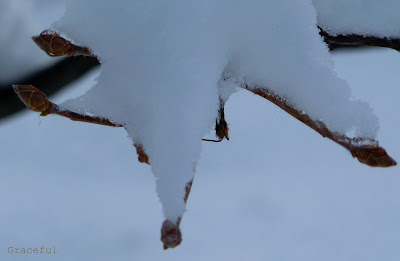 I was about 14 the last time I gave something up for Lent. I don’t recall for sure what it was, but I’m guessing chocolate. Or perhaps ice cream. Those were the top picks. I usually lasted five days or so before I caved, first with just a tiny cheat – a couple of chocolate chips snitched from the Tollhouse bag, who could count that for crying out loud? Later an Oreo, then two, and finally the whole Lenten sacrifice was thrown to the fire as I engulfed a Ring Ding in two gigantic bites.

Now that I’m a practicing Lutheran I assumed I wouldn’t need to engage in the Lenten practice of “giving up.” I thought that was a Catholic thing. Apparently I thought wrong.

I met Pastor Greg for coffee last week to discuss the frenetic course my life has taken lately. I admitted I was burned out – that with all this writing, blog following, commenting, tweeting, facebooking – it felt like my faith had become a job. Instead of renewed, I felt depleted. Instead of hopeful, joyous, I felt drained.

After listening to my list of woes, Pastor Greg proposed a solution. “Why don’t you give up everything except the actual writing for Lent? All this blog reading and following, and commenting and twittering – everything you’re doing in the name of platform-building – why don’t you give that all up for Lent? Take a break. See how it feels. See if you can get some balance back in your life and connect more deeply with God.”

I’ll be frank. I was aghast at the suggestion. While my mouth was forming the response, “Hmmmm, that’s an interesting idea…” my brain was reeling. “What???!!! Are you kidding me? You’re suggesting I stop, cold turkey, everything I’ve done in the last six months to building this platform and just…do nothing?” Like I said, I was aghast.

You see, I have an addictive personality. Red light, green light my dad calls it. We don’t have flashing yellow. My dad and I don’t proceed with caution. We dive head in. “Make it happen!” is my dad’s motto, a slogan I’ve heard innumerable times through the years.

So when the agent I spoke to last summer kindly suggested that I needed to build a platform if I had any hope of becoming a published writer, that’s what I began to do. I launched this blog. I began to read and follow dozens of other Christian bloggers. I commented prodigiously on other blogs. I joined Facebook and Twitter. I tweeted. I guest posted and joined other blogger networking sites and wrote and submitted articles to online and print journals. I initiated the “Make it Happen” plan.

And I obsessed. I became addicted.

Here’s how I know:

1. I’ve developed tendonitis in my right elbow…not from a killer Venus serve, but from constantly clicking and shuffling that innocuous little mouse from blog to blog to blog.

2. I sneak around other blogs while I’m at work. At my paying job. I tell myself I’m just going to take a quick peek to see how many comments I have, and before I realize it, I’ve spent 25 minutes surfing, commenting and tweeting.

3. I blog while Rowan sits on my lap for a morning snuggle. As my arms wrap around his little body, my fingers clack across the keyboard, and I peer over his rumpled, fuzzy head at the computer screen.

4. The kids make increasingly frequent comments like: “Mommy, are you doing your ‘blod’ again?” And, “Mommy, why do you sit at the computer so much?”

5. I practice idolatry. I worship at the altar of the Site Meter.

In the old days the forty days of Lent were a time in which those new to the faith prepared for baptism, by participating in repentance, fasting and prayer. But even today, Lent signifies a very personal return to God – a time of reflection, sacrifice and repentance. A time of forgiveness and renewal.

I need to return to God. I need to relinquish control, hand over this addiction, this obsession I’ve developed. Hand over the need to control my future.

Yes, I’m afraid. I’m afraid that all I’ve done to build this tenuous platform bit by bit over the past six months will crumble like a house of cards. But my fear just clarifies the necessity of this social media fast. If I’m this afraid of letting go…then I must let go.

So…I graciously thank each one of you for sticking with me through this six-week Lenten fast. I’ll keep writing, and I hope you’ll keep reading. And I apologize in advance for not responding to any comments you might leave here or retweets you might post on Twitter. I feel guilty for gluttonously accepting your support and not returning the favor, but I know if I start down the social media road, I won’t be able to stop [my blog posts automatically feed to Facebook and Twitter…just wanted to mention that so you didn’t think I was cheating!].

I’ll let you know how it goes here throughout the next six weeks. Like breaking any addiction, I doubt it will be easy. But I am truly thankful for your support and understanding.

Are you planning to give up anything for Lent? And if not, what do you do, if anything, during these 40 days?