And it’s true. I do feel blessed when I think about my life. I have everything I need and more.

My refrigerator and cabinets are stocked full of food. My health is good, and when it’s not, I have insurance to cover the cost of doctor’s visits and prescriptions. I live in a comfortable, spacious home in a safe, welcoming neighborhood. I can afford to pay all my bills and have money left over for entertainment. My closet brims with clothing and shoes. I have a college degree and a fulfilling job. My children attend good schools. I could go on and on.

I am so blessed.

Or is it that I am simply lucky?

I’ve been thinking a lot about an interview I heard recently with Father Greg Boyle, a Jesuit priest who has dedicated his life to working with former gang members in Los Angeles.

Hearing Father Boyle use the word “lucky” to describe his upbringing and life circumstances stopped me short, especially because I don’t think I’ve ever heard a person of faith call himself lucky instead of blessed. I admit, there are times I hesitate to wish someone “good luck,” because I am afraid it sounds superstitious and un-Christian.

Yet the more I think about it, the more I understand Father Boyle’s word choice. Citing our material circumstances – the home we live in, the food on our table, the vacations we enjoy, our health and the health of our family, the status of our bank account – as evidence of our blessedness implies that, at the same time God has chosen to bless us with these gifts, he has chosen not to bless others in the same way.

Are they not blessed? Has God chosen me, but not them?

Jesus, in fact, said the opposite of what many Christians profess. I suspect those who sat at his feet when he preached his Sermon on the Mount did not expect him to define the blessed as those who mourn, those who are persecuted, those who are meek and those who are poor in spirit.

It is in our brokenness, in our failings and shortcomings, in our grief and hardship, that we are most aware of God’s compassion and love.

This post originally ran in the Lincoln Journal Star on February 3, 2018. I’m already in my pajamas, tucked into the sofa with the fire crackling bright at my feet, a book open on my lap. When the door opens, I feel the rush of frigid air slip around my shoulders like a filmy veil. Brad and Noah clomp their boots on the doormat, shake snow from the bottoms of their pants. Their cheeks are flushed scarlet.

“You’ve got to come see this,” Brad says. “The sky is spectacular. You can even see the Milky Way.”

I shake my head. “No way. I’m too cozy,” I say, nestling into the cushions and pulling the blanket to my chin.

I don’t budge. “It’s like -10, are you crazy? Plus I’m already in my pajamas.” I announce it matter-of-factly, like a declaration. I don’t care if you can see Pluto with your naked eye out there. I’m not leaving the couch.

“You can put your jacket and snow pants on over your pajamas,” Brad insists. “You don’t even have to get dressed.” The two of them wait by the door. They don’t take off their gloves or hats.

I sigh. Clearly they aren’t going to take no for an answer. “This better be worth it,” I grumble, tossing off the blanket and slapping my book onto the coffee table.

We trudge through knee-high snow toward the open field down the road. I  hear the lake’s angry waves crashing against the rocks, but I see nothing. It’s pitch black. I can barely make out the skeletal branches of mountain ash and birch, the boughs of Douglas fir heavy with snow. There’s no moon, but the sky is awash with stars, thousands of them, millions really, dusted across the darkness like tiny rhinestones on a wedding dress.

“Aren’t the stars amazing, Mommy? Can you even believe how many there are?” Noah is two paces ahead of me. He shouts over his shoulder as I pick my way through the drifts, painstakingly placing each foot into Brad’s footprints ahead of me. I feel the snow creep down the back of my boot.

When we reach the clearing the three of us stand in a triangle, our heads tipped back, our breathing still labored from the tiring walk. Brad points out Venus, Orion’s belt, Pleiades. The Milky Way hangs over our heads, a blurred swath painted across the heavens like a waterfall of shining glitter.

And then, before I hardly even realize it, I am screaming and pointing and leaping up and down in place. The biggest, brightest, most spectacular shooting star I have ever seen flames across the sky like a Roman candle, its tail still twinkling as Brad turns, startled, to catch the fizzling finale. He’s a little irritated – my scream shattered the frigid, silent air, making him jump out of his skin. He tells me later he thought I’d spotted a bear galloping across the dark field toward us.

The truth is, I simply couldn’t help myself. The shooting star was so magnificent, so unexpected and awesome, I could do nothing but scream and point. I quite literally had no words, only stunned, speechless awe.

Orthodox Jews actually have a blessing for moments like this, for the times they glimpse astronomical wonders like shooting stars or comets, for the occasions they see a mountain so sublime it takes their breath away, or an ocean so wildly powerful they stand trembling on the beach.

Blessed are you Lord our God, King of the universe, who makes the works of creation.

It may have been inelegant and perhaps a bit barbaric, but I say my unexpected scream of surprise and joy was a blessing nonetheless, a word of praise exclaimed with wild abandon to a magnificent God into the magnificent night. Buried in my scream were words of exuberant praise.  Blessed are you Lord our God, King of the universe, who makes the works of creation.

We didn’t stay long in the open field. It really was too cold. A few minutes after we saw the shooting star, the three of us crowded onto the mat inside the front door of the cabin, flinging off mittens, hats and boots, peeling away jackets and snow pants and double-layered socks.

“So,” Noah said, smiling knowingly at me as I stood in my socks, puddles of melting snow on the wood floor all around us. “Was it worth it?”

Shivering, I wrapped my arms around my chest. But I wasn’t cold. “Yeah,” I said to Noah. “It was worth it.” “So what’s with the pictures of the dish rack?” he asks, clicking through a half-dozen photos on my camera.

Oh…right. Those. Photographs of the kitchen dish rack that sits on the counter next to the sink. “Well, the light just looked really pretty reflecting on the metal, so I took some pictures,” I explain to Brad, a bit sheepishly.

So now I’m taking pictures of the dish rack.

This is what keeping a gratitude list has done to me.

It’s opened my eyes, my ears, my senses. I see God everywhere – in the backyard, in the faces of strangers, even in the most utilitarian household items – afternoon light slanting across the coffee table, the warmth of a blanket pulled from the dryer, a dish rack on the kitchen counter. And I can’t help myself. I feel such joy, so immensely blessed in response, that I list these gifts in a wrinkled notebook, on pages stained with splashes of grape juice, spattered with dried droplets of minestrone soup. Sometimes, so moved am I by this joy, this gratitude, I grab my camera and snap pictures. Even when the object is a ridiculous dish rack.

It’s a little silly, isn’t it? I mean, who takes six photographs of a hard-water-corroded dish rack? And if you peek at my gratitude list, you’ll see other oddities as well: smell of snow in the air…my new chicken friend (don’t ask)…Hilma’s donut recipe…old man slowly riding bike…baby playing with the Ramen noodle package in the grocery store…laughing at our lizard shedding…

But maybe, maybe, it’s not silly at all.

Because usually we miss them, don’t we? We miss the blessings.

God bestows hundreds, thousands of blessings on us daily, weekly, monthly, and we miss them; they pass us by; we don’t take time to look. The listing, the snapping of that shutter? It’s worship – a rejoicing, a thanking, a praising in the moment, in the now. An acknowledgement that we “are a people the Lord has blessed.”  (Isaiah 61:9)

The list, gift after gift spooling down the page, each item woven into the next, is a song of God’s love. And a song to God as well.

How do you take time to acknowledge and appreciate the many gifts from God?

With Ann and Laura  {on Monday} 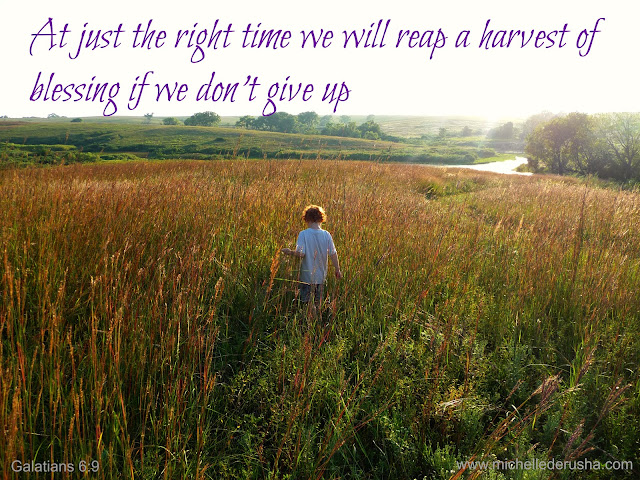 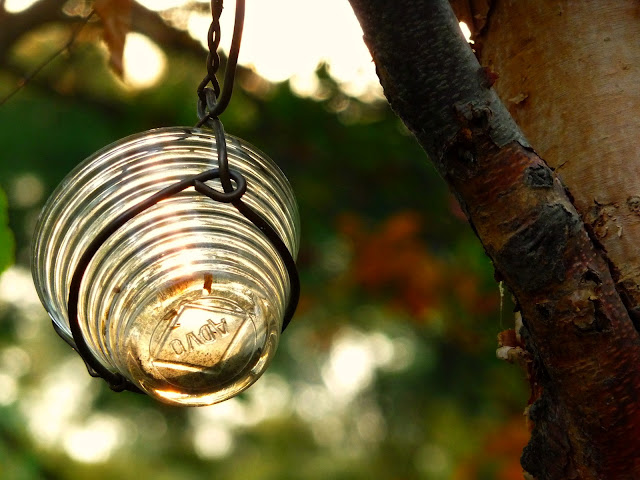