Many of you already know Emily Wierenga from Imperfect Prose. This girl is just so incredibly real — she writes the truth, the imperfect, perfect, flawed, beautiful truth. And her writing? Heavens. I know I’m prone to exaggeration, but I say with complete conviction that I don’t think I’ve ever read a post of hers that didn’t knock me flat. Emily is one of very few writers whom I read every single day. So very grateful to have you here today, Emily. 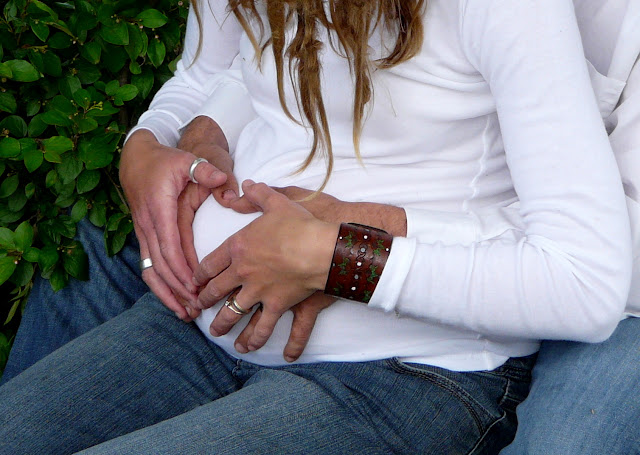 Love smells like rain on the earth of his chest where my cheek lies, and he can barely reach me for the child bulging belly but we find a way, and love always does.
Finds a way, a seed greening maze through garden dirt. I’ve never known a man as I’ve known him, this naked knowing, but tonight it’s different. For all of the love made it’s the afterwards: the lying tucked as close as child allows, and recognizing the hallowed gasp of eternity.
The gasp of holding someone for 12 years and still wanting more of him. The gasp of understanding it will never get old, this being together, for each day is somehow caved deeper and each moment, more tender, like the way he doesn’t let me eat Cheerios without strawberries, and the way he cuts them up and slides them into my half-eaten bowl when I don’t have time because to him, these are the things that matter. The small things, like holding my hand and walking between the rows of our garden and kissing over the potatoes. The gentle things, like the way he sings songs to his son in his monotone voice, and the way it sounds to me like Josh Groban.
The proposal and the vows are something but, really, nothing, compared to the every day. For love is a daily. A daily waking into morning breath and belly lint and words-gone-wrong and milk left out and anniversaries forgotten. Love is all of this because, without this, there would be no other. No lying cheek against chest smelling rain on the dust of his ribs and wishing to grow old, forever.

He’s a night owl, I’m the hopping robin. But every now and then I stay up way too late, and we switch off living room lights, dial down thermostat and climb groaning stairs on stealthy tiptoes together, avoiding nighttime creaks and cracks so not to wake deep-breathing boys. The bathroom door shuts with a soft click, and while I cream and buff, clip and tweeze, wash and pat and smooth, he warms. 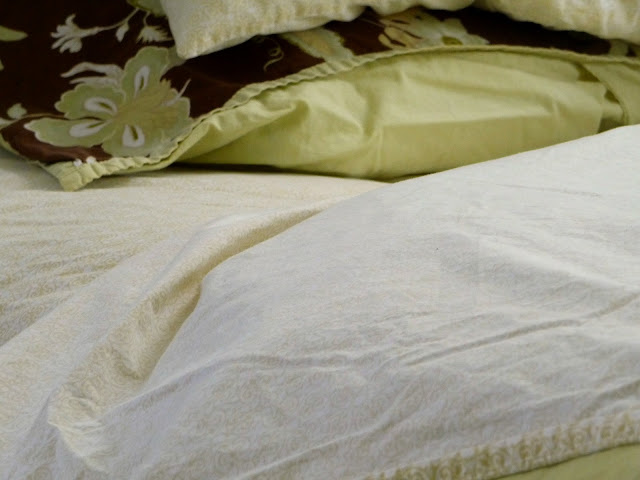 He’s bed-warming my side, sprawled beneath the comforter and Grandma Hilma’s quilt. It’s winter and he knows I’m always cold. I wear socks pulled to knees under flannel pajama bottoms and double-layers on top, and still I’m cold.

I click off bedside lamp and he shifts so I can climb into bed warmed snug. I press chilled limbs into warm cocoon. And then he slides across vast tundra of cold, unrumpled sheets to sleep.

I don’t need diamonds or sapphires, silver or gold. A pre-warmed bed on a frigid winter night is sweet gift enough for me.

Writing on the topic of love at Jennifer Davis’s place for her Friday Journeys link-up. What small sweet act of love are you appreciating today? 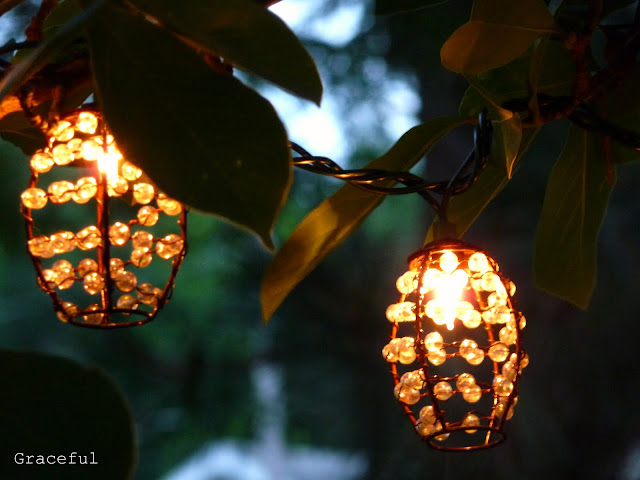 Another year we kayaked around the San Juan Islands and ate freshly caught salmon at dockside restaurants.

Yet another year we bumped along a dirt road in a horse-drawn wagon to a tiny log cabin nestled amidst wildflowers beneath a looming Colorado peak. That evening I ate grilled bison for the first time.

This year we celebrated our anniversary in the backyard.

I’m over at Make a Difference to One today. Hop over to Ginny’s place to find out how the backyard anniversary turned out… 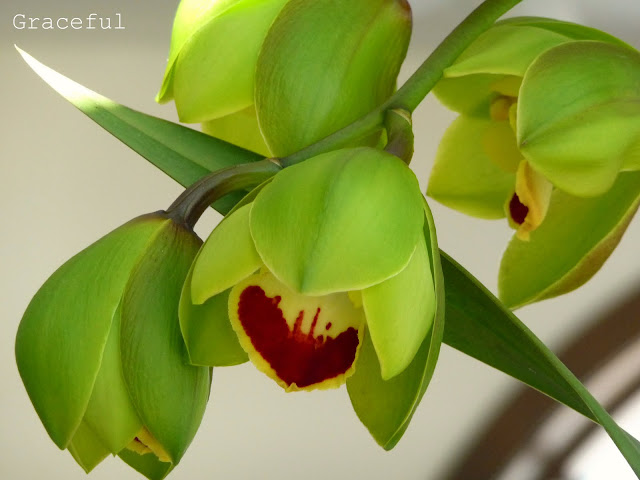 I just finished Elizabeth Gilbert’s book Committed. Have you read it? I liked it better than Eat, Pray, Love, actually, even though that was her mega-bestseller. Anyway, at one point in Committed Gilbert quotes poet Jack Gilbert (no relation to her), who writes that marriage is what happens “between the memorable.” Elizabeth Gilbert goes on to say this:

“…we often look back on our marriages years later…and all we can recall are ‘the vacations, and emergencies’ – the high points and low points. The rest of it blends into a blurry sort of daily sameness. But it is that very blurred sameness, the poet argues, that comprises marriage. Marriage is those two thousand indistinguishable conversations, chatted over two thousand indistinguishable breakfasts, where intimacy turns like a slow wheel. How do you measure the worth of becoming that familiar to somebody – so utterly well-known and so thoroughly ever-present that you become an almost invisible necessity, like air?”

Sound disappointing? Sound boring and mundane? Perhaps it doesn’t sound like you expected it might as you stood on the altar, bouquet in hand, veil fluttering.

Well, yes, I suppose that’s true. But hear me out. I love that about marriage – the rhythm of two, the stepping forward, day in and day out. It is a blur, that sameness, that routine. But in the sameness, buried beneath the routine, is life comprised of one beautiful, gritty, poignant, dull, terrifying, jubilant moment after the next. And the key is to be present for those moments, each one.

My husband has this unique ability, this gift of presence. We joke that while I’m red light-green light – all or nothing, full steam ahead or screeching to a halt – Brad is flashing yellow. Steadily, consistently tuned in. While I may go all out for special occasions – namely birthdays and anniversaries – Brad is persistently present for the everyday. Like the dish rub” – a quick shoulder massage as I hunch over sink, hands immersed in suds. Or the celebration of the unusual – armload of exotic orchids to celebrate the day we met. Or simply rich coffee percolating in the pot – made every day, just for me…he drinks tea.

While I’m all about the high points and low points – red lights, green lights; “vacations and emergencies” – Brad lives in the everyday, heart beating memory into the unmemorable.

As Emily Dickinson once wrote, “Forever is composed of nows.”

My husband lives in now, forever. And I’m as lucky as a girl can be.

What do you think of Gilbert’s description of marriage? Are you a red-light, green-light or a flashing yellow?

We’re talking matrimony with Ann Voskamp at Holy Experience. Join her there?

* Photo: Armload of orchids to celebrate the day we met, 17 years ago. Isn’t he the sweetest? 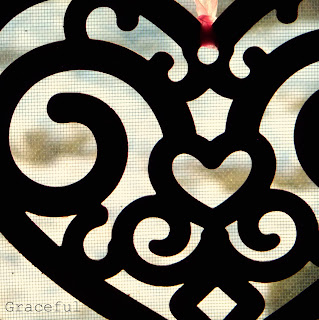 If you’ve ever read Malcolm Gladwell’s book Blink you’re probably familiar with Dr. John Gottman, the psychologist made famous for his ability to predict divorce in couples with close to 94% accuracy, based on just a few minutes of observation.

When I read about Gottman’s research several years ago it unnerved me. To be honest, I was completely undone. To make matters worse, the findings sparked a heated dispute with my husband. “I wouldn’t want that guy to come anywhere near us,” I insisted to Brad when I explained Gottman’s research to him. “We’d be totally doomed! I just know he’d condemn us to divorce!”

“Don’t be ridiculous,” Brad replied, clearly irritated I was so quick to torch our marriage based on the latest New York Times bestseller. “Why would you even say that? You can’t define an entire marriage and a shared history on 15 minutes of observation.”

The problem was that I was hopelessly wooed by the science, which in my mind proved everything without any doubt. Gottman was a highly respected, highly educated psychologist who’d studied something like 14 trillion couples. Of course he was right, and Brad was just plain silly – in my mind – to disregard proven, scientific fact. I didn’t consider, of course, that Gottman had never met Brad and me, had never studied us as a couple. I just assumed that if he did, we would fail his test.

Did I ever mention I’m a bit of a pessimist?

Since Blink was published, a number of studies have poked holes in Gottman’s theory – it turns out his divorce prediction rate may not be nearly as high. Despite that, I would argue that there is still great truth embedded in Gottman’s theory, truth that can be found in one of the most-repeated verses in the Bible: 1 Corinthians 13: 4-7.

You see, after years of research Gottman concluded that the four negative behavior patterns continuously prevalent in troubled marriages were criticism, contempt, defensiveness and stonewalling.

Avoid these destructive behaviors, Gottman concluded, and you avoid divorce – which, if you ask me, is exactly what Paul has told us all along:

“Love is patient, love is kind. It does not envy, it does not boast, it is not proud. It is not rude, it is not self-seeking, it is not easily angered, it keeps no record of wrongs. Love does not delight in evil but rejoices with the truth. It always protects, always trusts, always hopes, always perseveres.”

Look at those negative behaviors again: criticism, contempt, defensiveness, stonewalling. And ask yourself, how does your relationship fare when you employ those tactics?

There was a time, not long ago, when I used contempt as my weapon of choice. Here’s how it worked. Tone laced with sarcasm, my voice would imply contempt and disdain in words unspoken. What I left unsaid hung in the air like a razor-sharp scythe. Brad called it the “Implied Dumb Ass.” We’d laugh about it sometimes, but the truth is, it wasn’t really funny. My tone, the implied “Dumb Ass” I left hanging unspoken on the end of a curt statement to my husband, was hurtful and rude. Critical and contemptuous. A Gottman red flag.

When I read Gottman’s study I recognized that negative behavioral pattern in myself. And I worked to change it. My tone rarely implies “Dumb Ass” anymore (although to be really honest, I can’t be sure I haven’t transferred it to communications with my kids).

I’m not saying my marriage is perfect. I’m not saying I’m perfect in marriage – oh, far from it. Frankly I still wouldn’t want Dr. Gottman sitting across from me in Burger King, eavesdropping as I conversed with my husband. But I’ve learned something these last few years. I don’t need Gottman to tell me how to nurture my marriage. Paul said it 2,000 years ago, and his truth remains the same today. I’m finally listening.

Each Wednesday Ann Voskamp at A Holy Experience encourages us to write about a spiritual practice that brings us closer to God. This week she suggested we write about the practice of Holy Matrimony.