What better time to change things up around here than the first week of September? Just a wee tweak to my blogging schedule — as of today, I’m adding Sundays to the mix. Twice each month I’ll be linking over to Her View from Home, a great new website based right here in Nebraska.

The other two Sundays each month you’ll find a slice of quiet here, a photo and verse with Sandra’s and Deidra’s communities.

So my posting schedule will be Monday-Wednesday-Friday-Sunday. How’s that work for you? Okay, good, I was hoping so!

Here’s today’s post: My Place on the Great Plains 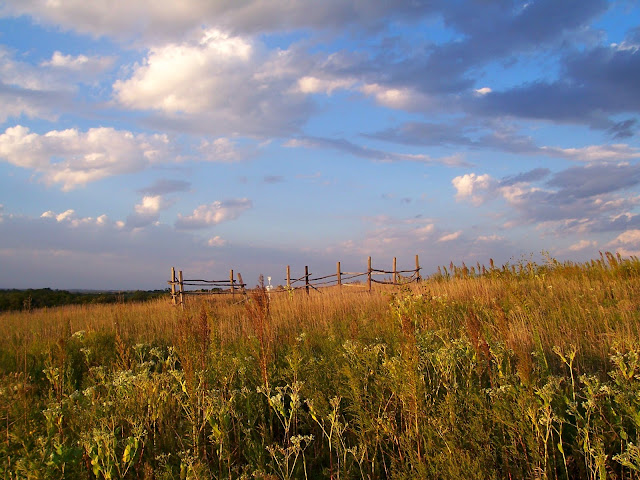 “What? Not even the cabin? The cabin’s my absolute favorite place,” says Rowan, referring to our family cabin on the North Shore of Lake Superior. “You need to find your favorite place.”
…Will you join me over at Her View from Home, where I am writing about faith and place today?
Click here to get Graceful in your email in-box.
Click here to “like” my Facebook Writer page. Thank you! 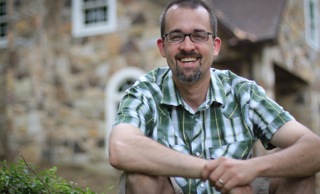 Sometimes I look around at these old familiar fields and can’t believe I moved home. I left for college in 1995 and, like many 18-year-olds who can feel the horizons closing in around them, I never planned on looking back. Lancaster, PA would be a nice place to visit, a quaint place to tell people I was from. But it was a place where all the roads led to destinations I had been one hundred times before.
Then four years in college. Getting married. Two years in Jacksonville. Four years in England. Four years in Virginia. Incomprehensible, how five sentence fragments can gloss over fourteen years of living, fourteen years of anger and joy and frustration and loneliness. It is sometimes difficult to believe, the paths a person takes that somehow lead them home again.
* * * * *
There’s this five-year-old boy (me) standing on the first-base line, listening to his little league coach talk about baseball. The coach’s pipe clacks between his teeth, and smoke forms small clouds around his face. He was the father of the boy who would become one of my best friends in elementary school.
I can still see the red seams spinning on the white baseball, the greens and blues of spring colliding on the horizon. I can still smell the cherry tobacco.
* * * * *
The same boy takes a pillow, a flashlight, and a blanket, and he slips underneath his bed. Narnia opens up to him there in the tight darkness with a pinpoint of light. He lives in an old farmhouse, and his bedroom window is open, letting in the sound of crickets and the smell of fields turned over waiting for seed.
His window leads to the porch roof. He could have climbed out, scampered down the decorative supports, and run off towards some moonlit horizon. But at that age he escaped through the books, under his bed, after everyone else was asleep.
* * * * *
My wife and I returned to Lancaster in 2009, toting our four children. Not far behind them we dragged a little despair, a little doubt. Life was not turning out as we had expected. For the first six months we were there, I walked around as if someone had climbed on to my back and wouldn’t get off. I rarely shaved. I stared at the dark ceiling long after the bedroom light went out.
But it was in the community of my childhood that we rediscovered hope. We realized that life didn’t have to turn out as we had expected – it could be much, much better than that.
* * * * *
Recently I went to my kids’ rooms to check on them, long after they should have been sleeping. My daughters’ eyes were closed, and they looked like two beautiful little human robots whose batteries had been taken out.
I checked on my two sons: the youngest, two years old, slept. But my oldest son, eight at the time, was way under his blanket. He moved, and the blanket shifted like a wave, or a small tent in the wind. A dim light escaped from the edges of his cave, and I knew he was reading. I thought about telling him to go to sleep, but then I turned and went back to bed.
I knew he was simply exploring his horizons.
:: 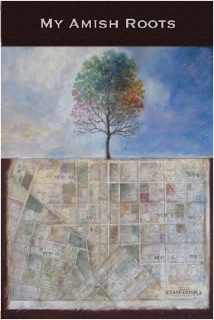 I am absolutely delighted to welcome author Shawn Smucker here today. Shawn lives in Paradise, Pennsylvania with his wife, four children, four chickens, and a rabbit named Rosie.
His most recent book, My Amish Roots [I ordered it late last week from Amazon and am eagerly awaiting its arrival!], explores the roles of family, death, life, tradition, and legacy against the backdrop of his Amish ancestry.
Shawn blogs daily at shawnsmucker.com about writing, the strange things his children say, and postmodern Christianity. You can also find him onTwitter and Facebook. 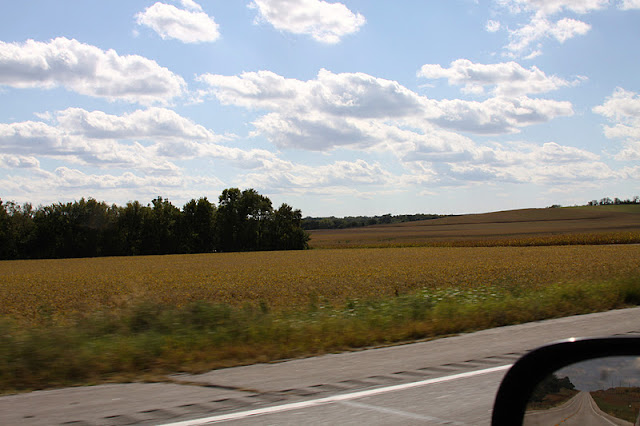 I roll the windows all the way down so my hair whips my cheeks and the Starbucks receipt flies off the dashboard. Patsy Cline croons as the mini-van soars over empty roads. I’m headed to Norfolk for an evening work event, two and half hours up to Northeast Nebraska, two and half hours back.
You know, you can cross the entire state of Massachusetts in two and half hours. In Nebraska you barely make a dent in that time. That used to bug me – that I couldn’t get anywhere fast in Nebraska. Sometimes it still does. But now mostly I’m just glad.
It’s not entirely a stereotype, that life moves more slowly in the Midwest. When I visit my family in Massachusetts I notice it right away as we cruise up I-91 from the airport to my parents’ house. The pace is nothing short of frenetic. Traffic snarls the roads. Drivers weave in and out of lanes, tailgating, swearing, leaning on the horn. Even my mother tailgates for crying out loud. “Jeez, Mom, you’re right on her bumper!” I gasp as we follow my best friend out of the neighborhood. When did we start tailgating even people we know, I wonder.
I didn’t always appreciate slowness, on the road or otherwise. When I first moved to Nebraska I earned a cache of speeding tickets. In fact, I once got pulled over for speeding twice in two weeks. By the same cop. [try explaining that one to your husband…or to the cop — thankfully he didn’t recognize me!]
But more recently, the sweetness of slow has grown on me. I don’t rush like I used to. I don’t pack my day with a half dozen activities. I don’t try to squeeze in just one more errand. If I arrive at my destination early, I turn off the car and sit. If the weather is warm I sit with the windows open and listen to the breeze stirring golden leaves. I close my eyes and breathe in the earthy scent of autumn, oak leaves disintegrating into dust by the curb.
What about you? What’s one small way you work a little bit of slow into your hectic life? 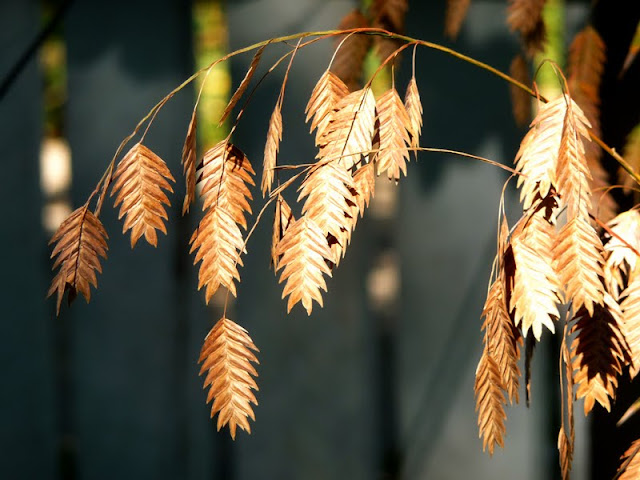 Pulling on my robe, I pick the baby up from his crib and trudge downstairs to pour my first cup of coffee. And then I sit on the couch and gaze blearily at the TV, struggling to emerge from a sleep-deprived haze.

I don’t notice it at first, but as the caffeine begins to course through my veins, it becomes clear to me that Matt Lauer is covering a big breaking story. The typically suave Today show host seems unusually ruffled, one hand pressed to his earpiece, his posture hunched, his voice ragged.

Next to me on the couch my one-month-old infant sleeps. I pat his tiny foot and watch dumbfounded as the twin towers billow black smoke from jagged holes.

…Will you join me over at the Lincoln Journal Star, where I am remembering September 11, and giving thanks for community?

“Do not come any closer,” God said. “Take off your sandals, for the place where you are standing is holy ground.” (Exodus 3:5) 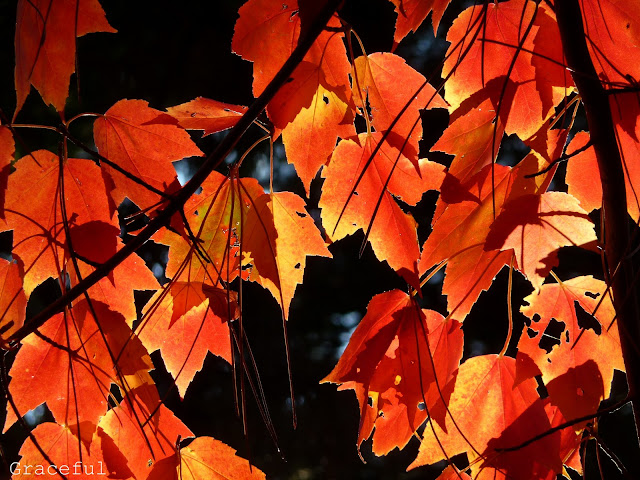 I’ve read these lines and the passage about the burning bush in Exodus a number of times, and each time my reaction is the same: “Why haven’t I ever gotten a burning bush? Where’s my big sign?”

I slog through everyday routine, eyes searching for the big sign, the dramatic miracle.

And when I don’t find the over-the-top God, the God who shouts, “Here I am!” I complain that I don’t see him at all. I wonder why he doesn’t show himself to me, why I can’t hear him, why I don’t get the miracles in my own life like the ones I read about in the Bible.

Yet the more I write, the more I see that God is here, in the everyday mundane, in the grit of daily life. Every inch of this Earth, his Earth, is his creation. And every bit of it is holy ground. My cluttered, crumb-counter kitchen, our postage stamp backyard, my paper-piled office, even the dingy neighborhood Walgreens and aisle six at SuperSaver.

He is everywhere. I simply need to open my eyes to see.

How do you train your eyes to see holy ground?