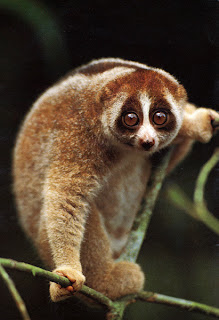 I’m what you might call the slow loris of book publishing.

Are you familiar with the slow loris? I know it sounds like a Dr. Seuss character, but the slow loris is actually a real animal – a tiny primate with big, puppy-dog brown eyes and a round head (so far, nothing in common with me, in case you’re wondering). The slow loris is also described as a slow and deliberate climber.

…I’m writing over at the WordServe Water Cooler today. Will you join me over there to read about what it’s like to be a slow loris? {you may be one, too!} 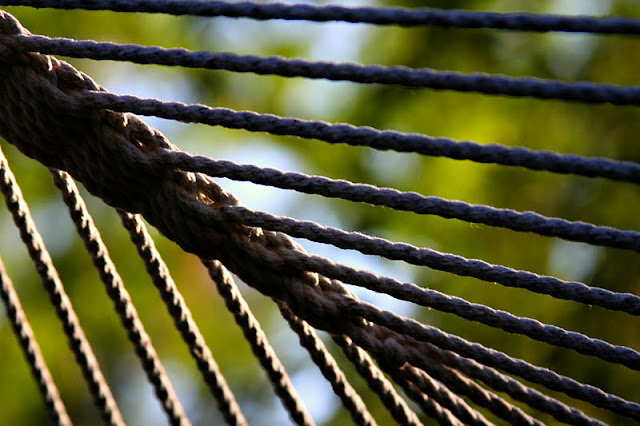 So I had a difficult chat with my agent last week. Not bad – she was encouraging and supportive and generally optimistic – just difficult. We talked about the market for spiritual memoirs, and let’s just say it’s not great. In fact, it’s bordering on abyssmal.

“I don’t get that,” I told Rachelle. “It seems like there are tons of memoirs out there right now. Memoirs are popular. So what’s the problem?” The problem, she explained, is that for every memoir published and on the market, there are hundreds and hundreds being pitched to editors and publishing houses – there is simply a deluge of memoirs.

Apparently everyone has a story.

Combine that fact with this problem: my memoir doesn’t exactly have a “knock ‘em down” hook. “Describe your book to me in a sentence or two,” Rachelle said. “What’s the hook?”

“Well…it’s about a girl who’s estranged from God, a girl who perhaps never knew or believed in God to begin with, and her journey from that desolate place, through wrestling and questioning, eventually into a real relationship with and faith in God.”

See what I mean? No hook.

The trouble is, my book isn’t dramatic. Frankly, my story isn’t dramatic. I haven’t suffered abuse or illness or a major life-altering event. I haven’t traveled the world or served in the Peace Corps or founded a mission in Africa or a homeless shelter in downtown Chicago. Don’t get me wrong, I’m grateful that I haven’t suffered. I don’t think I would make a good sufferer, actually; I’m too wimpy. But it’s not like I can say, “My book is about how I found God while I was held hostage for six years in a Turkish prison.” That would be a hook.

On the other hand, what a two-sentence hook about my book can’t describe is this: that it’s a universal story. Sure the words on the pages are mine, and they describe my personal faith journey, but the truths embedded in those stories – truths about joy, pain, fear, doubt, hope – are woven into your life, too. These are the truths that connect us. These are the truths that comprise the fabric of life, your life and mine.

A good story can do that.

A good story can bond you to someone you’ve never met and introduce you to your own unique place in this world.

A good story can make you think about your own faith, ask questions you might not have otherwise, discover truths you didn’t even know existed.

Last week I tried to convey all this to Rachelle, but since I’m a writer and most definitely not a speaker, I’m not sure I succeeded. In fact, I’m quite sure I bumbled and stuttered and perspired rivers while I paced around the living room with the phone pressed to my sweaty ear.

And then, once I was off the phone, I promptly announced to Brad that I was going to quit this whole writing business.

“That’s it. It’s hopeless. I’m done,” I told him (I do tend toward the melodramatic, you know). “It’s useless. I’m pathetic. I don’t have a story. I can’t hook a reader. I can’t even describe my own book. Thank God I didn’t quit my day job.” (I also enjoy a good pity party from time to time).

Then Brad hugged me and talked me off the ledge (how many times do you think he’s done that already?), and we laughed a little when he mentioned that I can’t quit now because really, I’m right in the middle of this thing. Which is true. Brad is really good about pointing out details like that.

And besides, as I told my sister later on the phone, “I can’t imagine quitting for real. This whole writing thing is completely woven into who I am now. What am I gonna to do? Go back to watching HGTV and organizing my spice rack?”

“Actually that works pretty well for me,” she said. And then we laughed about it together, because that’s what sisters do.

So tell me: What do you think? Can a hookless book sell? And have you ever read a book that helped you understand something about yourself, even though it wasn’t exactly about you? [An example, I feel that way about Martha Beck’s Expecting Adam. While I don’t have a child with Down Syndrome, there was so much in that memoir that I could relate to on a very personal level]. 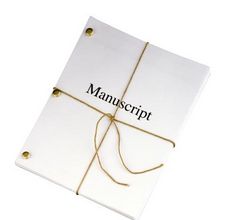 My best friend of more than 30 years was one of the first people to read a draft of my manuscript. I packaged all 299 pages in an envelope, mailed them 1,500 miles to her home and then chewed my nails ragged while I waited for her response.

I stalled for what I considered the proper amount of time. And then finally I couldn’t bear it any longer. I picked up the phone and dialed her number.

“Soooo…what did you think?” I blurted when she answered. I tried not to sound desperate and sweaty. “Do you like the book? Have you finished it? What do you think so far? Seriously, you can tell me the truth. I mean it!”

…I’m writing about a tough critique over at the WordServe Water Cooler today. Will you join me over there to find out how it all turned out? [and if you haven’t been over there yet, the Water Cooler is a great place to learn more about the business of writing and publishing] 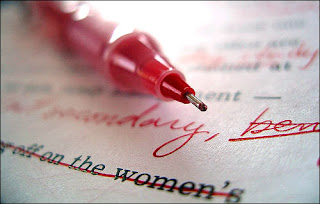 “So I’m thinking about hiring a professional editor to review my manuscript,” I suggest one night to my husband as we stand in the kitchen.

“Why do you think you need to do that?” Brad asks.

I understand his skepticism. While my husband has always been 100 percent supportive of my writing, $450 is a steep price tag for editing a book by an author without a publishing contract…or an agent. Plus Brad has read the manuscript, along with ten or so other readers, and I’d already edited it no fewer than 300 times. What more could a professional editor do, he reasoned?

…I’m doing a rare post on a Saturday because my agent, Rachelle Gardner, is featuring a guest post by me over at her place! Will you hop over there and read about why I decided to hire a professional editor for my manuscript? [this is kind of exciting, you know!]