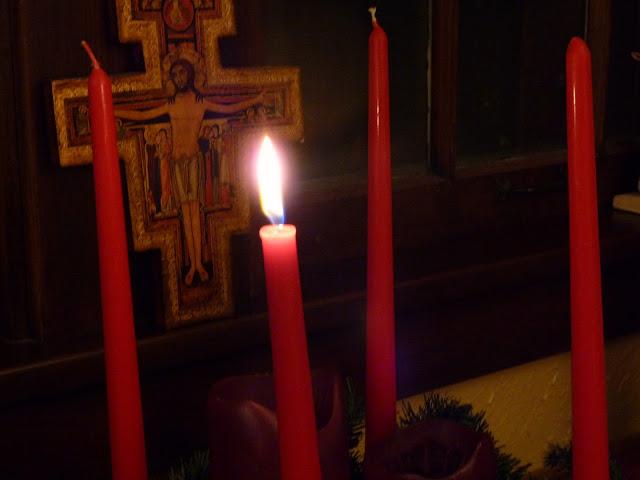 I set the advent wreath on the sideboard in the dining room, and each night at supper I light the candles and read a devotion. I’m using two new sources this year: The Family Book of Advent and Ann Voskamp’s Advent devotional booklet.

I admit, the reality of this scene doesn’t always match my expectations.

For one, this is as far as we got with our Jesse Tree this year: 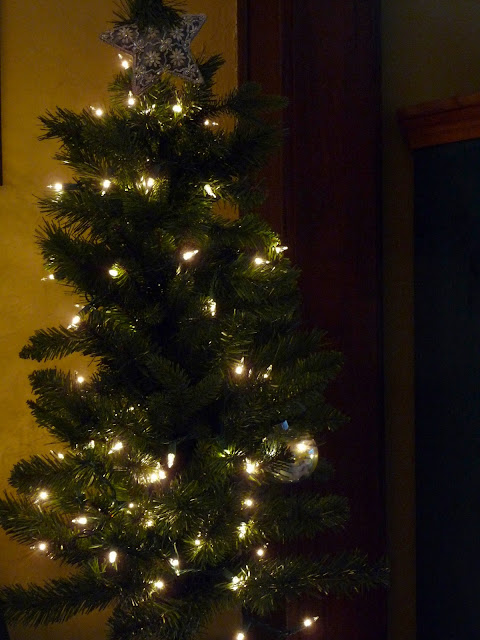 You’ll notice it doesn’t actually have any decorations on it. That’s because I ran out of printer ink when I was printing Ann Voskamp’s devotional book, so I didn’t print the pages with the ornaments. And by the time Brad bought more ink and installed it into the printer, I realized I didn’t have any card stock on which to glue the printed-out ornaments, so I decided the tree was good enough as is.

I got the tree this year, right? That’s something. Next year I’ll try for the ornaments.

And two, the devotional conversation doesn’t always leave us inspired. 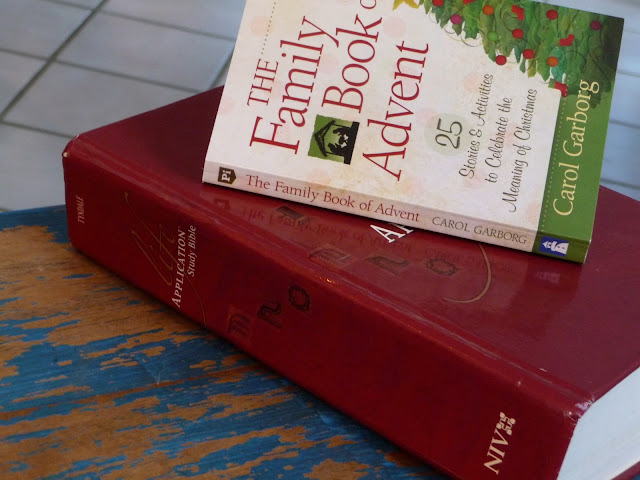 Last week, for instance, I struggled to explain the notion of the Jesse Tree to Rowan:

“So it’s like the redbud tree stump in our backyard,” I explain. “Remember how it was just a stump for a while, and we thought it was totally dead, and then it sprouted a branch that started to grow into a tree again?”

I continue. “So the stump is like our broken world, where things fall apart and people sin and are mean to one another. But Jesus comes to us in that bad place, and he is new growth. He makes everything new and growing again.”

“I get it,” says Rowan, and I nod my head expectantly. “So it’s sort of like dead raccoons, right?”

He is serious, and I’m disturbed, because I can’t possibly see how any of it, the stump or the tender shoot or Jesus, is anything like a dead raccoon. And I wonder if he’s normal, or if this is some sort of red flag moment.

Should I be worried that my kid just mentioned dead raccoons as part of our Advent devotional?

I try to figure out what in the world Rowan is talking about, but it’s no use. The devotional has spiraled into the absurd, and now both boys are giggling and silverware is clattering to the floor and the moment has evaporated. So I close the book and look over at Brad and say simply, “It always seems like such a good idea on paper, doesn’t it?” 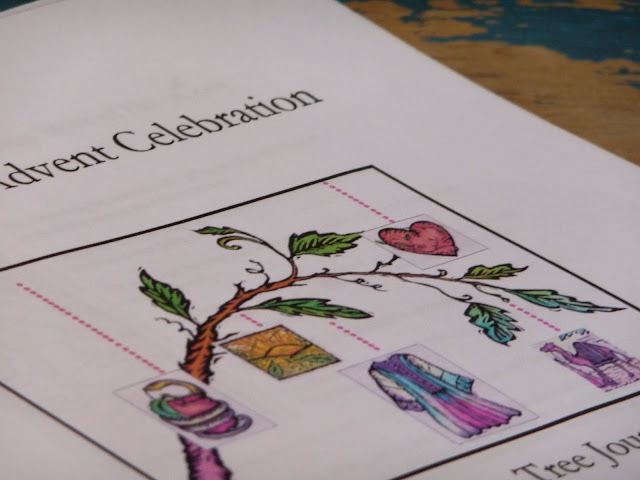 It is, frankly, better on paper. The expectation is better than the reality. But that doesn’t mean we give up.

Some nights we have five minutes or so of decent conversation – the kids ask a question that makes sense and isn’t revolting. And we talk about Mary and Joseph, and what it must have been like for them to bump along on a donkey toward Bethlehem and how Jesus was born a baby in a barn, and what that means for us today.

Some nights we pray and talk. And some nights I close the Bible and the devotional book, breathe deeply and think, “It is good.”

Do you read devotions during the Advent season? What resources do you use?

This is Part Three of A Different Advent series. Click here to read past posts.

Next week: The Christmas Story

A Different Advent: The Christmas Story
What to Do with Your Arms at a Christian Conference