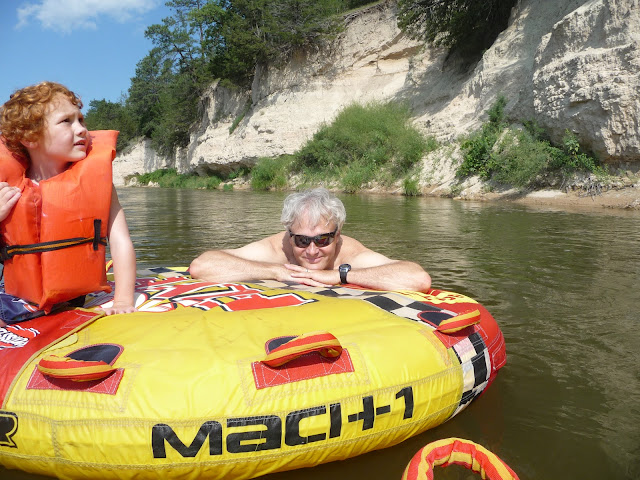 When I announced to my kids recently that I would be leaving my part-time job at Nebraska PBS/NPR to pursue a freelance writing career, Rowan’s first question was, “After you’re done being a writer, will you become a veterinarian?”{perhaps some projection on his part there}

After I assured my children that veterinary science was out of the question, especially considering the fact that I find cats creepy and am genetically programmed to abhor dog hair, their next question was this: “So are we going to have more money now so we can go to Florida and buy more stuff?” When I explained, in fact, that not only would we not have more money, we would undoubtedly have quite a bit less, at least for a while, they seemed almost panicky.

I can’t blame them, really. They hear Brad and I talk frequently about money – what we can and can’t afford, the status of our savings account, how our 401(k) is weathering the volatility of the stock market. They listen to us explain to them why we won’t be purchasing the Nintendo 3DS Portable Gaming System or a new flat-screen TV, or why, just because they break a favorite toy, we aren’t going to zip over to Target and replace it with a new one.

But what the kids don’t hear us talk a lot about is the reasons why we’ve chosen the professions we have, despite the fact that there are more lucrative options out there. That, I think, is a grave oversight.

Truthfully, the day-to-day reality of Matthew 6:21 isn’t always easy. “For where your treasure is, there your heart will be also” looks great on paper, but is remarkably difficult to live out in real-life.

The other night at dinner as we discussed what my move to freelance writing will look like for our family, Rowan asked Brad, “So why do you work part-time?” Brad and I laughed hard at that one, because, in fact, as an English professor, Brad does work full-time.
We explained to the kids that the flexibility of Brad’s schedule – that he doesn’t teach during the summer, that he’s home every day in the late afternoon, that he’s able to attend virtually all of their games and extracurricular activities, picks them up from school several days a week and even volunteers in the classroom from time to time – is one of the reasons he chose that career path (that and the fact that he loves literature and enjoys conveying that appreciation to others). That flexibility enhances our quality family time, we explained, and is even more valuable to us than a bigger paycheck.

Later, after the kids were in bed, Brad wondered aloud whether they realize or will ever appreciate what a rare gift they’ve been given. Honestly, I don’t know. What I do know is that even if they don’t consciously realize the benefits of quality time versus a heftier paycheck, on some level I think they’ll understand that their parents’ hearts and treasure were in the same place.

Doing
God-Talk in the Office