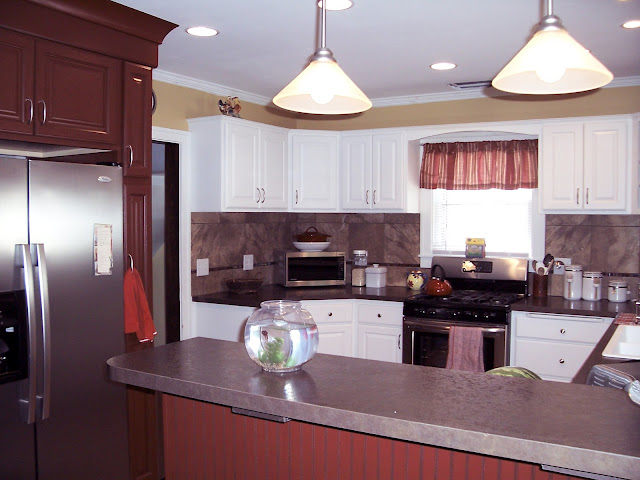 “We have a small kitchen,” he noted, sitting on the counter, a plastic bowl of Cheez-Its in his lap.
“Actually, we don’t,” I answered. “Not really. Not compared to most people in the world.”

I chastised Noah, yet I knew he was only repeating what he’d heard from my own lips. I’d complained about a too-small kitchen, a too-small house before. More than once.

Later that night Noah stood next to me in his pajamas as I clicked through Ann Voskamp’s post about her trip with Compassion to Guatemala.I paused on an image of a kitchen.
“What do you think about that kitchen?” I asked Noah, pointing to the cinder block walls and the cement floor, the dingy sink with the tumble of plastic plates and the ramshackle cupboards with no doors.

“It doesn’t look very nice,” he admitted, his eyes glued to the computer screen.

“Why aren’t there any windows?” he wondered. “And what’s that blue stuff for?” He pointed to the plastic tarp pulled loosely over the gaps between the tin, a flimsy shield against wind and rain.

“I definitely wouldn’t want to share my room with Rowan,” he said quietly.

That night Noah and I talked for a long time about what we have. We talked about our home here in Nebraska – our newly remodeled kitchen with the six-burner gas stove and the stainless steel fridge; our two bathrooms; our goose feather pillows; our backyard patio with the striped umbrella and cozy seat cushions and fancy potted plants.


That was the night I decided to stop shopping for a year, and use the money I saved to sponsor a child through Compassion.

Twelve months later I clicked on Pedro’s picture on the Compassion site – five-year-old Pedro, who lives in Bolivia with his mother and five siblings. “How about this little guy?” I’d asked Noah and Brad, who were standing next to me. 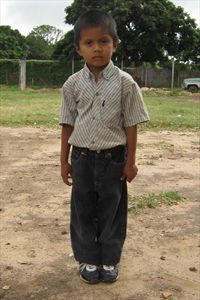 Pedro Mae was the one.

Sponsoring Pedro has helped our family connect in a real way to people in need. It’s one thing to think vaguely about “doing something” (thinking vaguely: something I’m very good at), but it’s another thing entirely to connect a beautiful face and a very real person with a cause.
It’s one thing to know and be paralyzed by the fact that more than 26,500 kids die every day due to preventable causes related to poverty (statistics from The Hole in Our Gospel), but it’s another thing entirely to do something about it, even if it’s only a little something.
I know Pedro is only one boy in 26,500. And sometimes that feels insignificant. Small. Almost inconsequentially small.
But when we receive a letter from Pedro or his sister or his mother, we realize that to sponsor even just one child isn’t inconsequential at all. Because a child – even just one living, breathing, playing, laughing child living in desperate circumstances – is always significant.
: :
So here’s the real deal. September is Blog Month at Compassion, and their goal is to find sponsors for 3,081 kids around the world. You can sponsor one of these kids. For $38/month, you can decide to change a child’s life – a decision that will have beautiful, powerful, lifelong consequences.
Will you consider it? Click here for details.