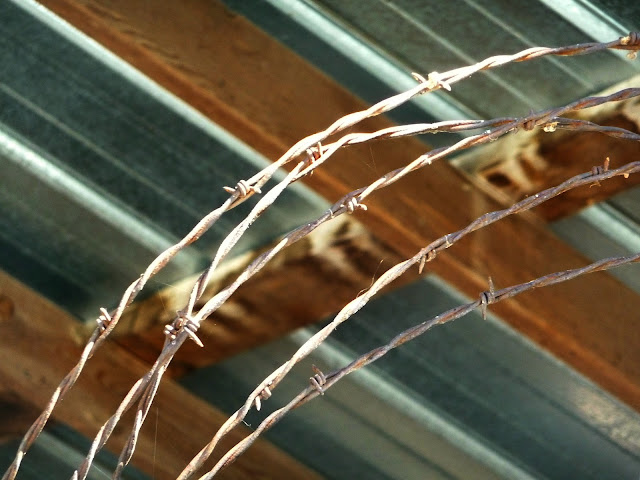 Noah decides he’s a vegetarian on the drive out of town, as we bump over the gravel road, leaving a smoke screen of dust sitting like a gauzy curtain behind the mini van.
“Right now? Right this very minute, you’re suddenly a vegetarian?” I fume. We’re headed to a friend’s farm for lunch. A lunch of grilled hamburgers, beef from our friend’s very own cows. I’m puzzled. Noah typically loves hamburgers.

“Where in the world do you think the SuperSaver meat comes from?” I ask. “I hate to break it to you, honey, but Peter’s cows on the farm are the exact same kind of cows that get plastic-wrapped and stacked into the meat case in the grocery store. The same kind of cow that’s sitting in a package in our freezer right now.”

“It’s just too…too…too close, with the cows, like, right there, practically right outside the kitchen,” he says quietly, tears spilling over.

“You will eat the meat,” I declare, turning to glare at him in the back seat. “You don’t become a vegetarian today just because the cows are too close to the kitchen.”

I admit, I was hard on Noah that day. Especially when I consider the fact that I’ve balked from facing a harsh reality, too.

I think about all the ways I opt for the plastic-wrapped, neatened-up version instead of facing the hard, ugly reality. Like when I write the check to the local food pantry instead of showing up in person to look a homeless man in the eyes as I place a baked potato on his plate.

Or when I happily sponsor two girls in Tanzania and one boy in Bolivia, patting myself on the back for my compassion and generosity, and then balk at the thought of traveling to a third world country in person, to glimpse a shack the size of my laundry room for a family of eight and raw sewage flowing down the streets.

Or when I know I should pick up the telephone and call the grieving friend, but I send an email instead, afraid to come too close to her hard, raw pain.

I know what it’s like to keep the cows a safe distance from the kitchen. I’m familiar with plastic-wrapped faith and saran-wrapped service.

All turned out well at the farm. Noah swallowed his fear. He sidled up close to discomfort and he took a bite. He ate the meat. I watched him from across the table, nodding encouragement as he took one tiny bite, then another.

He ended up eating half of the hamburger. Brad finished the other half on the sly. “Good job, Noah,” I whispered later, as we strolled through blue stem grass toward the pumpkin patch. “I know that was hard.”

“It helped that I couldn’t hear them mooing,” he admitted, and I laughed, nodding. “Yeah, I know,” I said, my hand on top of his sun-warmed hair.

So what about you? What are some of the ways you keep your faith or service all tidily wrapped up in plastic?