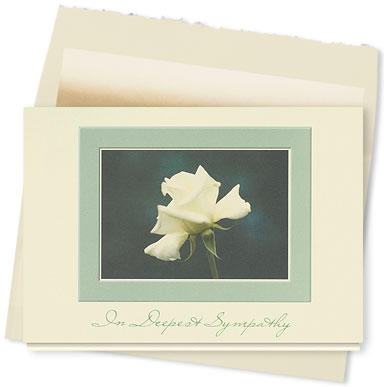 Nana was matter-of-fact when it came to God and heaven. She insisted my sister and I inscribe our initials on the bottom of every Hummel and Royal Dalton lining the living room mantel. “Pick which ones you want, girls,” she’d tell us. ”Where I’m going, I won’t need a thing.”

She also took a decidedly practical approach to funereal fashion.

“Now when I die, this is the dress I want to be buried in, girls,” she’d instruct, rifling through her closet while Jeanine and I protested, “No! No! Bleh!! Nana, yuck!” She’d carry on, detailing her funereal outfit down to girdle and shoes, every now and then testing us – “Which dress did I say, girls?” – to ensure we had committed her selections to memory (We did. More than 25 years later Nana was buried in the dress she had chosen).

As a nurse Nana had seen her share of death; she had even cared for Papa’s younger brother Roland in their home in the months leading up to his death from cancer. Jeanine and I begged for macabre stories from her R.N. days; we even tried to cajole Nana into telling us which of the two beds in the guest room Uncle Rollie had died in. She refused, of course, so when she turned off the light and kissed us goodnight, we taunted each other over who was sleeping in the “dead bed.”

Of all her stories, though, there was one she never shared. Baby Paul, my father’s younger brother, died just a few days after his birth. In our youth we were innocently cruel, asking Nana over and over about baby Paul, but she always brushed us off, never revealing any details about the circumstances of his death. It wasn’t until Nana’s wake decades later that Jeanine and I learned about the impact of Paul’s death on her.

As we stood by Nana’s casket, Ann pulled a folded sheet of notepaper from her purse. My grandmother had written her the note after Ann had lost her own baby, and on that rosebud-embellished paper, yellowed and wrinkled soft through decades of handling, Nana’s anguish was finally revealed.

This note, I realize now, is the most telling testament of Nana’s faith. In it she offered practical advice, urging Ann to rest and get her full strength back before resuming household duties. But she also wrote explicitly about God and his comfort.

“It was just twenty years ago that our little Paul came – and left us to be an angel,” Nana wrote. “Knowing how I felt those twenty years ago and every day and year since, I know your little one will always hold a very special place in your hearts.”

Then she wrote the words that reflected the deep reservoir of faith that thrived beneath her sparkling, sassy exterior. “I am sure this is just the very beginning of the trials, and heartaches, and joys, and happiness of married life,” she said. “God is good, and as young Catholic parents you will carry on with courage and grace.”

Despite her own anguish and pain, despite the devastating loss of her own infant son, despite that and all the other trials and heartaches life had tossed her way, my grandmother felt in her heart that God was good.

Nana’s faith was never so apparent as the day I stood next to her casket and read the words she had written forty-six years earlier to another grieving mother.

Sarah Bessey is collecting stories of Patron Saints and Spiritual Midwives in honor of International Women’s Day this week. Will you join us over there?   [The Blogging Benedict series will return next Friday!]

Hope Springs: An Easter Story
Hear It on Sunday, Use It on Monday: Glorious to See