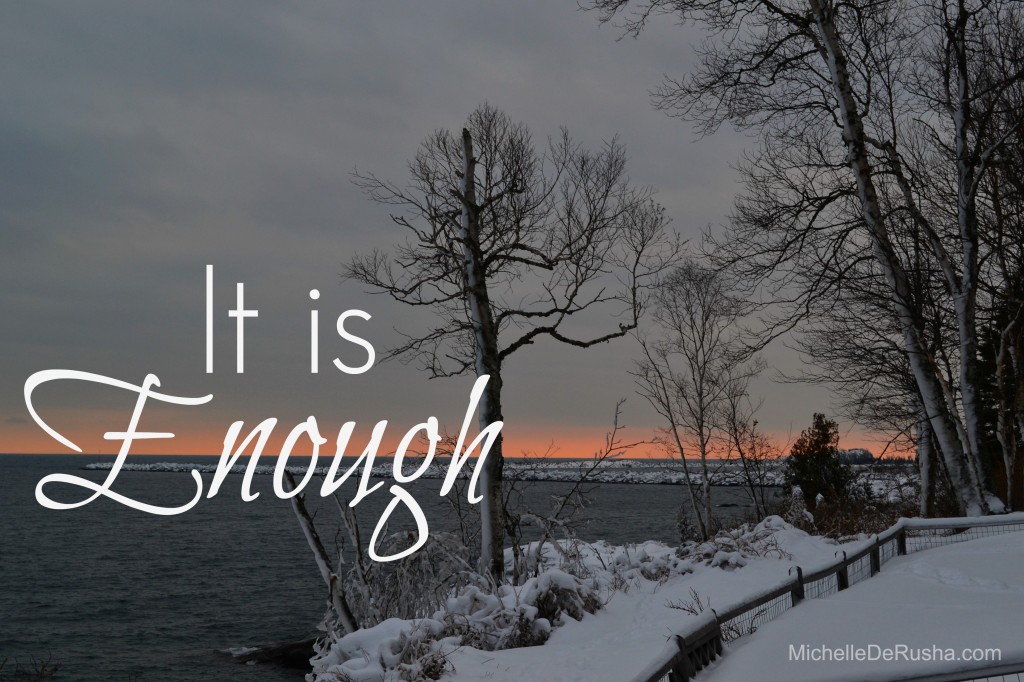 A girl can read a whole lot of back issues of More Magazine on a seven-hour drive home from Minnesota before the word sinks in.

So there I am, staring out the window at the white fields and cartwheeling windmills of Iowa, More Magazine open on my lap, when the word slips quietly into my consciousness.

“What kind of word?” he asks, pulling out his earbud. He’s listening to Wild in one ear while he drives. The kids play MineCraft on our phones in the backseat.

“You know,” I say, “like a touchstone. A word to guide me throughout the whole year. A word I can come back to when I go astray.”

Truthfully I had no intention of choosing a One Word this year. I’d been there, done that, didn’t really feel the need to do it again. But clearly God thought otherwise, because he slipped that humble word right into my head in the middle of Iowa last Wednesday, just when I least expected it.

You see, God knows I have issues. I have a lot of issues, actually. I sneeze way too loudly. I require clean, uncluttered kitchen counters to ensure my mental health. The Chipmunks make me want to move to Yemen. A school day cancellation after 16 days of winter break compels me to write Facebook posts that rant, “I’m going to light my hair on fire and run down the street naked.” And in addition to these issues and many, many more, I also have a tendency to want more.

And so, as January unfurls into February and soon March into April, and my very first book lands on bookshelves and in the Amazon warehouse, wherever in the world that is, I know my issue with wanting more is going to ratchet right up into the stratosphere.

Which is why God knows my 2014 needs to be about enough.

Enough, no matter what.

No matter what happens, or doesn’t happen, it is enough.