Christopher Kraker isn’t a blogger or a social media guru, but when I put out the call here and on Facebook for volunteers to join the Spiritual Misfit launch team, Chris was one of the first to join. That’s the kind of person Chris is, always willing to offer a helping hand and an encouraging word. Chris is one of my husband’s oldest friends – I met him for the first time back when Brad and I were dating, and I was immediately drawn to his quirky, warm sense of humor and his kind spirit. I’m so glad Chris is here today to share his Misfit story with us. 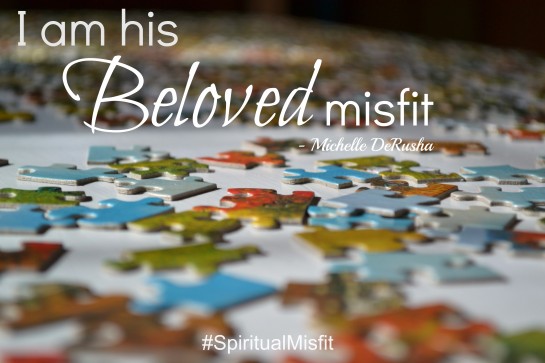 As my friend Brad and I stepped toward the curb, the man grabbed my shoulder and pointed. In Road Runner-quick speech he said, “Do you know if you crossed that street right now and got hit by a car and died would you go to heaven or hell let’s pray.” Before I knew what was happening I was praying the sinner’s prayer. Halfway through the prayer I was startled, again grabbed by the shoulder and yanked away by my friend’s father, as he said, “Don’t ever talk to those people!!!” And so continued the inner and outer spiritual conflict into which I was born.

I was a misfit from birth — literally born backwards, breech — and thrust into the arms of my parents, whose interfaith marriage was considered controversial at the time (1965). My paternal, Norwegian grandmother grew up Lutheran and converted to Catholicism when she married my Slavic Catholic grandpa. My German/Polish maternal grandmother grew up Catholic and became Lutheran when she married my Lutheran Norwegian grandpa Orval Thor (doesn’t get much more Scandinavian than that!) So my father was raised Catholic by a Lutheran mother, and my mother was raised Lutheran by a Catholic mother. When ma and pa Kraker married in 1965 (already pregnant with me), they embraced the 60’s trends of social upheaval and married in the Catholic Church, although my mom remains Lutheran to this day.

At some point in grade school I had my first “Jesus” moment while at a Pentecostal revival night with another close family friend. At the altar call I repeated the sinner’s prayer for what seemed like the first time. After they asked first-timers to come forward to be prayed over, I started toward the stage, but halfway down the aisle got scared and turned around. This wouldn’t be the first time I’d run to God, only to find myself conflicted mid-route.

On Sunday mornings I eschewed cartoons in favor of Jim Bakker and Jimmy Swaggart, or whatever other TV preacher caught my fancy. As I lay in bed on Sunday evenings I listened to a delicious mix of Billy Graham and the Lutheran Hour of Power.

In ninth grade I went to a Baptist lock-in, and at  4 a.m. – after watching the infamous “The Cross and the Switchblade” – I quietly prayed for Jesus to be Lord of my life. About a week or so later I went out with my buddies and got drunk or the first time. I didn’t know where I belonged, so I tried to fit in everywhere. I fought an inner and outer war, wanting to follow Jesus wholeheartedly and wanting to be accepted. For two years I partied with my friends and then later read the bible before I went to sleep.

In high school Young Life and FCA (Fellowship of Christian Athletes) gave me a chance to have clean fun and dive into scripture. Being a top honors student allowed me to impress the teachers and please my parents. Playing football meant I could hang out with the jocks and continue to “party.” Being an Eagle Scout demonstrated my civic-mindedness. And at the same time I tried to please God and continued faithfully to serve as an altar boy, while knowing little to nothing about my Catholic faith.

In college my inner search grew more complicated. I had a tremendous faith encounter in which I was “baptized” with the Holy Spirit, received the gift of tongues and experienced many other interesting manifestations of God’s power and love.  I also started to learn more about my Catholic faith.

Today I am a bible-toting, born-again, spirit-filled Roman Catholic who goes to confession once a month and thinks Pope Francis is da bomb!

In my many misadventures, I have come to one conclusion: “God’s will is to save us…God’s desire for our salvation is the primary and preeminent sign of his infinite goodness.”

At every step of the way He is present, whether we realize it or not, reaching out to us in love in the arms of Jesus, inviting us to come to him. The Catechism of my faith says it best:

“God, infinitely perfect and blessed in himself, in a plan of sheer goodness freely created man to make him share in his own blessed life. For this reason, at every time and in every place, God draws close to man. He calls man to seek him, to know him, to love him with all his strength. He calls together all men, scattered and divided by sin, into the unity of his family, the Church. To accomplish this, when the fullness of time had come, God sent his Son as Redeemer and Savior. In his Son and through him, he invites men to become, in the Holy Spirit, his adopted children and thus heirs of his blessed life.” (CCC 1)

I’m still a misfit. When I attend what most consider a boring mass, I want to raise my hands and dance around and praise in tongues because Jesus loves me. When I’m with my mom’s side of the family, I have to be conscious of not making the sign of the cross or doing anything too overtly Catholic. And when my Catholic friends say a prayer, I wrestle with the feeling that somehow it doesn’t count because they didn’t end it with “in the name of Jesus.” But in all of this, Christ gently reminds me that my only call is to be like him, the King of misfits, who so-didn’t-fit-in they crucified him.

After note: God has a master plan, and little did I know that in seventh grade, Michelle’s husband (the Brad in my story) and her late father-in-law (the dad who yanked me away from the street preacher) would be the beginning characters in a guest blog about being a conflicted misfit, all to help promote a book she wrote about God’s love and grace. And I also failed to mention that my “party” friends included the very same Brad! 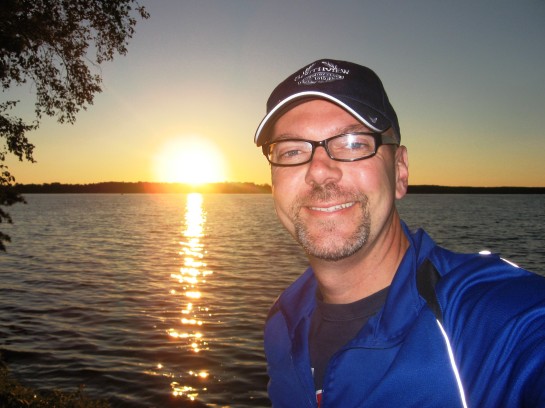 A definitive non-blogger, Christopher will reluctantly pen his thoughts to cyberspace when compelled by a good friend’s wife who is trying to sell books. After 24 years of ministry in the Catholic Church, discipling and training young adults to love Christ and live lives of service (or as one good friend’s mom put it: “preaching Jesus to the Catholics”), he “retired’ and became a Farmers Insurance Agent. Despite parenting four kids ages 6 to 21, he still finds time to golf, garden, run, play racquetball, coach, play guitar, and listen to his lovely wife tell him all about the many great books he’s too lazy to read. If you’re desperate for someone to wish you a happy birthday, you can friend him on Facebook. 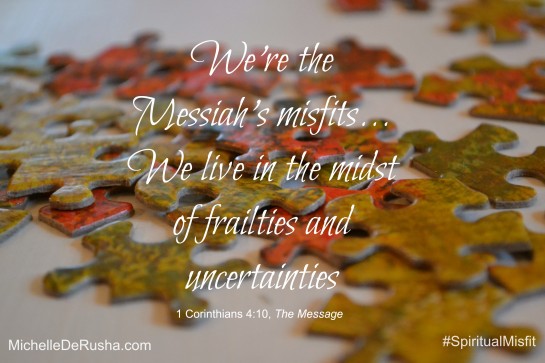