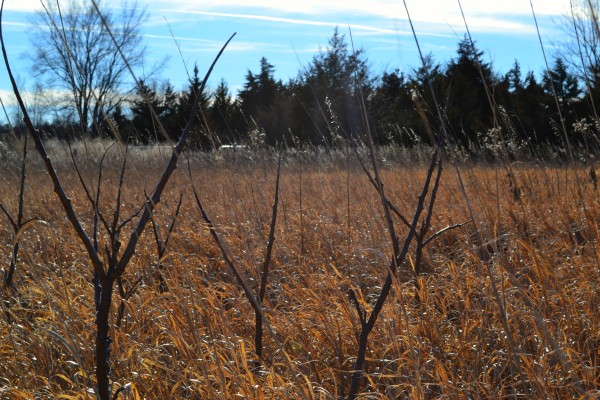 We passed each other on the path several mornings a week. He walked slowly, shuffling, staring ahead with a stern, almost angry look on his face. Occasionally he rode a bike, the old-fashioned kind with a wide seat and no gears. He sat straight and tall like a diplomat, his winter coat flapping open in the breeze. When I waved or said hello, he didn’t make eye contact, but held up his hand, palm out, as if to offer me a high-five.

One morning, as we traveled in the same direction, I passed him as he was walking. “How far are you going?” he called out to my back.

“Four,” I answered, turning around, still jogging backwards. “Four miles. What about you?” He told me he was walking six; the same route he walked every day, unless he decided to ride his bike instead. I was impressed. The man was far from young, although it was hard to discern his exact age. I thought seventy; maybe even eighty.

We chatted for a long time that morning. Because his accent was so thick, I had to ask him to repeat himself numerous times. He told me he was Pakistani; his name was Mohammed. He had five children; his wife died several years ago. He lived with his son here in Lincoln.

“No, no, no,” he said, shaking his head and waving his hand dismissively. “Pakistan and India, very different, very different.” Mohammed seemed annoyed, although it was a little hard to tell because he never smiled anyway.

Only much later did I realize he probably didn’t appreciate the fact that I’d lumped Pakistan together with its arch-enemy India. I’d managed to insult Mohammed in the first five minutes of our conversation.

After that first meeting, Mohammed and I talked on the path at least once a week. One of the times we chatted he mentioned he was Muslim, but had been attending the Mormon church in town. I couldn’t quite figure that one out.

Whenever I saw him, Mohammed always asked me the same question, “How far you are walking?” And I always had to bite my tongue from answering, “Does this look like walking?” as I wiped sweat from my brow and heaved like a Clydesdale.

One day, about a month after our first conversation, when I stopped to talk to Mohammed he wanted to discuss food again – it was a popular topic with him.

“Nope,” I answered, shaking my head. This time I didn’t mention my love of Indian food.

“You need to come then. I make you Pakistani food. Your husband and children come, too.” Mohammed proceeded to give me elaborate directions to his house, only a quarter of which I could make out through his accent.

“Okay, sure. Yeah. That would be great. Maybe we’ll come to dinner sometime. Thanks for asking,” I stuttered.

Mohammed took a slip of paper and a pen from the inside pocket of his jacket. “Here,” he said, handing them to me, “you write your address.”

Now I was confused. The whole language barrier thing was making this exchange terribly complicated. Had I misunderstood? Had I just inadvertently invited Mohammed to my house for dinner?

“Oh, um, okay,” I said, stalling. “Well, how about just my telephone number? You can call me, okay? I wrote my cell number on the slip of paper and handed it to him.

Had I just made a date with an eighty-year-old Pakistani on the bike path?

Later I announced to my husband and kids that we might be going to Mohammed’s house for dinner. I also mentioned there was a chance he might be coming to our house; I wasn’t totally clear on the details. “What?” Rowan yelled. “Pakistani food? What’s Pakistani food? It sounds gross! What if I don’t like it?”

As it turned out, we didn’t go to Mohammed’s house for dinner, and he didn’t come to our house either. Mohammed never called. In fact, more than a year went by before I saw him again. For a long time I looked for him every time I ran. I missed his grumpy, unsmiling face and his high-five wave.

Back in the sixth century a monk by the name of Benedict of Nursia had a lot to say about hospitality. So much, in fact, he wrote what’s now known as The Rule of St. Benedict, a guidebook of sorts on how to live a spiritual life in community with others.

Among his many words of wisdom, Benedict conveyed to his monks that the notion of hospitality extended far beyond a home-cooked meal served on fine china and fresh hand towels laid out the guest bathroom. Benedictine hospitality was, and is, centered on the act of receiving a person as if he is Jesus himself:

“All guests who present themselves are to be welcomed as Christ, who said: ‘I was a stranger and you welcomed me’…By a bow of the head or by a complete prostration of the body, Christ is to be adored and welcomed in them.”

Think about this for a moment. As awkward and downright bizarre as it would surely be to bow your head to Christ in every stranger who appeared at your front door, or who stood in line ahead of you at Walgreens, or who sat next to you in the waiting room at the dentist’s office, can you imagine the radically transformative power of such an approach?

Can you imagine, for a moment, the possibility of seeing Christ in everyone, even in the people you might least expect to see him? I don’t think we’d ever be the same, which is exactly what Jesus, and Benedict, intended.

This was the kind of hospitality Mohammed showed me. He could have brushed me off after I’d demonstrated my complete ignorance of his native country and culture. But instead, he went above and beyond expectations by continuing the dialogue every time I saw him on the path and by inviting my family and me to his home for dinner.

Mohammed offered love, respect, community, camaraderie, and above all, the gift of Jesus in a stranger, exactly where I least expected to see him.

I saw Mohammed on the path again yesterday. It had been a long time.  He gave me a high-five wave as he road past on his old-fashioned bike, his winter coat flapping open in the breeze. I doubt he recalls the dinner invitation, or perhaps even who I am. But I smiled big when I saw him, remembering how he’d unexpectedly extended Jesus’s grace and hospitality, remembering how he’d shown me what it looks like to be Christ to a stranger.