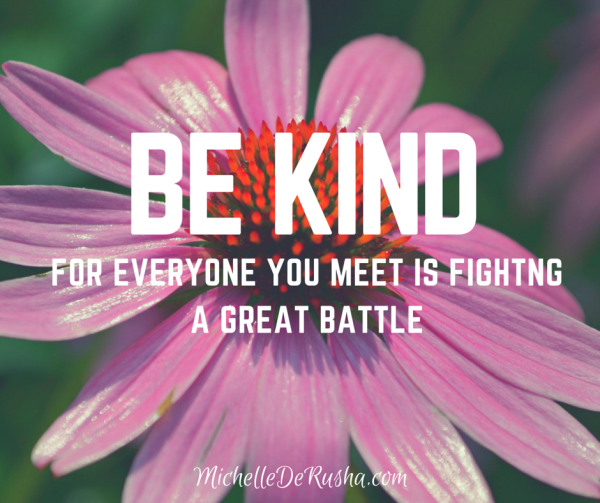 I stopped short in the driveway and stood staring. It all looked so normal, so everyday — the potted impatiens she’d planted in front of the garage, the Windexed windows, the kitchen light glowing inside. No one would have known what was going on behind that front door.  No one would have guessed from the outside that there was grieving and sickness, tears and joy mingled bittersweet.

I watched the grandkids play tag, climb the river birch tree. They yelled and laughed, falling in piles on the grass.

Later that same week I drove to church early on a Sunday morning. I stopped at red and then accelerated, and just at the last second I saw the car turn left in front of me. I slammed the brakes and glimpsed through the windshield a fist raised, mouths forming angry words, faces leaning forward, disgusted.

What I’d absent-mindedly taken for a stop sign was actually a red traffic light. I’d been distracted, thinking about labored breathing and cool extremities and the other signs of imminent death my husband had catalogued for me the night before on the telephone.  The couple in the oncoming car had turned on the green arrow; they’d had the right of way. The angry look on their faces accused, “Pay attention, stupid girl!”

I didn’t blame them for the angry words I couldn’t hear. Not really. I’ve done the same myself – muttered a searing response to the driver who cut sharply into my lane, the cashier who seemed grumpy and impolite.

It would be easier if we all resembled Atlas, the weight of the world plainly strapped to our backs. It would be easier to be kind to others if we clearly saw what they were carrying – the grief, the sorrow, the lost job, the estranged spouse, the addicted child, the dying mother. But we don’t know, we can’t always see the pain and suffering. We can’t always see what the other person is carrying.

“Be kind, for everyone you meet is fighting a great battle.” No one knows for sure who said it first. Some say Plato. Some say Philo of Alexandria. But the point is a good one.

We must always aim to be gentle with one another. Kind. Tolerant. Forgiving. We must always try to give one another the benefit of the doubt. Because at one point or another, the person who carelessly cuts you off at the red light, who hands you your change with barely a nod, who snaps at work, who doesn’t wave back – that person is carrying the weight of the world, a weight you can’t see. And your gentleness may be the balm that calms and soothes, the bit of peace that person needs.

{This is a repost of a piece I wrote five years ago this month, when my mother-in-law Janice was dying. It was a tough time, but that time also helped me understand why it’s important to try to give others the benefit of the doubt, to offer them gentleness, even when their actions and behavior don’t seem to make sense. I had looked fine on the outside; no one would have known the grief I was carrying in my heart.}

Put Your Kindness into the World
How to Be Kind, One Wave at a Time