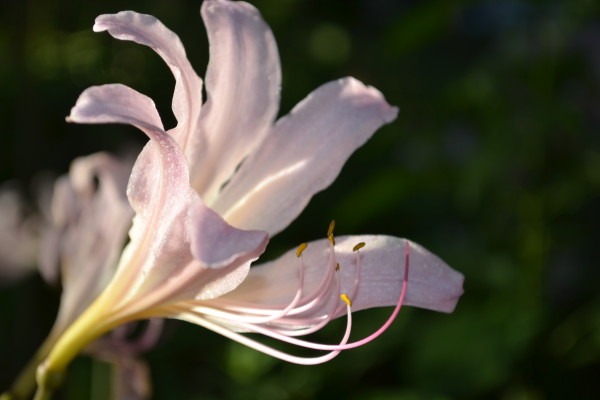 Back in May I spotted something new sprouting in my garden. I was pretty sure it wasn’t a weed, yet I couldn’t identify it. I peered at the strange plant every couple of days, waiting for a bud to appear.

It never did. Instead, at what seemed like the height of its flourishing, the plant began to wither. Its leaves yellowed and shriveled and finally drooped to the ground, where, after a few weeks, they disintegrated entirely into the soil. Two months after the first green shoot had appeared, there was nothing left to signify the plant had ever been there at all.

I forgot about that plant until two weeks ago, when suddenly a mysterious pink bloom appeared in my garden, a delicate lily standing tall atop a single stark stalk. I spotted these lilies all over town, their cotton-candy petals blooming in gardens, fields, and even in the middle of manicured lawns. I remembered, then, that two years earlier my neighbor had offered me a handful of bulbs. I’d buried them along the picket fence in the hard clay-dirt that fall, but I hadn’t held out much hope. I’d let the bulbs sit outside too long after my neighbor had given them to me, and by the time I’d gotten them into the ground they were dry and desiccated, literally crumbling in my hands. 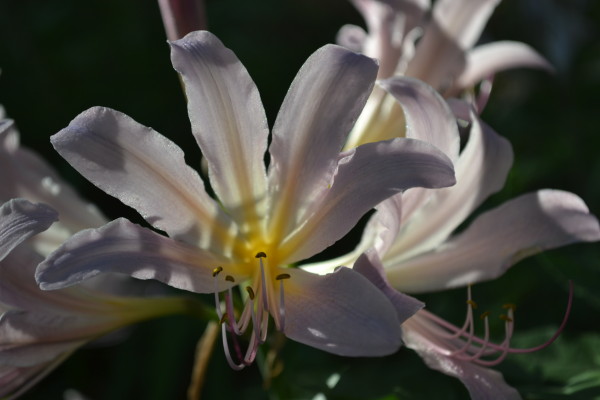 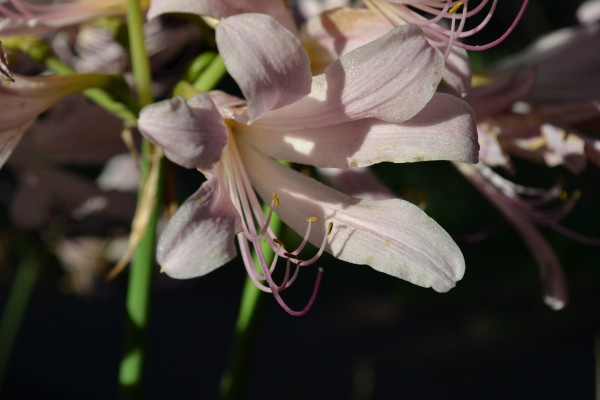 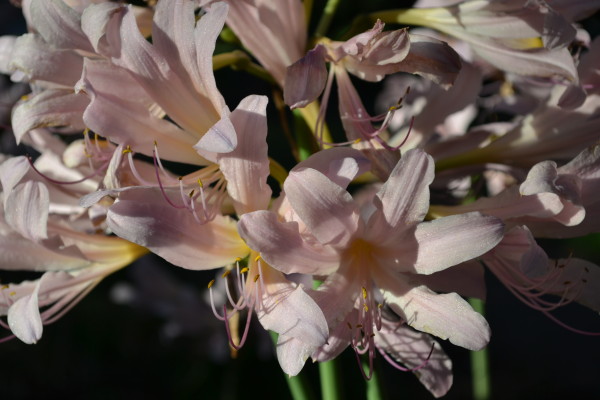 It took two years, but it turns out those bulbs did grow, and this summer for the first time they bloomed. They’re called Surprise Lilies (sometimes Resurrection Lilies or Naked Ladies), and the name suits. In the heat of the summer, when the garden is starting to look a bit bedraggled, a bare stalk shoots from the dirt and blooms into a dramatic spray of lilies in just a few days. It seems at first like this flower has sprung from nothing as if by magic. But that’s not actually the case. Although our eyes couldn’t detect it, below the surface, deep in the dirt, growth had been taking place. Those leaves that withered and disintegrated into the ground back in May had been feeding the bulb and the roots of the Surprise Lily all along, sustaining it in the dark, growing it in ways not yet visible.

If you’re anything like me, you’ve experienced periods in your life and along your spiritual journey that have felt hopeless and dark; months or even years in which you’ve felt stagnant, dry, and useless. It’s easy during times like these to think that God has abandoned you, that’s he’s moved on. Because you can’t see any discernible progress, you might conclude that nothing is happening at all.

But just because we can’t see movement right this minute doesn’t mean that important work isn’t happening below the surface, in the dark, beneath the dirt and grit that’s obscuring our vision. Sometimes God uses these very places – the dark, challenging, difficult experiences – to nurture, grow, and strengthen us. Sometimes he uses those times of seeming stagnation as a period of rest, preparation for critical growth and work to come. And sometimes God strips us bare in order to create new life in us.

Two weeks ago when I spotted the Surprise Lily standing regal and stately above the rest of the tired flowers in my garden, I was reminded that God often works the same way. Beneath the surface where we cannot see him, he is creating new life that blooms from death.

This post first ran on August 26, 2015 in the Lincoln Journal Star.

When God Is a Lot Like the Parent of a Teenager
Hear It on Sunday, Use It on Monday: In the Waiting