A year or so ago, my friend Amy Sullivan had an idea to write a series of picture books for young girls featuring strong Christian women from history. She pitched it to a few publishers, but alas, no bites. So Amy made a gutsy move: she decided to publish the series herself. I am delighted to announce that the first book in the Gutsy Girls series is now available on Amazon, and friends, it is brilliant: a fabulous, fast-moving story combined with fun, vibrant, energetic artwork. As I told Amy this week, it seems these days we parents have to work doubly hard to counteract the barrage of not-so-positive images and storylines our kids ingest from mainstream media. Sometimes, I admit, it feels like a losing battle, and that’s exactly why the Gusty Girls series is so critically important. The more tools we have, the better our chances of impacting and influencing our kids with the messages that matter. 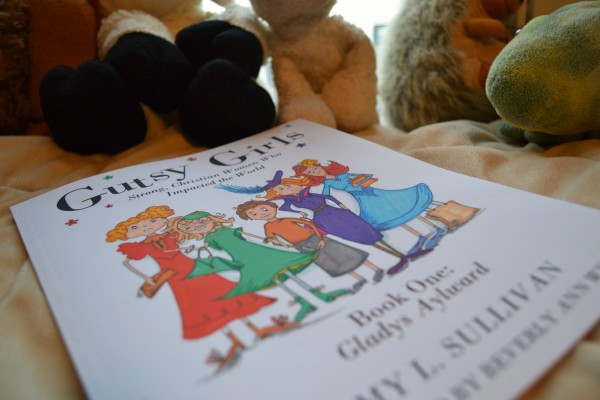 Text and Photos by Amy Sullivan:

If I think hard enough, I can remember times in my life when I acted bravely.

In sixth grade, I confronted a neighborhood bully who stole my jeans from a local Laundromat.

In ninth grade, I took on a gaggle of teens who were making fun of a student with disabilities.

When I was twenty-three, I planted myself in the middle of an isolated Navajo Reservation and loved on kids who were not my own.

When I was thirty, I hiked up a mountain with twenty-seven teenage boys. At the end of the trail, the boys and I took turns flipping off a twenty-foot cliff into the water.

When I was thirty-two, I discovered the power in praying for people I don’t know and places I’ve never been.

But if I think of right now, and I think of forty-year-old me, I can’t say my life is full of brave acts, and I am not just talking about flip-off-a-cliff-bravery. I am talking about living in obedience to God bravery. When I feel the Holy Spirit asking me to do something, I don’t want to evaluate it. I want to trust and act.

I want to live with gutsy faith, and I want my daughters to live this faith, too. 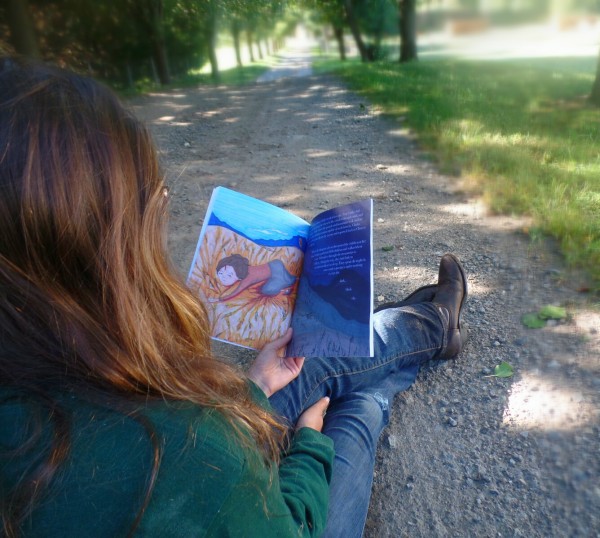 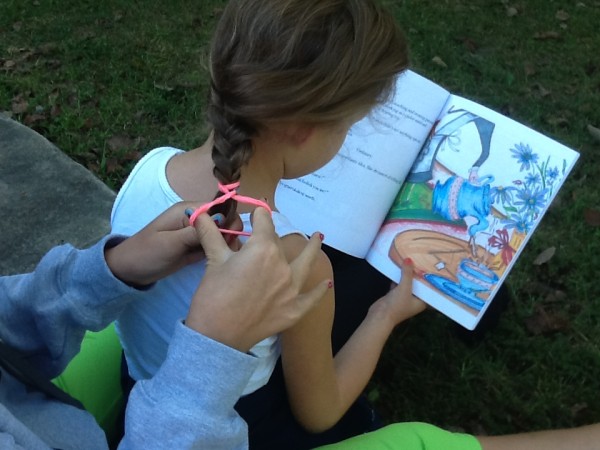 Confession time: my daughters have known who the Kardashians are for a long time, but they have only recently been introduced to Lillian Thrasher. They know about Miley Cyrus, but they know nothing of Elisabeth Elliot. They can recite facts about Taylor Swift’s childhood, but they aren’t sure why Mother Teresa is well-known.

I know. I can feel you shaking your head at my seemingly lax parenting, but what I’ve discovered is that despite internet filters, restrictions on TV shows, preset radio stations, and bans on all things trashy, the world is determined to tell my kids who to admire.

I pump gas while a video screen pumps footage of a scandal involving an NBA player. I stand in line at the grocery store, and another screen reports the details of a fallen starlet’s latest escapades. I go to the library, and magazines and newspapers document the beachfront mansion bought by a girl who is famous for simply being famous. The world shouts, and my daughters take it in.

If you combine my sincere prayer for my daughters to know what it’s like to live gutsy for God with my fierce determination to provide my girls with real heroes, you get Gutsy Girls: Strong Christian Women Who Impacted the World. 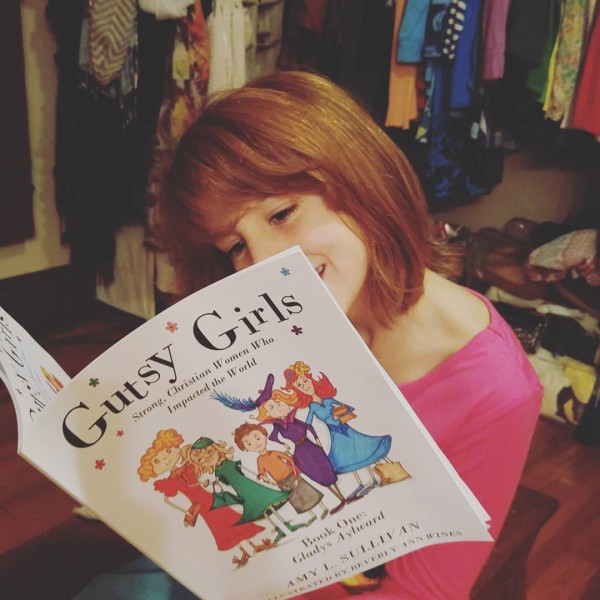 This picture book series focuses on one woman per book, and the first book highlights Gladys Aylward. Do you remember Gladys from Michelle’s 50 Women? If not, Gladys is woman number 42. Grab your book, and turn there fast.

Gladys was told she was not young enough, smart enough, or fluent enough to teach the people of China about Jesus. Determined Gladys ignored their advice, and set-out on an across-the-world adventure.

Gladys lived gutsy for God. She lived in obedience. She didn’t listen to those who  discouraged her from following the plans He had for her.

I am working hard to do the same. 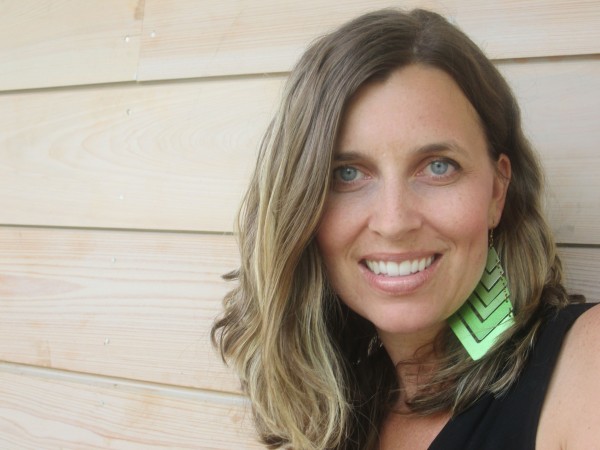 Amy L. Sullivan is the author of the picture book series Gutsy Girls: Strong Christian Women Who Impacted the World and the non-fiction book When More is Not Enough: How to Stop Giving Your Kids What They Want and Give Them What They Need. She writes for oodles of print and online publications, and she believes strong mamas raise strong girls. You can connect with Amy at her website, as well as on Facebook, Twitter and Instagram.

Have a young girl in your life? Be sure to enter the raffle for a chance to win one of two copies of Gutsy Girls I am giving away this week [email readers: click here and scroll to the bottom of the post]:

Who Are You?
A Look at the Luthers {and a giveaway!}