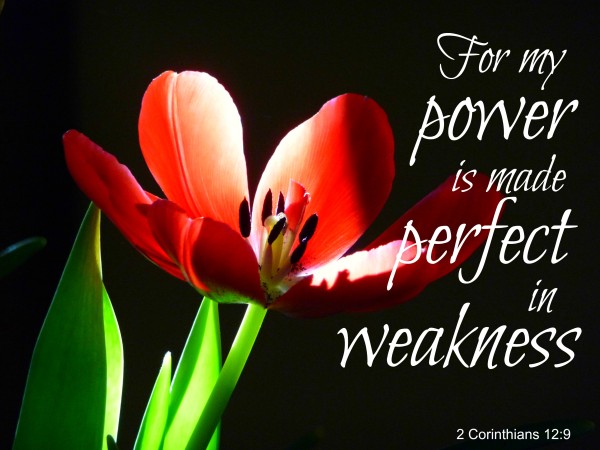 I spoke this past weekend at a women’s event in Iowa. It was a big deal for me because the event was my largest speaking event yet. When I pulled into the church parking lot at 7:30 Saturday morning, I texted Brad before I even turned the engine off. “This church is humongous,” I typed with shaky hands and a pounding heart. Turns out, the church wasn’t just humongous, it’s actually the largest Lutheran church in all of North America and South America, a fact I learned from the pastor’s wife during brunch…a fact which did nothing to settle my nerves.

I’m pleased to report that all turned out well. My heart raced and my voice quavered for about the first three or four sentences of my talk, but almost right away I noticed something that put me at ease: the audience was engaged and encouraging. Heads nodded, people made eye contact laughed at all the right places, and I could tell the message was resonating. It was clear the ladies were with me, and let me tell you, there is nothing more reassuring than that when you are a nervy-nelly speaker like me.

Later, when the crowds had departed and it was just me, the head of women’s ministry and the event coordinator chatting in the empty hallway, one of the women apologized. “I feel so badly about that one slide,” she said. “We don’t even know how it happened.”

I didn’t know what she was referring to. “The last one, where the text was split awkwardly,” she explained. “We checked and rechecked your slides a bunch of times, but we must have accidentally hit something at the last second that affected the text.”

In the moment, I was simply so relieved that the event was over and had gone well, I let her comment roll right off me. “No problem, I didn’t even notice,” I admitted. And it was true, from where I’d been standing on the stage, I hadn’t been able to see my PowerPoint slides well, so I hadn’t noticed the error.

Later that night as I lay in bed, though, the conversation came back to me, and suddenly, the mistake did matter. Suddenly, I found myself obsessing over it.

How mortifying! I thought. The audience must have thought I was a complete hack, an amateur, an unprofessional! There I was, calling myself a writer with a jumbo-tron sized error literally hanging over my head in 50,000-point type!

It didn’t matter that the mistake wasn’t mine. What mattered to me was the audience would have assumed it was.

An hour later, still staring at the ceiling and obsessing over something that had already happened and that I couldn’t change, I finally remembered the theme of my own talk that very morning.

I’d spoken about imperfection and flaws, brokenness and mistakes. I’d reminded the audience that God not only loves us, he also uses us — missteps, foibles, shortcomings and all — to further his kingdom here on earth. I’d referenced 2 Corinthians 12:9: “My grace is sufficient for you, my power is made perfect in weakness.” I’d talked about how God works best when we are weak.

But when it came right down to it, I struggled to believe the very truth I’d conveyed just hours before.

That’s the thing, isn’t it?  It’s a lot easier to talk the talk — to preach Jesus’ truth, and to really, truly believe it when you are doing so — than it is to walk the talk, to live out and trust God’s truth in real time. Honestly, it was easy to preach a message about imperfection when it applied to someone else. But oh how I struggled to believe those same words when I was suddenly asked to apply them to myself.

I think God knew I needed to walk the talk, to live out his Word in the here and now and to believe in my heart that his truth applies to me too.