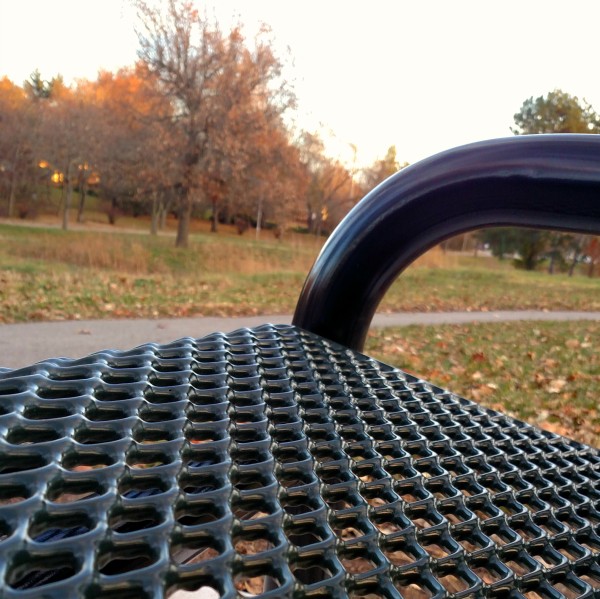 I’m still sitting five minutes a day. Well, not quite every day; I’ve missed a few sits here and there. But most afternoons, sometime between four and five, I sit for five minutes on the park bench alongside the walking path. It still feels a bit awkward. Josie looks over her shoulder at me from time to time, as if to inquire, “Remind me again why we are just sitting here?” But ever so slowly I am settling into this practice.

Even though my general surroundings don’t vary much from day to day — it’s the same bench, at the same curve in the path, within the same grove of trees — I am beginning to notice subtle variations.

Like the light, for instance. It differs, depending on the time of day I’m at the bench – even if the time only varies by ten minutes or so from one day to the next. At 4 p.m. the tree in front of me is fully lit by the late-afternoon light, but the following day, if I’m there just 20 minutes later, I notice only the tips of the bare branches are touched with gold. 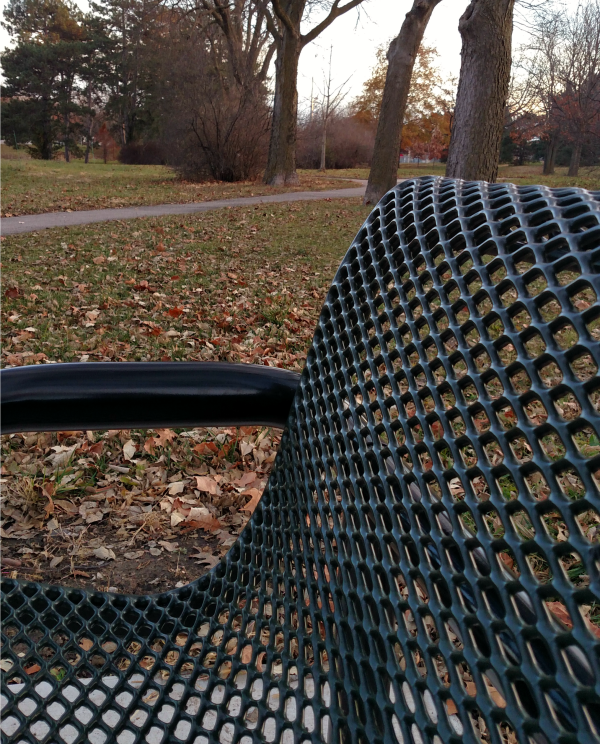 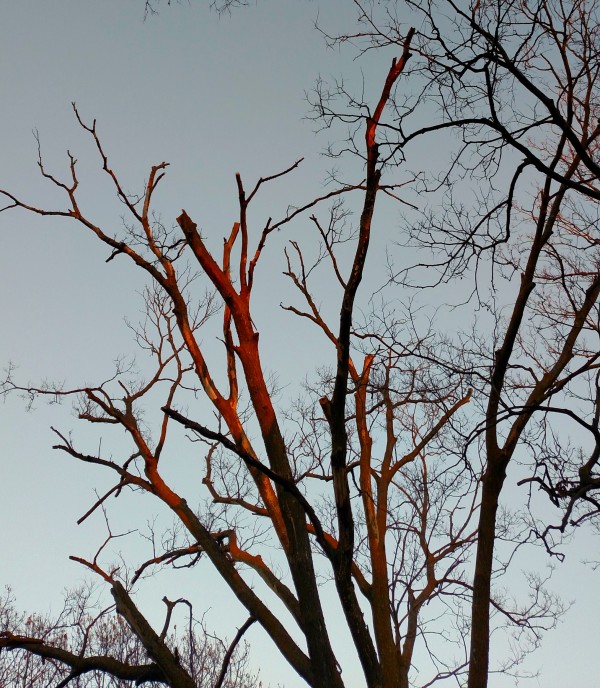 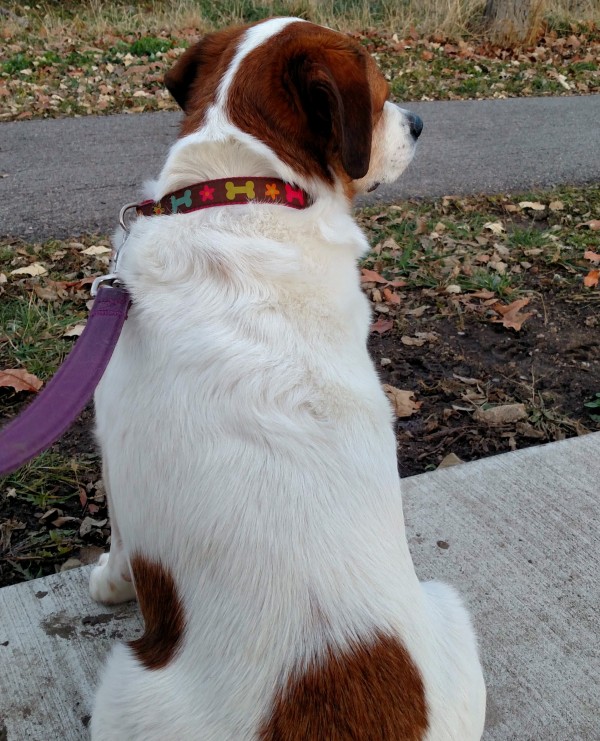 I typically sit straight-backed and gaze out at the dead wildflowers and grasses edging the ravine. On Monday, though, I tipped my face to the sky and rested my head on the back of the bench, and when I did, I glimpsed what looked like three sea gulls flying overhead, their wings pumping, their breasts white and creamy as pearls. I marveled at their presence in one of the most-landlocked states in the nation. Do they live here year-round, I wondered? Do they nest next to one of Lincoln’s few lakes, a Nebraska-variety seagull? Or are they merely passing through on their way to Santa Barbara?

That’s the thing about sitting still, even for just five minutes. You see things you normally wouldn’t.

Yesterday I watched four cardinals flit from branch to branch in a shrub next to the path – two scarlet males, two  females, drab,  except for their perky orange beaks. Do they know each other, I wondered? Are they friends? Is this shrub a cardinal condo? Or is it mere coincidence that the four happened upon the same bush at the same time?

Who cares? you might think. And it’s true, three seagulls and four cardinals aren’t the be-all and end-all of discoveries. Watching them didn’t spark a spiritual epiphany or cause me to ponder the meaning of life.

Yet at the same time, noticing those birds felt important, even precious. Those seagulls with their gleaming breasts, those flitting, twittering cardinals, flash of scarlet in a winter-dull shrub, felt like gifts presented especially to me.

“Let us go right into the presence of God with sincere hearts fully trusting him,” Paul writes to the Hebrews.

I jotted this verse into my journal a few weeks ago, along with a question: “What prevents you from going right into the presence of God?” Beneath that question I listed some of the things that inhibit me from experiencing God’s presence: busyness, lack of trust, doubt, laziness and inattention.

Out of all the things I listed, I think inattention, combined with busyness (the two are partners, don’t you think?), is my biggest roadblock to experiencing the presence of God on a regular basis. Because here’s the thing: the way into the presence of God is open to all of us, all the time — twenty-four-seven, seven days a week, 365 days a year, forever.

Jesus made that possible, right? His death on the cross tore the curtain separating us from God in two, from top to bottom, and ever since that moment, God has been open and accessible to us. It’s not like ancient times, when God’s people had to turn away from him, shielding their eyes and their faces from his blinding presence. Jesus changed all that.

Now, nothing stands between us and God…except our own selves.

“We miss the world making itself available to be observed,” writes Alexandra Horowitz in On Looking: A Walker’s Guide to the Art of Observation. “And we miss the possibility of being surprised by what is hidden in plain sight right in front of us.”

I’d add that along with missing the world, our inattention also blinds us to God’s presence, hidden in plain sight right in front of us.

In two pairs of cardinals chatting in a shrub condo.

In the last of the day’s sun lighting the tips of bare branches.

Nothing stands between us and God…if only we would stop, look, and enter in.