Cara Meredith is a new friend, and I am just so glad she said yes to a guest post here today. She’s living and writing about things I’ve been thinking a lot about lately – namely race in America and how to love our neighbors better, especially those who look or live differently than we do. I appreciate her fresh, honest voice so much, and am really excited to see where God leads her next. 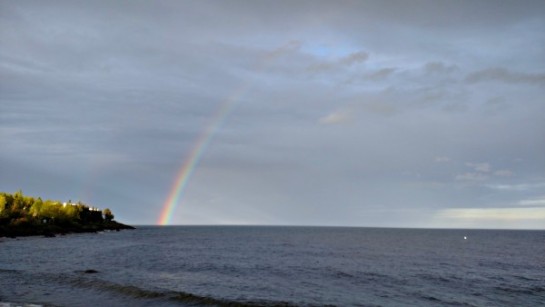 Sometimes I take for granted where we live.

I take for granted that talking about race is a part of our everyday existence, the salt and pepper of our dinner table conversations. I take for granted that my neighbors – who are black and white, Latino and Asian, lesbian and gay and straight – occupy the same space we do and aren’t afraid to talk about what others sometimes feel is the elephant in the room.

As I type these words, though, I realize this isn’t always the case. It’s not this way in many parts of America, including where I grew up, and it may not be the case where you live, too.

But I don’t think it has to be this way.

In the mostly white, suburban town I was raised in, we celebrated diversity when our teachers made us attend the once a year, all school assembly. We didn’t think about what might be like to be different, just as we didn’t think issues of race had anything to do with us.

So we just avoided the topic altogether. Talking about race was impolite and uncomfortable. It wasn’t what we were supposed to be doing or saying.

But by not talking about race, we denied some children their very identities, the individual parts that made them who they were.

We denied them their stories.

“In the end,” Martin Luther King, Jr. once said, “we will remember not the words of our enemies, but the silence of our friends.”

His words haunt me. How many times have I kept silent, because I didn’t know what question I should ask, because I felt talking about a certain subject made me uncomfortable?

I guess you could say I’m on a learning journey now.

After teaching high school English for four years, I worked in a diverse environment, as a youth ministry director. As I got to know these teenagers, I learned that denying a student their ethnic culture was to deny their very being. Asking questions became my mission: Who are you? Who’s your family? What makes you so gloriously spectacular, so uniquely you?

While none of the questions implicitly asked about race, I found that race was almost always in the answers. And the more stories I heard, the more I wanted to know and hear and engage with the world around me.

By the time I met my husband – whose skin happens to be a beautiful shade of chocolate brown – I knew that I’d never be able to avoid the topic of race again.

We knew when children came along someday that they’d experience a whole new understanding of color, solely because of their mixed-raced identities. We also knew they’d come to understand race differently because of how their grandfather broke down barriers for all Americans during the Civil Rights Movement. But mostly, we knew they’d simply be loved for who they were. And isn’t that the hope of every parent, everywhere?

As for my family, we’ll continue to talk about race around the dinner table. But then we’ll stop. And pause. And thank the good Lord for who he’s created us to be on the inside.

And we’ll give thanks for every part of our story. 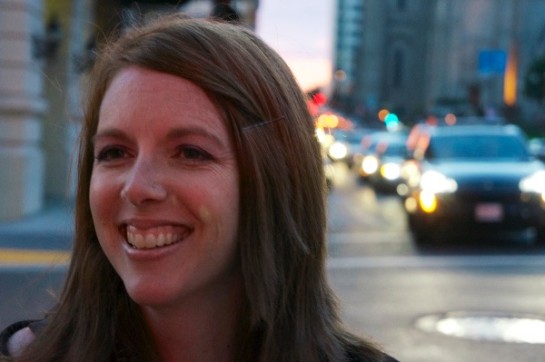 Cara Meredith is a writer and speaker from the San Francisco Bay Area. She is a member of the Redbud Writers Guild and co-host of Shalom in the City’s monthly book club podcast. She’s also currently writing her first book about her journey into learning to see color. She holds a Masters of Theology (Fuller Seminary), and can be found on her blog, Facebook and Twitter. She and her husband, James, try to dance nightly and live life to the fullest with their two young sons.

Gutsy Girls: The Ten Boom Sisters and How We All Need a Betsie
What Your Hard Feelings Tell You about God's Truth