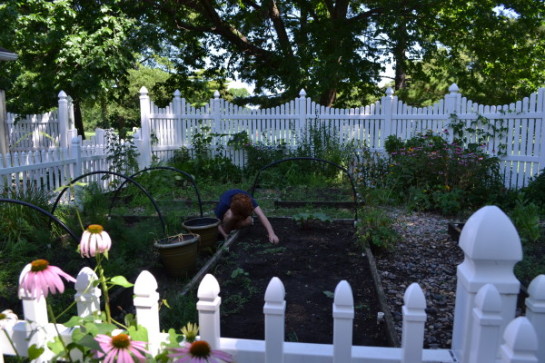 My husband and I got into an argument last night.

It’s not what you think. We didn’t fight over sex or money or who didn’t empty the dishwasher. We argued about Alton Sterling.

You know about Alton Sterling, right? If you don’t, watch this video. [warning: graphic content] And this one. You won’t want to, because the videos are indescribably horrible, and the one with Sterling’s widow and his fifteen-year-old son will shatter your heart into pieces.

But watch the videos anyway. Because that’s the first step. If we want to walk with our black brothers and sisters in solidarity, we must first be willing to step into the pain and the horror that is their reality.

I spent most of yesterday in the library working on line edits and fact checking for the Luther book. I saw, briefly, a mention of the story about Alton Sterling’s death on Facebook, but I quickly clicked away. I told myself I needed to focus on getting my edits done, but truthfully, I didn’t want to know. I didn’t want to go there. Again. The library was a fabulous place to hide my head in the sand, to tell myself I didn’t have to respond or engage, that this incident didn’t have anything to do with me and besides, I couldn’t do anything to fix it anyway.

When I got home, Brad asked me if I’d heard about the shooting. Then he asked me if I’d seen the video of Sterling’s widow and son. I said no. He said, simply, “It’s heartbreaking.”

I walked over to my laptop, typed Alton Sterling into Google, and clicked play on the video. And as I watched Alton Sterling’s fifteen-year-old son break down into wracking sobs on national television while his mother spoke with a ferocity and determination I’ve never before seen, something happened in me. Something inside of me broke as I watched that young man weep in utter, desperate grief.

Watching that video, I couldn’t help but think of my own son, who will turn fifteen next month. “That could be Noah,” I thought to myself.

But then, almost immediately, I realized, “No.”

Because the fact is, Noah will not have to face the particular grief, hopelessness and desolation that engulfs Alton Sterling’s child today. Because the fact is, Noah’s father will not be shot multiple times by a police officer as he lays pinned to the ground, tasered, in a convenience store parking lot. My sons don’t have to worry about that scenario ever being a realistic possibility because we, as white people, are protected from that.

Four days after we celebrated July Fourth with fireworks and barbeques and parades, this much is painfully clear: not everyone lives in the same America Land of the Free that I inhabit. Not everyone gets to experience the same kind of freedom I and my family do, day in and day out. 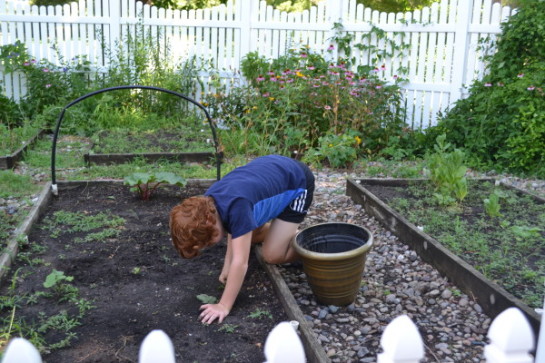 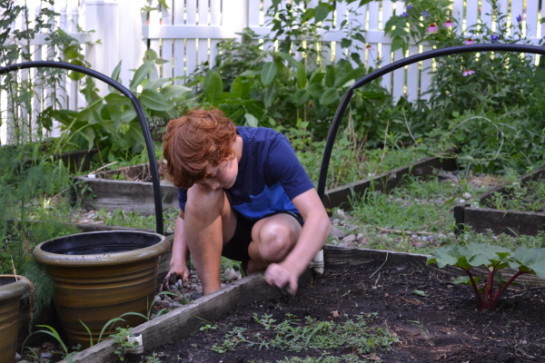 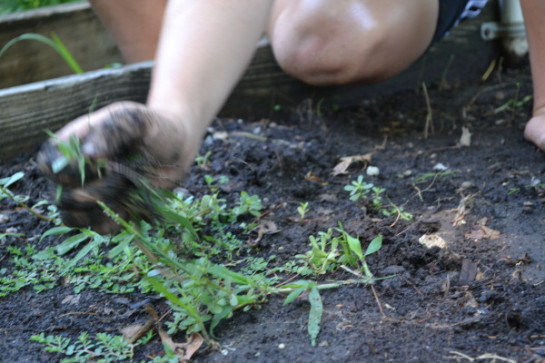 I didn’t cry when I watched Alton Sterling’s son weep on national television. I watched that video unblinking and stony-faced, anger coursing through my veins and boiling up on my insides. I had the overwhelming desire to protest, loudly, violently. I wanted to hold a #BlackLivesMatter sign above my head and shout at the top of my lungs and stomp my feet. I wanted to rage. I wanted to riot.

For a few minutes, I think I understood, at least in part, the anger and despair I hear in the voices of my black sisters and brothers. For a few minutes, I think I finally understood, at least a little bit, the depth of their weariness and hopelessness. Sitting at my desk chair, my eyes on my computer screen, I felt tired, heavy, burdened. I felt disgusted and enraged. Above all, I felt utterly hopeless and helpless.

Brad wanted to talk about the incident in a calm, level-headed way. This is Brad. He is calm and level-headed, always. I love this about Brad. But in that moment, I would have none of it. I was irrational, over the top, thrashing around the kitchen, banging plates and silverware onto the table, slamming cabinet doors. I didn’t want to talk. I didn’t want to be level-headed.

Later in the evening, after Brad and I had smoothed our ruffled feathers, I headed out to the garden. Weeding is my answer to every angst and burden, but as I surveyed the landscape from outside the fence, despair washed over me. We’ve been out-of-town for a month. The garden was a disaster, weeds covering nearly every inch of dirt, vines weaving in and out of the pickets, wrapping their tendrils around leaves and blooms, strangling.

The work before me seemed hopeless, futile. How could I possibly make a dent in such a mess?

An hour later, I stood with the weed bucket full to overflowing in my arms. My back ached and my limbs were stiff, and as I surveyed the garden again, I saw that it looked much the same, covered in weeds and vines and dead leaves. As I turned to dump my bucket of weeds into the barrel, though, I glanced down at my feet. The eight-by-two-foot path I’d weeded was clean and clear, empty of every weed, every errant vine, every dead leaf.

It was a small area, barely noticeable in the garden as a whole, but the patch I had tended was beautiful.

There is a time and a place for anger and despair in the face of tragedies like the ones we are witnessing this week. There’s good reason to feel hopeless, because the mess we are surveying is a big one. The landscape is in chaos. It looks insurmountable.

But let me remind you of this:

Each one of us has a small patch to tend. The landscape as a whole is overwhelming, full of chaos and brokenness, ugliness and disorder, but there is space in there for each one of us to do good work.

It will likely be a small space. Our work itself will likely be small work. But when the grief, anger, and despair lift, know that a small patch awaits you.

You are called to tend to it.