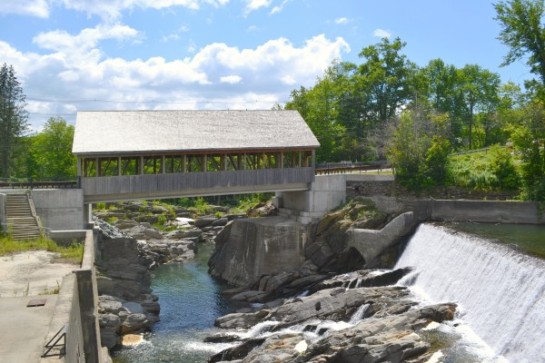 The week Alton Sterling, Philando Castile, and five Dallas police officers were shot and killed, my friend, Logan, pulled out a mixing bowl and a recipe, turned on her oven, and made a batch of blueberry lemon squares. When the squares had cooled, she cut them, arranged them on a plate, and wrote out a card.

“Dear Neighbor, we have never met, but I want you to know that for the past year I have been praying for you every time I drive by your home,” the note read in part.

Logan then gathered her kids into her mini-van, drove across the bridge between her own primarily white neighborhood and the neighborhood comprised primarily of people of color across the way, and knocked on the door of the house she’d driven past and prayed for all year long.

Logan’s dream was to figure out a way for that bridge to connect more than divide. When Sue and Charles opened their door, Logan introduced herself, handed over the plate of blueberry lemon squares, and, after chatting for a bit, shared her vision with them.

By the time the conversation ended, the three had a plan to host a “Bridge Party” between their two neighborhoods – a block party during which neighbors who don’t ordinarily intersect will have the opportunity to get to know one another.

It’s so much easier, isn’t it, to make broad statements about “us” and “them” when we don’t know the “them”? It’s so much easier to judge and generalize people when they are simply a nameless, faceless group – Blacks, Whites, Muslims, Christians, Atheists, Gays, Republicans, Democrats, Police Officers – than it is when the people in those groups become individuals with faces and names, stories and histories.

Logan left Sue and Charles’ home that afternoon with the beginnings of a collaborative plan to build a bridge between their two communities. She also left with an invitation: Sue offered to teach Logan how to make biscuits in Logan’s kitchen the following week. A few days later I saw the photo on Facebook: Sue and Logan, holding a tray of biscuits hot out of the oven.

The week Alton Sterling, Philando Castile, and the five Dallas police officers were killed was a terrible week, a hopeless, despairing week fraught with anxiety and unrest, a week filled with political statements, angry rhetoric, and bitter exchanges on social media.

But for some, it was also a week of first, tentative steps toward real empathy, compassion, and relationship. It was a knock on a stranger’s door, a plate of blueberry lemon squares, a slightly awkward conversation that birthed the beginning of a new friendship.

I hear hope and love in that ordinary story. I hear God’s invitation to take a step with him toward bringing heaven to earth. Above all, I hear a call in that story to move from the general to the specific, from the nameless, faceless “them” into real relationship with our neighbors.

I hear a call to each of us not only to love, but to know.

This post originally ran in the Lincoln Journal Star in July.

In the Face of Grief and Anger, Tend Your Space