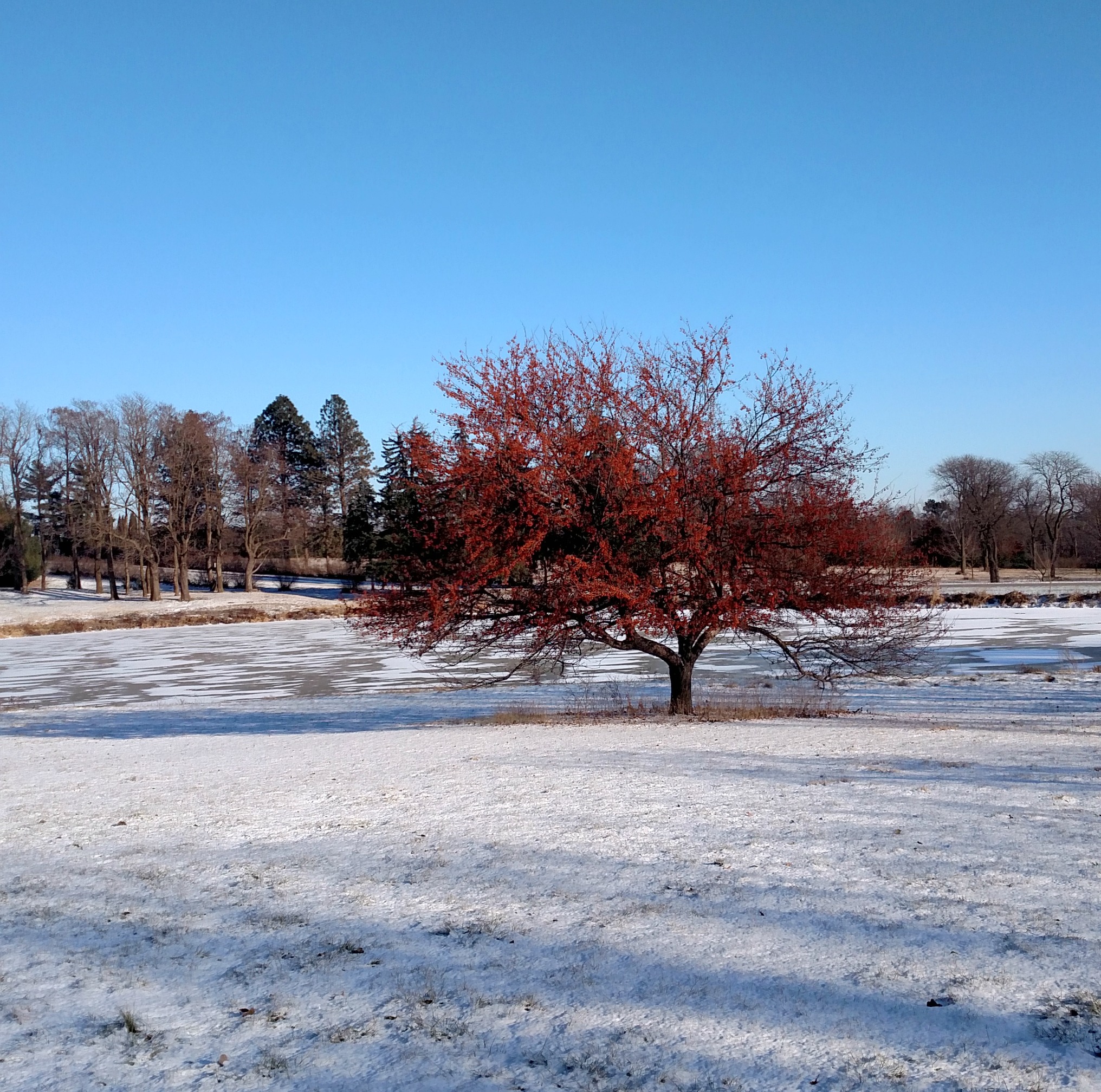 “Well that went one hundred percent NOT like I thought it would.”

These are the words I said to Brad as we pulled out of the airport parking lot last Thursday. We had just met the Yazidi family whose arrival we’d been preparing for and anticipating over the last six weeks. During that time we’d acquired hundreds of donated items; filled our garage, basement, and living room with pots and pans, bedding, kitchen utensils, furniture, clothes, and food; shopped for them with the monetary donations we’d received; and thought about and prayed for this family of six daily.

Brad had even researched Yazidi recipes so we would know the culturally appropriate foods to purchase. I had exchanged dozens of emails and texts with the friends and strangers who were helping to furnish the apartment. We’d checked and rechecked our Google doc, worried we’d forgotten something important, fretted over whether the kids needed another set of pajamas. 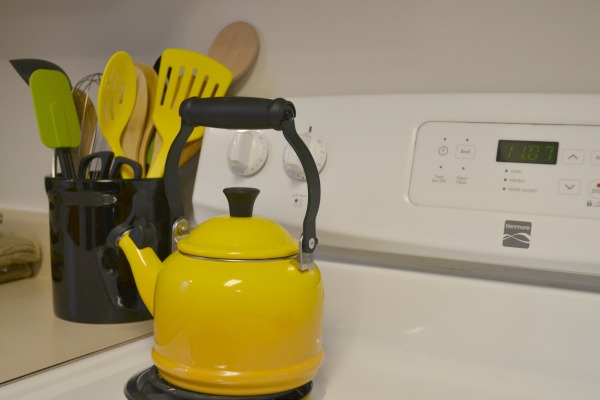 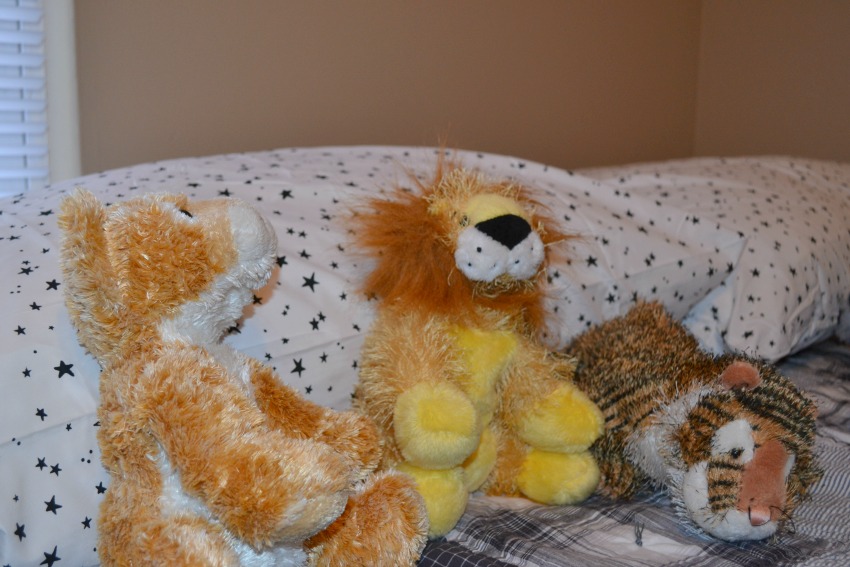 The night before our family’s arrival I tossed and turned in bed, trying to imagine what it would be like to finally meet them. The day of their arrival, I was so nervous/excited, I couldn’t work. I paced around the house and checked Facebook 4,900 times instead.

Turns out, the much-anticipated meeting was, in a word, anti-climatic. [And let me stop right here and stay this had nothing to do with the family or the organization responsible for their arrival; it was all me and my own baggage. Read on.]

Lincoln is home to a close-knit and vibrant Yazidi community – the largest in the nation, in fact. This is good. It means our family has a ready-made support network – people who have been in America for a while now and will help our family make the transition. In fact, about 20 Yazidis were at the airport to welcome our family and another who arrived on the same plane. It was clear, when they walked into the terminal, that our family knew a lot of the people who had shown up at the airport to welcome them.

At the United gate, Brad and I were briefly introduced to Azzat, the dad, and I quickly snapped a photo of the family. Then, in a matter of minutes and in a jumble of confusion and chaos, both refugee families and all the Yazidi people who had arrived to welcome them disappeared, presumably to have a warm meal together and connect after such a long and painful separation.

I was quiet for a few minutes as Brad and I drove from the airport to our house, where we would meet up with the rest of our sponsorship team and begin the process of moving and setting up our family’s apartment. During the short drive I wrestled with feelings of disappointment and disillusionment.

“This is a surprise to me,” I said to Brad, laughing sheepishly. “I never knew I had a hero complex.”

The truth is, I had written the whole story before our family had even stepped foot in America. I had it all worked out in my own mind: the poignant meeting at the airport; the excitement of the kids when they saw their bedrooms, their new backpacks, the cute stuffed animals propped just so on brand-new sheets; the friendship we would forge…dinners together, laughter, conversation, pass the lamb stew!

I had written a beautiful story in my head, a perfect story, really – a fairy tale, complete with a knight(ess) in shining armor and the quintessential happy ending.

The problem was, I had forgotten one critical detail:

I’m not the author of this story. In fact, I’m not even a main character.

God is the author of this story, and long before I even knew a single detail about the Yazidi people, long before “sponsorship” and “refugee” and “resettlement” were part of my daily vocabulary, long before I was even born, in fact, he had already begun to write it.

He knew how this family of six would flee persecution in Iraq; he knew that they would land in Lincoln, Nebraska; he knew what my role would be in their lives. He had plans for each one of us in this story, plans for hope and a future.

The problem was, my plans didn’t match his. The truth is, they rarely do.

An hour after Brad and I left the airport, our friend Nathan backed a moving truck into our driveway. Our friends showed up, and together we all emptied the garage, basement and living room. Then we all drove to Kristen’s house to pack more into the truck, and then to Deidra’s house to carry her sofa down her front steps, up the ramp, and into the back of the truck. Then Nathan drove the truck across town to the apartment, where we all unloaded it box by box by box.

We spread sheets and comforters over mattresses; assembled bunk beds and end tables; screwed lightbulbs into lamps; stocked the fridge, pantry, cabinets and drawers; arranged fruit in a bowl; set placemats on the kitchen table; stacked extra blankets in the linen closet; laid toothbrushes on the bathroom counter, propped stuffed animals just so on freshly made beds.

When we shut off the lights and closed the door behind us four hours later that night, the apartment was a home. 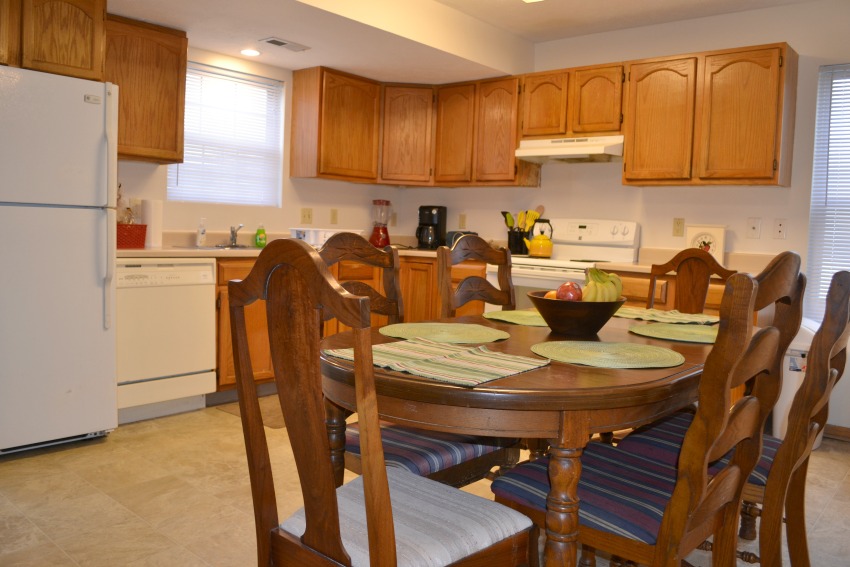 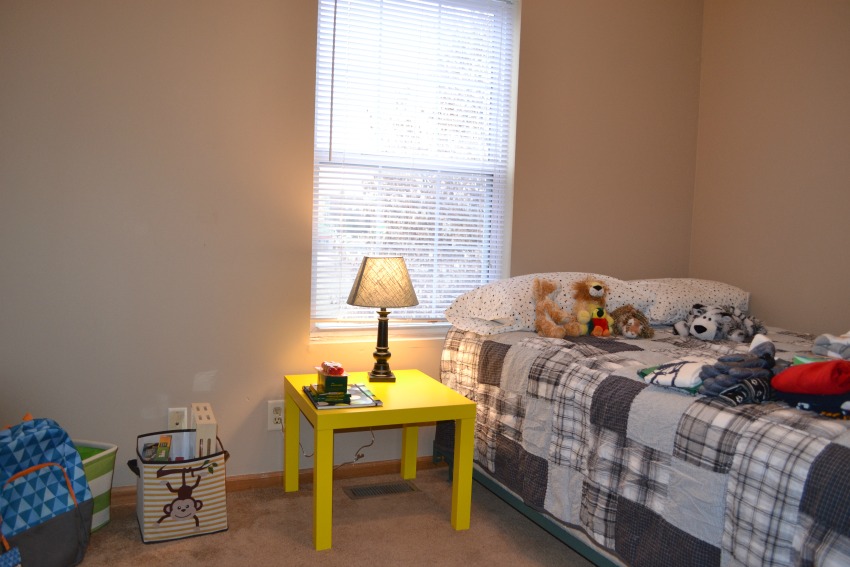 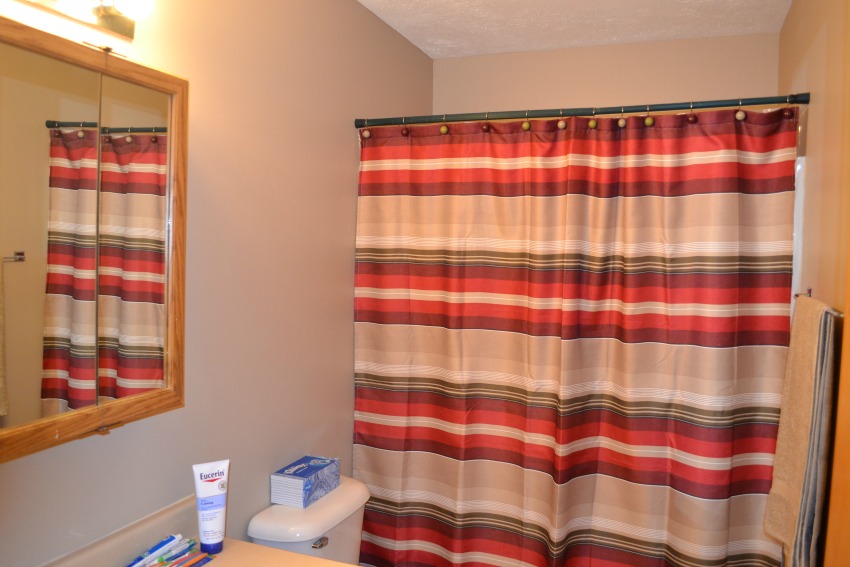 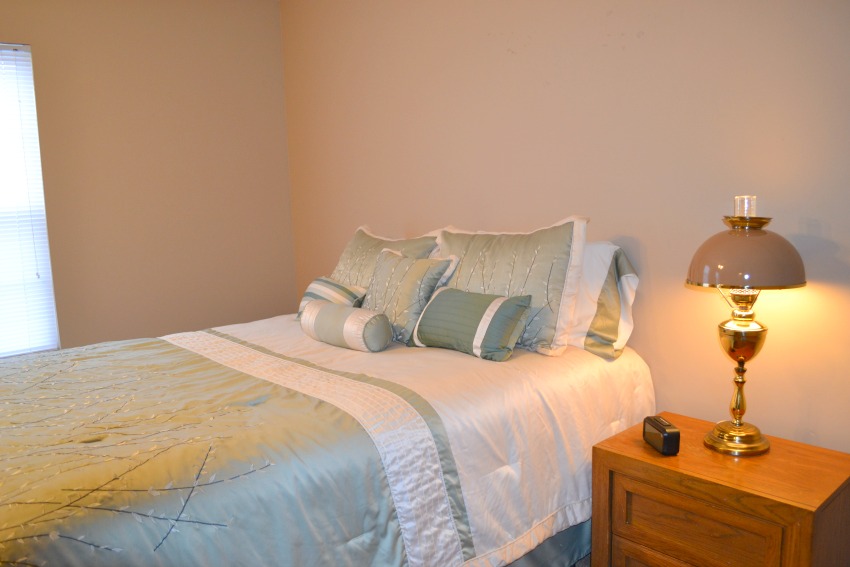 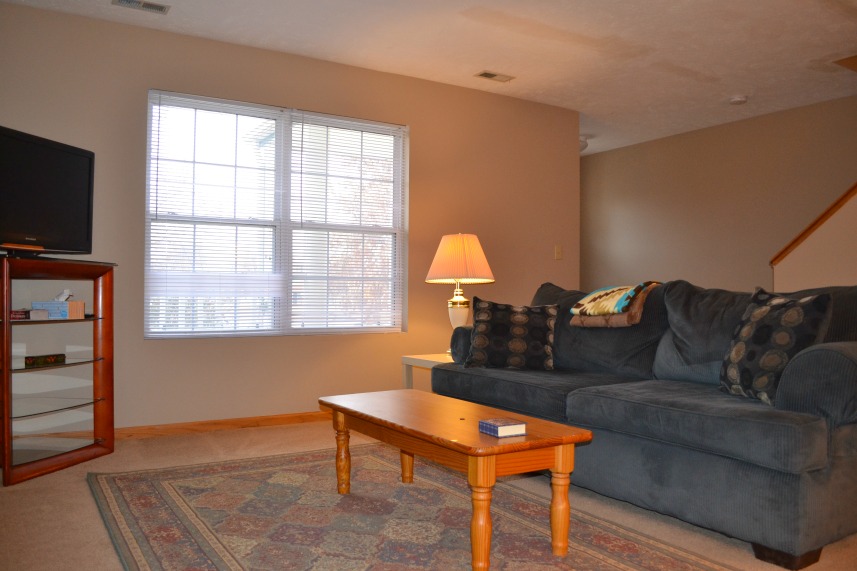 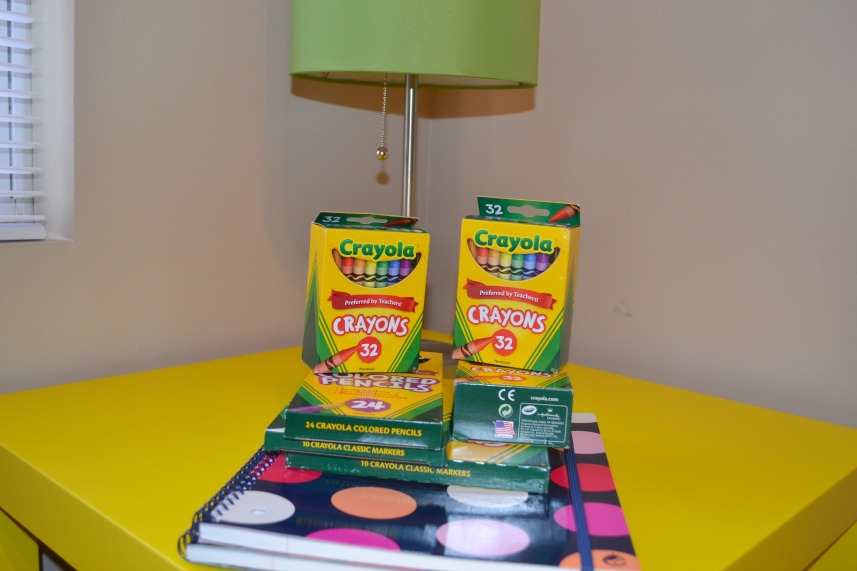 This was the role God had for me in his story – to welcome this refugee family to America not by being their hero or savior or even their friend (God himself has all that covered), but to slip in like an elf behind the scenes on a cold winter night and make them a home — a home that would say, “Welcome.” A home that would say, “We’re glad you’re here.”

God writes the most beautiful stories. Our job is to help bring those stories to fruition – to be his hands and feet and heart on the ground. He is the Author, we are the “characters,” and sometimes, our role, our storyline, is small, hardly noticeable, a bit part. But that doesn’t make the story less perfect or less beautiful.

I’m over my initial disappointment, have my head back on straight, and have handed the pen back to its rightful Owner. No one but God himself knows the rest of this story. Perhaps this is merely the first chapter. Or maybe, when Brad and I left the keys on the kitchen table and closed the door behind us last Friday morning after putting the last touches on the apartment, we turned the final page.

Regardless of whether it’s the beginning or the end of our role in this particular story, I’m really grateful God wrote a part in it for me. Helping to create a home for a family I might not ever even know is one of the best experiences I’ve ever had.

Weekend One Word: Possible
The Blessing is Outside Your Comfort Zone