Hi friends – I’m still on a blogging break, but I wanted to share my monthly column I wrote for the Journal Star with you. Thanks for your patience and grace as I take a little breather from (most of) my writing. 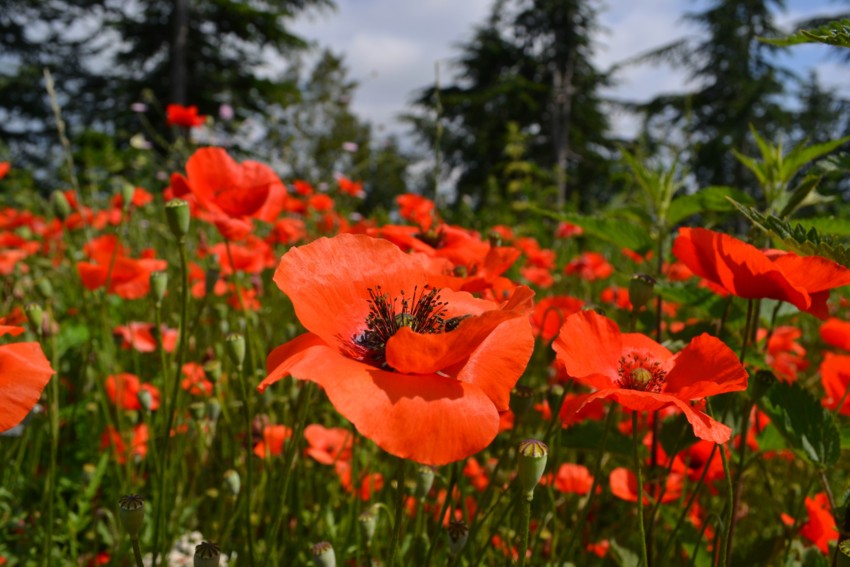 Three weeks ago, the 33-year-old son of one of my father’s closest friends drowned while swimming in a small Massachusetts lake. According to reports, he jumped from a boat into the water and never resurfaced.

My parents were sleeping when the phone rang. At that point the body had not yet been found and recovered from the lake. My father’s friend, Don, and his wife had learned their son was missing and presumed dead when a police officer had knocked on their door that night. My dad was one of the first people they called.

After he got off the phone, my father dressed quickly and drove the short distance to his friend’s house, where he spent some time with him and his wife. The next morning my dad was at the lake with Don and his wife when the divers resumed their search. He was there again the following morning when the divers finally recovered the body.

Later, in a phone conversation with my dad, I asked him what he had done during all the hours he had spent at the lake. “Nothing really,” he said. “I was just there.”

My dad said most of the time he had sat on a bench a little ways away from the beach where the search and recovery operation was centered. Don came and sat next to him from time to time. They would talk a little bit, and then Don would get up from the bench to be with his wife or another one of his family members.

“He said he wanted me there, so I was there,” my dad said.

Often our inclination is to run in the opposite direction in the face of another person’s suffering or grief. We tend to make excuses for ourselves — “She would rather be alone…The family needs privacy right now…There’s nothing I can really do to help…” – because we are uncomfortable and afraid. When we do summon the courage to show up, we often feel compelled to do something or say something we think, or at least hope, will be helpful.

This isn’t to say that making a meal or mowing the lawn or offering prayers and condolences aren’t valuable things to do when someone you know is suffering. They are. But sometimes, especially in the earliest stages when grief is still registering as shock, simply coming alongside someone who is suffering when everyone else is turning away can be a precious gift.

Baptist minister Reverend Jeffrey Brown calls this practice of showing up the “ministry of presence.” “I find that among the most effective ways to do ministry is to shut up and just be there,” Brown said.

My dad and Don have known each other for 46 years. They both worked as guidance counselors at the same small high school in Connecticut. They are close in the way men of their generation often are. They attend one another’s milestone events, like retirement parties and children’s weddings. They go out to dinner together with their wives, or visit over beers on the back deck. They don’t often talk a lot about personal stuff. Yet my dad was the one Don called when tragedy struck. And my dad showed up.

Sitting on a lakeside bench in the background hour after hour doesn’t sound like much of an offering in the face of unimaginable tragedy. But in his small, unobtrusive way, my dad practiced the ministry of presence. He was there for his friend, and his presence — simple, quiet, and unadorned — was a gift.