I wanted to share the piece I wrote for my monthly column in the Lincoln Journal Star last week.  This moment and what I learned from it in retrospect really resonated with me, and I hope I captured it well enough so it does for you, too. Peace, friends – and thank you for this quiet break I am so enjoying during these summer months…

One afternoon last week I spotted my son, Noah, perched on the edge of one of the raised beds in the garden, his lunch plate balanced on his lap. When I saw what he was gazing at so intently, I ducked back into the house to grab my camera.

Noah was watching a particularly large and beautiful black swallowtail butterfly as it sailed from coneflower to coneflower. The butterfly’s wings spanned nearly the length of my open palm. Its iridescent body, intricately decorated with splashes of orange, indigo, and yellow, shimmered in the summer sun.

Camera in hand, I circled wide around the blooms, hoping I could photograph the swallowtail unnoticed. I crept in close from behind, zoomed my lens on the insect, and snapped six images in quick succession. Bending low at waist, I leaned in and refocused the lens for an even closer shot. 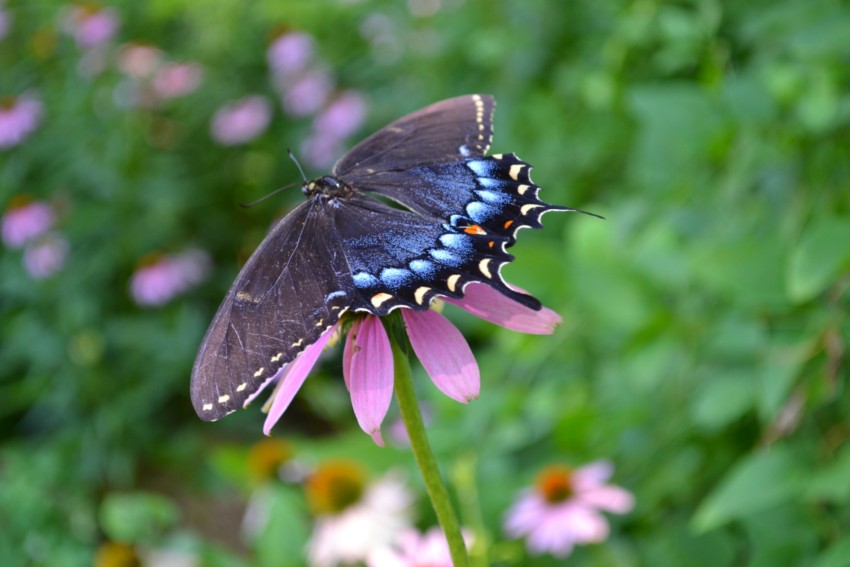 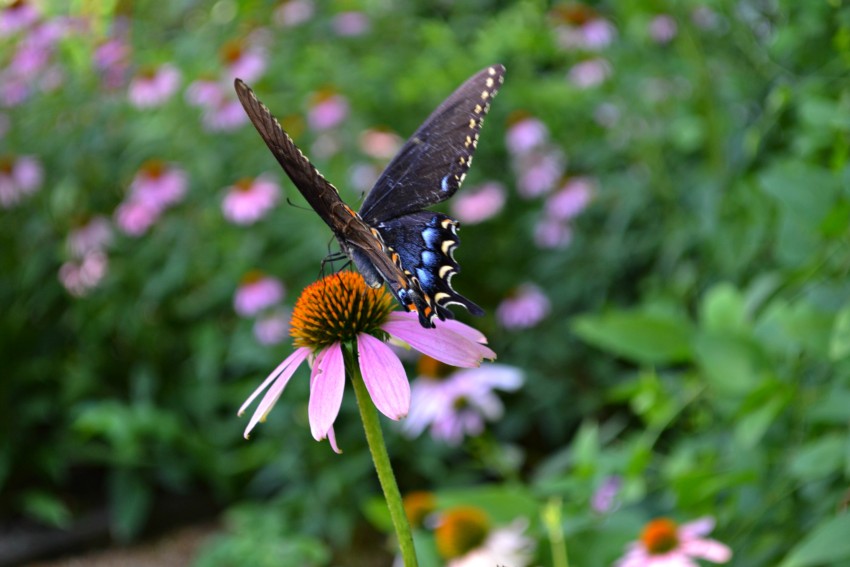 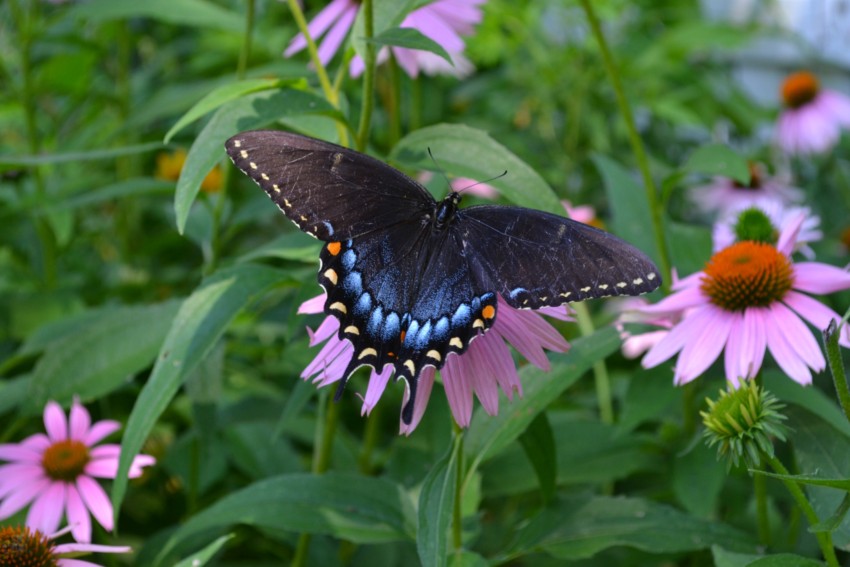 I chased the butterfly around the garden, snapping more photographs each time it alighted on another coneflower. When it glided over the fence, I followed it, bent on capturing one more picture, this time with my camera phone so I could post the image on Instagram and Facebook.

Pulling the garden gate closed behind me, I stopped to say something to Noah over my shoulder, and just as I was pulling my phone from my pocket, I caught a flash of black swoop in low over the flowers, then up over the fence. When I turned back, the swallowtail was gone, evidently plucked from its perch by a bird.

There’s a scene in the film The Secret Life of Walter Mitty, in which Walter crouches next to a renowned nature photographer on a remote mountainside. The photographer has been waiting for the elusive snow leopard to appear, but when the mysterious animal finally creeps into sight, perfectly framed in the camera’s viewfinder, the photographer doesn’t click the shutter.

“When are you going to take it?” Walter whispers. The photographer waits a moment, peering into his camera. Finally he lifts his head to answer, his gaze still trained on the snow leopard.

“Sometimes I don’t,” he says. “If I like a moment personally, for me, I don’t like to have the distraction of the camera. I just want to stay in it. Right there…right here.”

These days it seems most of us rarely give ourselves the opportunity to simply be there, undistracted in the moment – to stay in an experience, observing and admiring something beautiful for the simple gift of it. My habitual response when I witness a moment of beauty is often to document it for the purpose of sharing it on social media. I appreciate the moment, but it’s a distracted appreciation, diluted by my ulterior motive.

I ended up capturing several stunning photographs of the butterfly balanced on the purple coneflowers, its vibrant wings fully open. I felt a twinge of guilt over my role in the butterfly’s demise – after all, in pursuing “just one more” photograph, I’d chased the swallowtail from the relative protection of the garden into an open space where it was more vulnerable to predators. Nevertheless, I was pleased to share the photograph on social media and pleased by how well it was received.

Noah, however, made a different choice in the same moment. He sat quietly and unobtrusively, admiring and appreciating the swallowtail’s elegance, beauty, and grace as it danced from flower to flower.

I have the photographs that document the moment. Noah had the pure, undiluted moment itself.

Put Your Kindness into the World
Stopping to Build an Altar