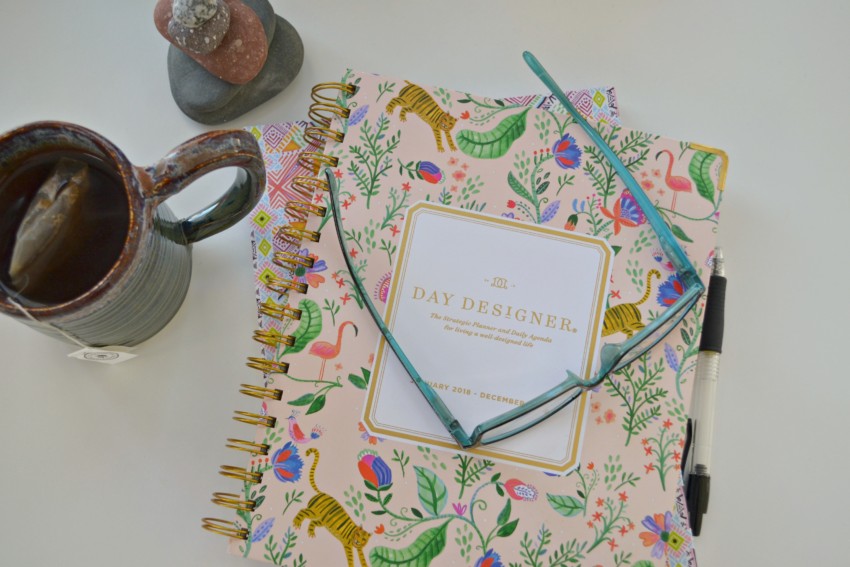 I’m big on New Year’s resolutions. Every year I make four or five, and while I don’t always keep them past January 31 (case in point: “floss daily” has been an annual resolution for ten years running), I always have good intentions.

I also like to kick off the New Year by reading a book that will both inspire me and help me identify my goals for the year. Recently I posted a note on Facebook asking for recommendations for my January read. I specified that I was looking for a non-fiction book focusing on productivity, goal setting, and “how to figure out what to do with my life.”

I got a several intriguing suggestions in the comments, but one woman’s recommendation stopped me short. “Rebecca” (and for the record, I don’t know Rebecca personally) suggested, “Instead of choosing your own goals, pray and ask God for His goals and do that. His plan is always better than our plan.”

I admit, I bristled when I read Rebecca’s comment. It felt a little bit like I was being lectured, as if Rebecca was suggesting that as a Christian, I shouldn’t set goals, but instead should simply “go with God.” I rolled my eyes and wrote Rebecca off as a holier-than-thou wet blanket.

The problem was, days later I was still thinking about Rebecca’s comment. Turns out, she’s right, at least in part.

On one hand, I think Rebecca oversimplified the process of listening to God. To simply “pray and ask God for His goals and do that” implies that God operates like a magic genie: ask your question, rub the lamp, get your answer. Unfortunately, at least in my experience, God doesn’t download an Excel spreadsheet, complete with action steps and measureable outcomes, directly into my brain.

It seems instead that God reveals his plans much more slowly and quietly. Sometimes, honestly, it seems he doesn’t reveal them to us at all. I rarely recognize God’s plans as they unfold in the moment. Instead, the impact of his subtle work in my life is often only visible in retrospect, as I look back months or even years later.

On the other hand, I think Rebecca was right in observing that most of us, especially at this time of year, are so busy resolving, planning, and executing, we forget about God himself. So focused are we on writing our to-do lists and strategizing our goals for the year, we forget that we are not in control.

I learn this lesson the hard way over and over again. Every time my plans go off the rails and I find myself shaking an angry fist at God, I’m humbly reminded that the reason I’m disappointed is because I’ve put my faith, hope, and confidence in plans of my own making, rather than in God himself.

I still made a couple of resolutions this year (though fewer than I normally do), and I’ll still kick off the New Year with a book that I hope will help me identify my goals and priorities (if you have any suggestions, let me know!). Frankly I can’t help it; I will always be a Triple Type A planner.

But I’m also going to take Rebecca’s advice. I will incline my heart toward God, listening for the whisper of his still, small voice in my soul. And I will try to hold the plans I make loosely, trusting that God’s plans, even those yet to be revealed, are ultimately better than any I could make for myself.

The Year of Curiosity
Rain on Good Friday