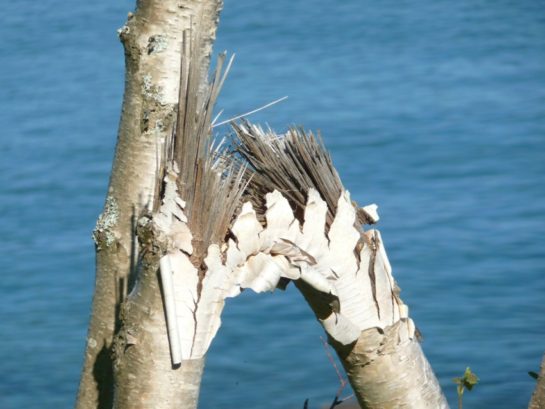 I set a personal record in my fifth half marathon last week. Except it’s not what you think. My PR was for my Worst Half Marathon Time Ever. And not my worst time by mere seconds or a handful of minutes. My worst time by many, many, many minutes.

This was a race I’d trained for diligently since December – more than five months of near-daily running, incrementally building my distance over time. And yet, less than two miles into the 13.1-mile course on Sunday, I knew.

I knew I was going to have a cataclysmically bad run. I knew there would be much suffering and gnashing of teeth (to say nothing of quivering muscles and gasping for breath).

I seriously considered quitting at mile six. Lumbering down the street, runners passing me on my right and left, my breath ragged, tongue parched, leg muscles stiff and heavy as tree trunks, I weighed my options. Realizing I didn’t have a way home, I reluctantly pressed on, though I couldn’t fathom how I would complete seven additional miles.

Long story short, I made it. I finally staggered across the finish line and even received a medal for my efforts. But in my mind, the race was an epic fail, not only because of the time but because of how catastrophically bad I’d felt all the way through.

One thing you should probably know about me, if you don’t already, is that I don’t fail well. As a Type 3 on the Enneagram, failure is anathema to me. Type 3s are all about success and achievement, results and outcomes. If we show up and do the work, we expect results, and we expect those results to match our expectations, thank you very much.

But here’s the hard truth about running a race (or anything in which you have an expectation of results): No matter how well you plan, prepare, practice, train and line up your ducks ramrod straight, you cannot control the outcome. You cannot predetermine the results.

No matter whether your failure is personal or professional, whether it’s private or on display for all the world to see, failure stings. Walking through failure can leave you feeling battle-worn and world-weary. It shatters your confidence, fans the flames of self-doubt, fuels feelings of shame and does a number on your ego. Failure clouds your judgment and skews your perspective. Failure is hard on your mind, your body, and your soul.

I’ve thought a lot about the half marathon since I stumbled across the finish line on Sunday. And let’s be real: this isn’t my first failure rodeo, not by a long shot. Along the way I’ve learned some things about failure, and specifically, about how to “fail better,” as author Dani Shapiro once said, so I thought I’d share a little bit of my hard-earned wisdom with you today.

Let yourself be disappointed.
It’s good and right to acknowledge that things didn’t turn out as you’d planned and hoped for. You bombed the presentation. You earned an F on the exam. You were passed over for the promotion. Failure hurts. Allow yourself to sit with that hurt for a little bit. Don’t brush over it, bury it or write it off. There will be a time to dust yourself off and begin again, but for now, for a little while, let yourself feel the disappointment, frustration, sorrow and even anger with how it all turned out.

Acknowledge that sometimes you can do everything right and still have everything go wrong.
As a Triple Type A Enneagram 3 Super Planner Overachiever, I find this infuriating. If I’ve done everything right, I feel like I am owed the outcome I expect. Maybe you do, too?

But the truth is, running (and pretty much any endeavor we engage in and every goal we pursue) is an exercise, literally and figuratively, in surrender. We can plan and prepare, we can cross every “i” and dot every “t,” but as I said earlier, we don’t get to determine the outcome. Stuff happens. Sometimes there’s not even a reasonable explanation for the stuff that happens. We face our failure. We acknowledge our disappointment. We learn what we can from the experience. And then we begin to work on letting it go and beginning anew.

Celebrate the small victories.
You may not recognize them at first, but believe me, the small victories are there. After I posted about my PR for Worst Half Marathon Ever on social media on Sunday, my friend and writing coach Ann Kroeker messaged me with an encouraging, supportive response. (By the way, it’s wonderfully convenient and helpful to be working with a super positive and encouraging writing coach while you are in the midst of a personal failure. File that one under Good Timing.)

“In a way it’s almost more significant to have done it in imperfect conditions,” Ann acknowledged, referring to the unseasonable heat the day of the race and the fact that I was still recovering from an illness. “There’s a whole story here about following through even when circumstances are not as you wish they were. You carry on.”

Truth be told, I hadn’t thought of it that way. But Ann was right; I had carried on. I showed up at the starting line even when I knew I probably wouldn’t be at my best, and I gutted out the race, even under less-than-ideal circumstances. File that one under Small Victories.

No one likes to fail, of course. Failure is humbling and discouraging, and there’s certainly no fun in it. Yet failure is important, even critical, because it’s only in our falling down that we learn how to get back up.

And at the very least, in failing this time, we learn a little bit more about how to fail better next time.

Beginning Again After Disappointment
Hope for Your Hard Season