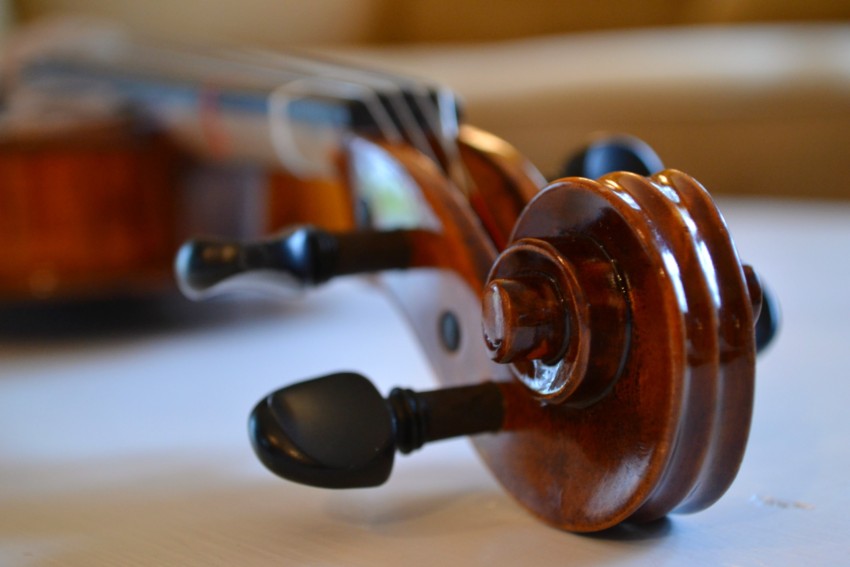 On January 12, 2007, a young man dressed in a gray, long-sleeve tee shirt, jeans, and a baseball cap emerged from the metro at the L’Enfant Plaza station in Washington D.C., tucked a violin under his chin, and began to play.

The violinist performed six classical pieces in 43 minutes, during which time 1,097 commuters passed him.

Seven of those people stopped what they were doing to stand and listen for at least one minute.

One young boy craned his neck to catch a glimpse of the musician as his mother led him by the hand out of the station.

Twenty-seven people threw money into the open violin case at the musician’s feet as they passed.

Which means 1,070 people hurried by without as much as a glance at the violinist.

Turns out, most of the people who dashed through the metro station that morning on the way to work had no idea that the musician playing next to the trash can was none other than renowned virtuoso Joshua Bell, performing on his 1713, $3.5 million Stradivarius violin.

Bell’s performance was arranged by The Washington Post Magazine as “an experiment in context, perception and priorities.” Editors at the magazine were interested in one question in particular: “In a banal setting at an inconvenient time, would beauty transcend?”

Prior to the incognito performance, Leonard Slatkin, director of the National Symphony Orchestra, had predicted that Bell’s impeccable playing would attract people passing through the station, even if they didn’t recognize the musician himself.

“My guess is there might be 35 or 40 who will recognize the quality for what it is. Maybe 75 to 100 will stop and spend some time listening,” Slatkin told journalist Gene Weingarten. In preparing for the event, Washington Post Magazine editors were concerned about crowd control. They figured at least several people would recognize Bell, stop to listen, and then attract other listeners.

Turns out there was no need for concern.

When he watched the video of the experiment later, Bell said he wasn’t surprised he didn’t draw a crowd in the middle of rush hour. He was, however, surprised by the number of people who didn’t seem to notice him at all. It was as if he was invisible, Bell observed.

I watched clips from Bell’s Metro station performance on my laptop. Even on the choppy recording, the sound of his violin is lush and rich, and Bell’s playing is mesmerizing as he moves along with the music, like a reed swaying in a breeze.

I’d like to think I would have been one of the seven people who stopped to listen to one of the greatest classical musicians in the world play a free concert in a Washington, D.C. train station.

I’d like to think I would have been the mom who paused with her child for a least a minute or two to listen, entranced, before scurrying toward the exit.

But I know myself better than that.

I’m pretty sure I, too, would have hurried past Joshua Bell playing Franz Schubert’s “Ava Maria” on his 1713 Stradivarius violin. I might have cast him a curious glance, but I would have kept right on going, bent on arriving at my destination, tackling my to-do list, and accomplishing whatever pressing tasks awaited me that day.

The truth is, I am addicted to busyness.

More often than not, my busyness takes priority over beauty, over noticing, over being present, over just about everything.

As author John Ortberg has observed, this addiction to busyness is devastating to our souls. “Our world will divert your soul’s attention because it is a cluttered world,” he says. “And clutter is maybe the most dangerous, because it’s so subtle.”

Ortberg is right; clutter is subtle because it’s easy to justify: just one more item, more more thing, one more activity, one more errand, one more email. “More” comes one small thing or one small obligation at a time, until before you know it, it’s become more, more, more, and you are suffocating beneath the sheer weight of it.

This January, I invite you to begin to let go of the clutter you’ve accumulated in your own life. Maybe that’s physical clutter in the form of stuff. Or maybe, like me, it’s metaphorical clutter – all the many ways you fill your days with busyness and distraction.

The hard truth is, we often use both our physical and our metaphorical clutter as a way to hide; we use our “stuff” as a way to insulate ourselves from our own deepest selves. Our busyness and our stuff become part of our false identity.

And yet, this is not God’s desire for us. He does not wish for us to stand cloaked in a facade of false protection. Rather, he yearns for us to live wholeheartedly and truthfully as the unique, beautiful, beloved individuals he created us to be. God desires for us to live in the spacious, light-filled freedom of Christ and to know ourselves in him, through him and with him. 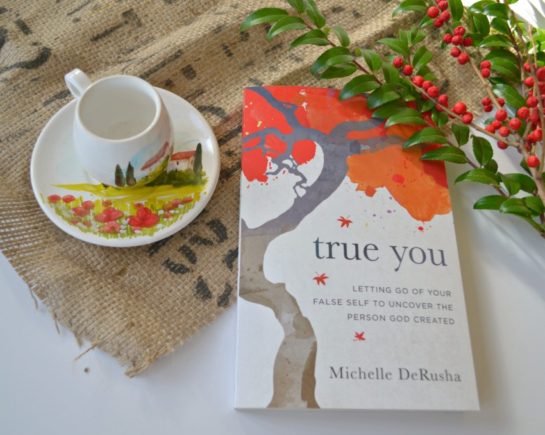 This post is an edited excerpt from my newest book, True You: Letting Go of Your False Self to Uncover the Person God Created, which releases in just five days! I would love for you to come alongside me on this journey toward decluttering our hearts, minds and souls; letting go of busyness and false identities; and growing in our relationships, vocations, communities and in intimacy with God.

If you pre-order today (or before December 31), you’ll be eligible to receive a lovely collection of bonus gifts, including: the True You Companion Journal, a set of beautifully designed Scripture cards, and a guided audio meditation that will help you learn how practice intentional rest.

All the details about where you can pre-order True You and more information about the pre-order bonus gifts are over HERE. Thank you!!