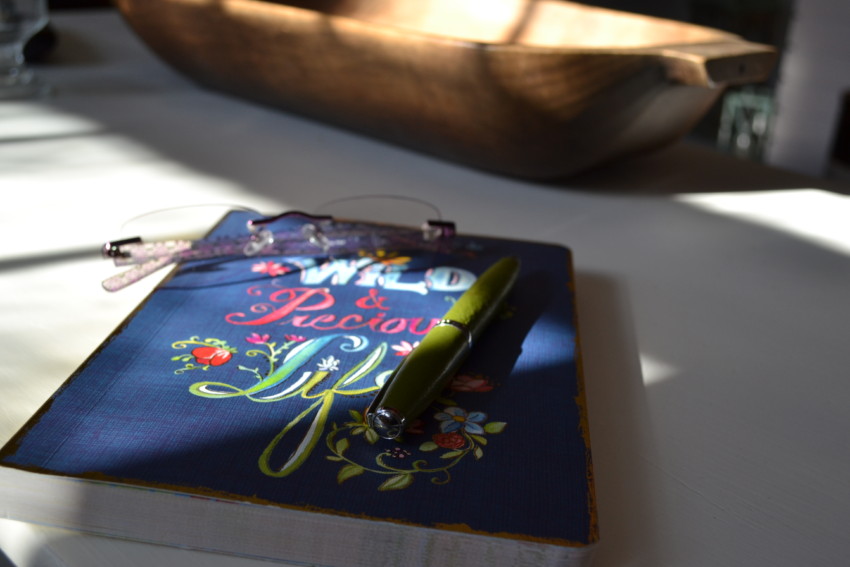 “You complain all the time,” she said, turning around from the passenger seat to look me in the eye as I sat squashed between our two sons. “You are relentlessly negative.”

Only a sister could make such a declaration and live to tell about it.

My first reaction was defensiveness. “I am not relentlessly negative,” I shot back, emphatically shaking my head. “And I definitely do not complain all the time.”

My sister didn’t press the issue. She simply looked at me a beat too long, eyebrows raised, as if to say, “Oh really?” before turning around to face forward again.

The conversation in the car shifted to another topic. I wasn’t angry, and I didn’t hold my sister’s accusation against her. We DeRushas tend to speak forthrightly to one another – blame it on our no-nonsense Puritan sensibilities. But I also dismissed her declaration, refusing to even consider that there might be some truth in it.

Later, though, I couldn’t get Jeanine’s comments out of my head. I argued with her in my mind, continuing to defend myself. But the more I tried to insist to myself that she was wrong, the more I realized she was right.

The truth is, I do complain. A lot.

I’m cold. I have a headache. My elbow hurts. I’m tired. The kids are bugging me. My work is boring. I have ennui. I’m sick of walking the dog. Why do I always have to be the one to empty the dishwasher? Who left their dirty socks in the middle of the living room floor? How come we never do anything fun? Is this all there is to life?

I complain for a lot of reasons: to get attention; to elevate myself; to garner sympathy and compassion; to be seen and heard.

But we don’t have to dig deeply into my psyche to identify the number one reason I complain. It’s actually quite simple: I complain because it’s a habit. Half the time I don’t even realize I’m doing it. Near-constant complaining has become my mindless modus operandi.

In her book Better than Before, Gretchen Rubin advises that we should “choose habits mindfully.” Choosing mindfully, it turns out, is the key not only to establishing a good habit, but also to breaking a bad one.

On January 1, my sister’s accusation still ringing in my ears, I resolved to break my habit of mindless complaining and relentless negativity. The challenge, I knew, was that I needed to do more than simply state my good intentions. I knew, as Rubin said, that I would need to mindfully choose a good habit that would, over time, help me begin to pave a new neural pathway in my brain.

Or, I should say, re-enter the gratitude journal. 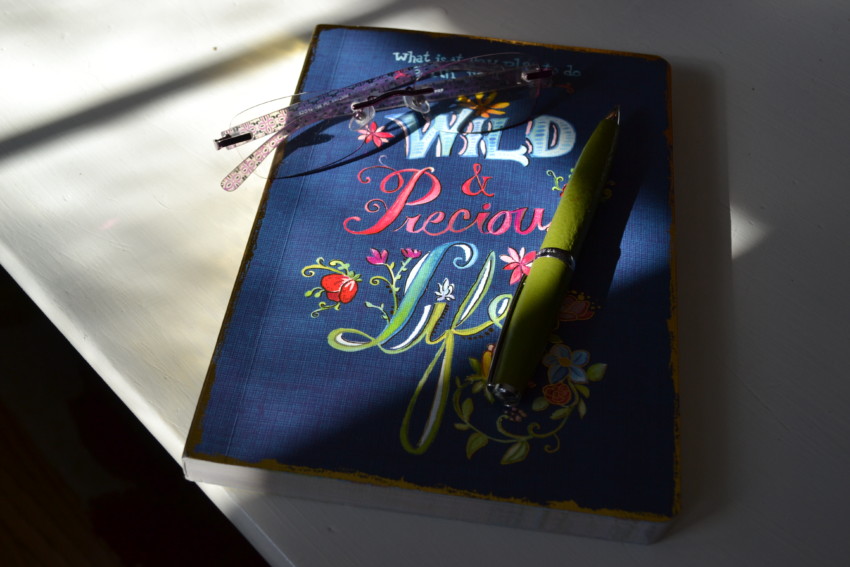 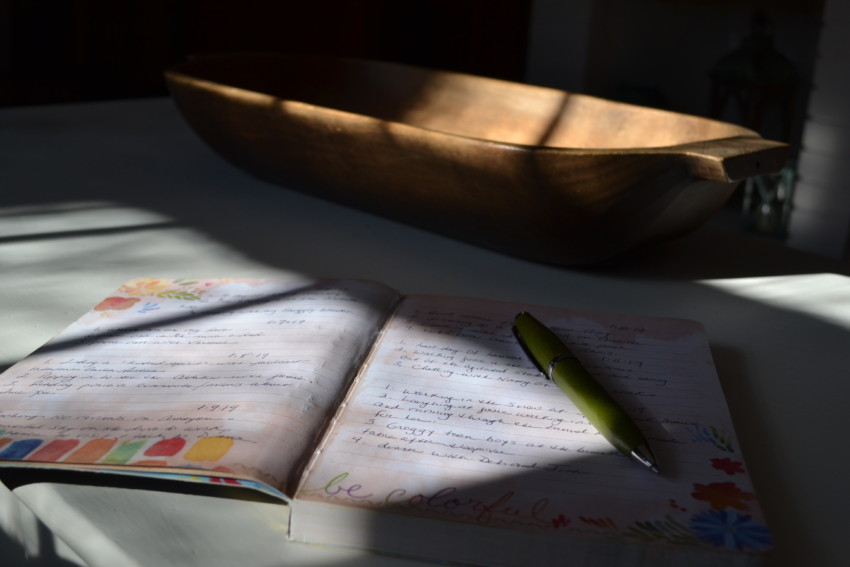 Eight years ago, inspired by Ann Voskamp’s bestselling book One Thousand Gifts, I bought a cheap journal, laid it open on the kitchen counter between the coffee maker and the fruit bowl, picked up a pen, and began to list the everyday, ordinary moments that brought me joy. In total my kids and I and occasionally Brad listed 1,955 gifts over a three-year period.

The first gift listed was “spring song of the chickadee.” The last was penned by Brad, evidently on our anniversary: “18 years with my love.”

That was more than four years ago. Truthfully I don’t remember why I quit the gratitude journal. I don’t even remember when I closed the cover over its wrinkled pages and tucked the notebook into a cabinet, where it still lives today.

I keep my new gratitude journal – a beautiful notebook with a richly vibrant cover, a gift from a dear friend – on my nightstand. Every night before I click off the light, I think back over my day and pen three things for which I am grateful. Sometimes I list more than my three; occasionally it’s a challenge to come up with the bare minimum.

The truth is, I inherently lean toward glass-half-empty. My default is pessimism. Because it doesn’t come naturally to me, I need to choose optimism consciously, and one of the ways I’m trying to do that is to choose gratitude every day.

As with my prior journal, the things I’ve listed so far are ordinary, even mundane – coffee with a friend; glimpse of a sleek fox trotting across the golf course; January sun after a string of gray days. And yet I know that in some ways, it’s their very ordinariness that makes these gifts special.

Today I’m taking my “everyday, ordinary life – my sleeping, eating, going-to-work and walking-around life – and placing it before God as an offering.”

Today I’m choosing a new habit mindfully and beginning to repave a well-worn habit of complaint and negativity with one of gratitude.

So tell me, do you keep a gratitude journal? And have you ever tried to quit a bad habit by replacing it with a better one?

How Doxology Can Change Everything