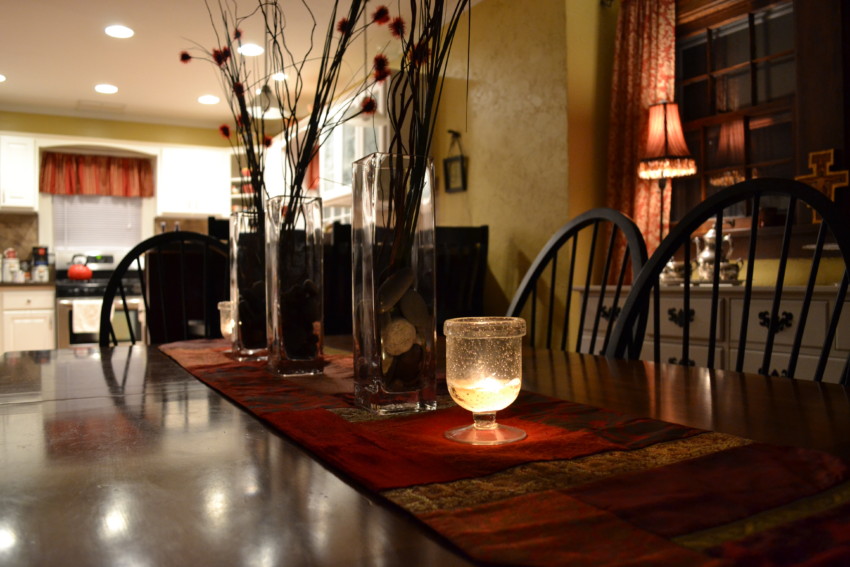 I called Angel on a Wednesday morning for a “human interest” article I’d been assigned for my job at The Salvation Army. I had very little information about him, aside from the fact that he and his wife host community dinners every few months for residents in their apartment complex.

I was skeptical. It didn’t sound like much of a story.

Angel answered on the second ring, and when I told him why I was calling, he eagerly began to talk. I pressed my cell phone to my ear and frantically scribbled into my notebook. Angel talked fast, and at times, I struggled to understand his words through his accent. But one thing was immediately clear: Angel had a story.

As a young boy living in San Antonio, Angel had learned to cook in order to survive. Homeless at age seven, he’d lived under a bridge and had panhandled on the streets, pooling his resources with other homeless children and adults, together cooking the food they’d gathered over an open fire. 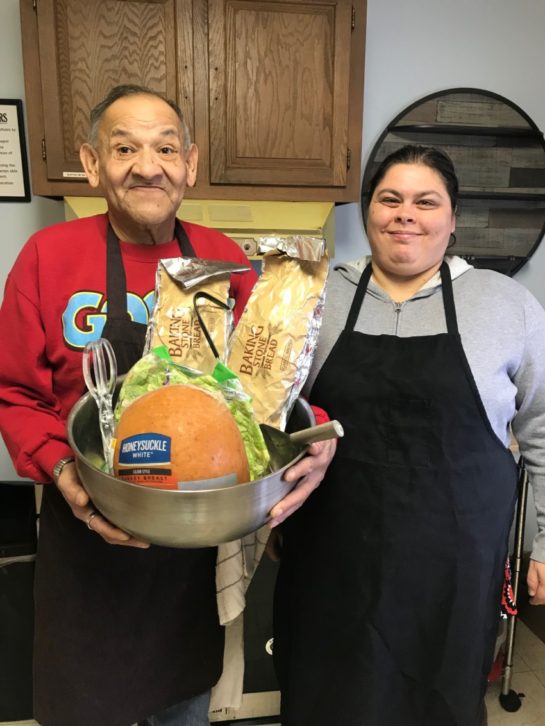 Today Angel and his wife, Christy, live in a Section 8 apartment in Kearney, where every few months they invite all the residents in their building to a home-cooked dinner. The morning I spoke to Angel he was preparing to make “Mexican goulash.”

The idea for the community dinners was sparked three years ago at Thanksgiving, when Angel realized many of his neighbors didn’t have anyone with whom to share the holiday meal. More than 30 people showed up for that first Thanksgiving dinner, which Angel and Christy, both of whom are disabled, paid for with their food stamps. When staff at their local Salvation Army Corps heard about the community dinners, they donated additional food to help offset the costs.

The dinners are a lot of work, Angel admitted. And they aren’t perfect. Sometimes disagreements break out; people argue. But overall, the rewards are worth the effort.

“I like to watch the faces of the people as they eat,” Angel said. “It warms my heart to see everyone together.” He appreciates that the dinners draw residents, many of whom are elderly and isolated, out of their apartments to connect with one another. “None of us really knew each other before this,” he said.

Nowadays Angel and Christy don’t even have to post notices about upcoming dinners in the elevator or the laundry room. “People just smell the food and they show up,” Angel said.

Last week I sat in a pew at First Plymouth Church and listened as author and pastor John Pavlovitz urged the audience to “build a bigger table.” Pavlovitz was talking about the practice of radical hospitality — of broadening our circles to include people who don’t look like us, vote like we do, practice the same faith, make the same lifestyle choices or celebrate the same cultural traditions.

Hours after Pavlovitz had finished his talk, I was still mulling over his words. The idea of “building a bigger table” sounded promising and inspiring when preached from the pulpit, but the truth was, I had trouble envisioning what it would look like from a practical perspective. “Where would I even start?” I wondered. “What does ‘building a bigger table’ look like in actual, everyday life?”

Then I remembered Angel, who showed me exactly what building a bigger table looks like in actual, everyday life. Fix an enormous pot of Mexican goulash, invite your neighbors — every last one of them — to your table, and eat together.

It really is that simple.

This post first appeared in the Lincoln Journal Star on April 13, 2019.