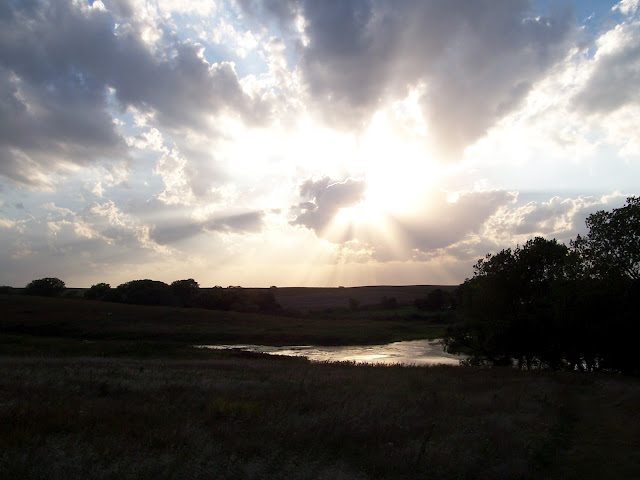 For nearly 20 years I stood in a pew every Sunday morning and coughed at the beginning of the “Nicene Creed” so I didn’t have to declare, “I believe in one God, the Father Almighty.” I couldn’t say the words “I believe” aloud, because I simply did not believe. Yet there I was, Sunday after Sunday, reciting empty prayers to a non-existent God.

I pretended to believe because I was afraid to admit unbelief, even to myself.

My husband and I moved from Massachusetts to Nebraska not long after we got married. While Brad went off to his new job, I stayed home with our colicky infant. I remember standing at the sliding glass door, holding my screaming baby and gazing out at the bleak backyard. All the ways I’d always defined myself had been obliterated. My friends and family lived 1,500 miles away. The Nebraskans I met talked chummily about God like he was the P.T.O. president. My career had been replaced by a Merry Maid to-do list.

…I’m excited to be over at Prodigal Magazine today (Have you visited there yet?)…will you join me there for the rest the story?

{And a quick note: will you come by here tomorrow, if you can? I don’t normally post on Saturdays, but tomorrow I’ll be writing for Compassion Blog Month, and I’d love for you to come by and read…and maybe sponsor?!} 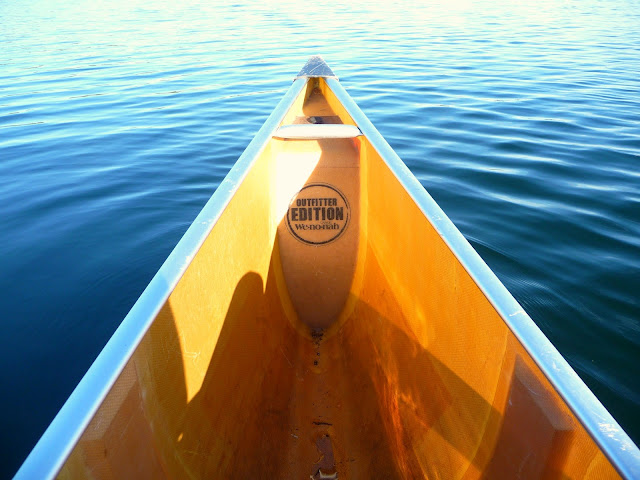 “Faith does not need to push the river because faith is able to trust that there is a river. The river is flowing. We are in it.” – Richard Rohr

I watched an ant a few days ago on the back patio. He carried something green – at first I thought it was a sliver of leaf, but when I crouched on my hands and knees to get a better look, I saw that it was a piece of shriveled bell pepper leftover from our dinner the night before.

The ant navigated the patio’s perils, plunging into the deep cracks between the pressed concrete, circumventing the floral seat cushion that had blown off the metal chair, all the while carrying his pepper. I wondered what he would do when he reached the base of the metal chair that spanned his path, looming like a flood dike. He stopped, considering the impediment for just a second before turning and scaling the wall backwards, now dragging instead of carrying the pepper. At the top he righted himself, scurried down the other side and continued on. The last I spotted the ant, he’d entered a jungle of tangled vinca vine and was galumphing toward the lady’s mantel. I wondered where he was headed and how long it would take him to get there.

Just recently my friend Andrea and I talked for a bit on the phone, and we laughed at how laborious this faith journey sometimes feels. “Sometimes I wonder,” she said, “am I supposed to work this hard at having faith? Shouldn’t it be easier than this?”

I say yes…and no.

The truth is, sometimes we have to be the ant – pushing, pulling, grappling, persevering. Single-minded and intent on moving forward. Forging new paths, stumbling blindly, re-emerging.

It’s easy for me to get complacent in my faith. I pray only when I’m really desperate. I neglect the Bible. I don’t think about serving, and I get lazy in my efforts to live out God’s kingdom here on Earth. Faith requires intentionality for me, because otherwise it’s too easy for me to forget about God. I literally have to “practice faith,” to integrate faith into my daily rhythms and routines.

On the other hand, though, I think one can be too intentional in faith. When faith becomes too much work, I know I’ve tipped the scales too far toward intentionality. As a person who tends toward structure and routine, it’s easy for me to rely too much on the format, the scaffolding, and not enough on God himself.

So I guess it just depends.

Sometimes I need to step back, to live in and be in the process – not pushing, not planning or strategizing, not moving the journey forward myself, but rather, being part of the journey. Knowing, trusting, that I’m in the flowing river, whether it feels like it at the time or not.
And sometimes, like the ant, I have to push and pull and climb. I have to do a little work in order to avoid the stagnant pool that sits around the next bend.
What about you? Are you ever the ant, pushing your faith? Or do you usually feel like you’re in the river, flowing?
With the lovely Emily…