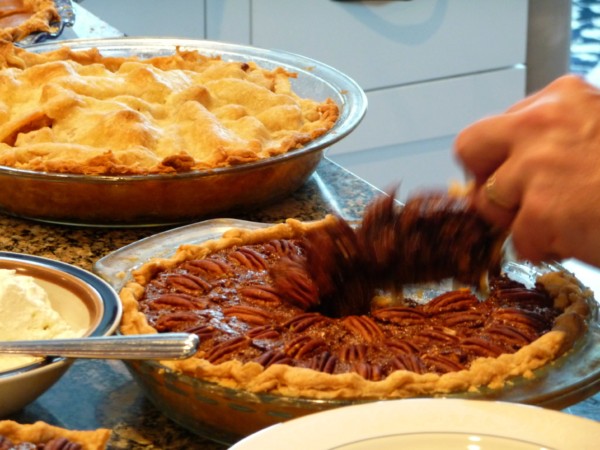 Every Thanksgiving, as the turkey sizzles and browns in the oven and that savory smell begins to fill the house, I am reminded of the Thanksgivings of my childhood.

We typically spent the day at my paternal grandparents’ house. My grandfather was the cook, an apron tied around his wide girth, apple, pumpkin and mincemeat pies cooling on the laminate, gravy bubbling in the roasting pan.

In the “front room,” where the dining table was positioned under the back window, I set out the silver and china with Nana, straightening the pilgrim figurines and lighting the candles that flanked the floral cornucopia.

I have fond memories of those Thanksgiving gatherings. But I also recall that sometimes, after we’d scraped the last bit of pie and cool whip from our dessert plates and pushed back our chairs from the table, my father and his father would argue.

It was generally harmless — argument is an accepted mode of dialogue for we DeRushas — but occasionally the tone would shift and the debate would grow more serious, particularly when the topic of conversation was politics. I remember more than one tense conversation as dusk fell and the shadows lengthened and the last sips of coffee cooled in the bottoms of my parents’ and grandparents’ china teacups.

This week, as we gather with our familes and friends to celebrate Thanksgiving, I can’t help but remember some of those heated conversations from years ago. I think about the agitated, tumultuous state of our country, and I am afraid of how that unrest might play out in dining rooms, kitchens and living rooms across America.

Tensions are running high. We will undoubtedly pass the cranberry sauce to someone who voted differently from us, the basket of rolls to someone who disagrees with our political leanings, the stuffing to someone who feels pretty bent out of shape about the state of America right now (and maybe that person is you).

As we preheat our ovens and roll out our pie crusts, we’d all do well to dust off our Lamaze and perhaps recite the serenity prayer a few (hundred) times.

This Thanksgiving more than any in recent memory seems to be a time that calls for prayer. In light of that, I offer these words to you and your loved ones as you come to the table together this year:

We are feeling weary, fragile, a little bit like we’re walking on egg shells.

We are feeling like there is a lot at stake.

May you guide us toward peace and harmony as we come to the table with our loved ones.

May you open our eyes to the small gifts offered by each person in our midst and fill our hearts with gratitude and joy.

May you help us see beauty and goodness — the image of You — even in those with whom we disagree.

Help us be listeners.

Help us be open.

Help us be kind and compassionate.

Help us be love. 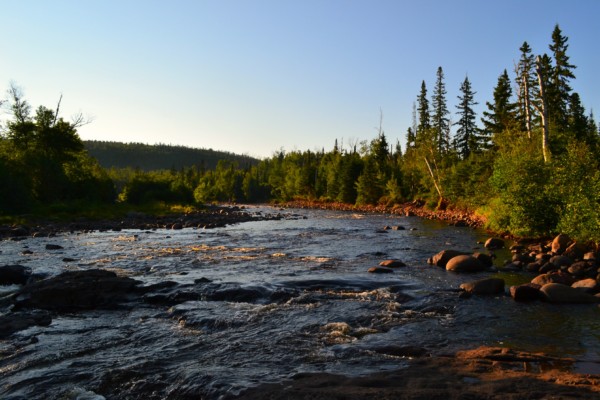 I messaged my friend Deidra this morning, and I said what I always say when there’s been another shooting of an unarmed black person. I said I was sorry. I asked how her heart is. I said I had no words, only feelings of anger and grief and shame.

The irony was not lost on me. I was reacting to the election of our next President of the United States the same way I react to the killing of an unarmed black man.

Deidra messaged back a little while later. She was okay, she said. She was not surprised. She knew a long time ago that Trump was going to win.

I cried when I heard her say that, even though her voice was light and genuinely free of anger and sorrow (not that she’s taking all this lightly…just that she was not stricken with shock like me). I cried because she had seen what I hadn’t, because as a black woman living in 21st-century America, she has been living in it all along.

I didn’t see it coming, I really didn’t. I skipped into my polling precinct yesterday all light-hearted and excited, wearing my imaginary all-white pantsuit, proud to be casting my vote for the first female president of the United States. And just to be clear, I didn’t vote for Hillary Clinton just because she is a woman. I voted for her because even though she is flawed, she is the most experienced presidential candidate I have seen since I have been able to vote.

Let me say straight up, part of the reason I didn’t see it coming is that as a white upper-middle class white woman, I didn’t have to see it. I could stay in my cozy bubble. I could tell myself everything was going to be just fine, that Americans would come through, that we would do the right thing. That Christians who proclaim family values as the utmost of importance would not elect a man who condones the sexual assault of women. That white Americans would stand beside their black, Hispanic, Asian-American, Muslim, disabled, immigrant, refugee, LGBTQ brothers and sisters.

I was wrong. I was living in my cozy, protected, white upper-middle class bubble.

Because here is the truth:  white evangelical Christians voted for Trump in high numbers, the highest percentage since 2004. Trump beat Clinton among white women, 53 percent to 43 percent.

White Christians paved the way to the presidency of Donald Trump. That is fact.

So. Where do we go from here? As Deidra said this morning, “Now it’s out in the open.” And that’s true. What I never saw coming is now out in the open, for me and all the rest of us to see.

America, we have a problem.

But I also think there’s something to be said for allowing for a time for grief. I’m still in my pajamas right now as I type this at 10 a.m., which is absolutely unheard of. My bed is still unmade. The dirty dishes are still in the sink.

And speaking of lament…I log on to the Pray as You Go app each morning. I’ve been doing this for a couple of weeks now, ever since my friend Kris Camealy told me about it, and I love it. It’s run by the Jesuits, which is kind of funny, because it seems in some ways I’m coming full circle back to my Catholic roots. That’s probably a topic for another post on another day.

Most of the daily readings since I’ve started listening these last two weeks have been from the Gospel of Luke (maybe it follows the Lectionary? I don’t even know), but today, the reading was from Ezekiel 47:1, 6-9 and 12. I’m going to include it here in full, because it’s important:

“In my vision, the man brought me back to the entrance of the Temple. There I saw a stream flowing east from beneath the door of the Temple, passing to the right of the altar on its south side. He asked me, ‘Have you been watching, son of man?’ Then he led me back along the riverbank. When I returned, I was surprised by the sight of many trees growing on both sides of the river. Then he said to me, ‘This river flows east through the desert into the valley of the Dead Sea. The waters of this stream will make the salty waters of the Dead Sea fresh and pure. There will be swarms of living things wherever the water of this river flows. Fish will abound in the Dead Sea, for its water will become fresh. Life will flourish wherever this water flows. Fruit trees of all kinds will grow along both sides of the river. The leaves of these trees will never turn brown and fall, and there will always be fruit on their branches. There will be a new crop every month, for they are watered by the river flowing from the Temple. The fruit will be for food and the leaves for healing.”

It’s a beautiful vision, isn’t it? Full of hope, healing, and life. And I believe it. I do. Even in grief and dismay. Even in anger and shame, I believe it.

This is our job. This is our work, not just in Kingdom Come, but right now.

Life will flourish, the stream will flow, fruit will adorn the branches, leaves of healing will flutter in the breeze. God is still and will always be on the move. But we need to do our part as part of the living stream. We have work to do.

I plan to stay on the couch in my pajamas for another hour or so. I need a little more time to grieve and lament and process and be angry.

And then I’m going to get up, get dressed, make my bed, do the dishes, and go for a run. After that I’m going to come home and shower and put on lipstick and pet my dog and sit down at my computer. Later I will make friendly chat with the mailman, and pick up my kids from school, we’ll talk more about the election, and we’ll say grace and have dinner together.

As Mother Teresa said, I will do small things with great love.

And life will flourish where this water flows.