I pass a sign on my regular walk with Josie. It stands a few feet from a creek, surrounded by tall grass, a few cat tails, and a handful of oak and bald cypress trees. I’ve read the sign dozens of times as I’ve passed by, but I’ve only recently thought about what it really means.

It’s an odd sign, slender and tall, with just two words on it: buffer zone. There’s a sticker under the two words that reads “Rain to Recreation.” Turns out, Rain to Recreation is a “watershed management” program to reduce flooding, protect water quality and the environment. The buffer zone is the native vegetation that borders the creek and serves to stabilize the banks and filter trash and other pollutants from the storm run-off. 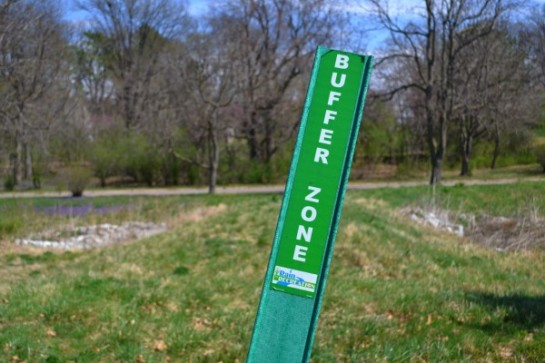 I’ve been thinking a lot about this notion of a buffer zone lately. Greg McKeown writes about the importance of buffer zones in his book Essentialism: The Disciplined Pursuit of Less. Buffer zones, he says, “reduce the friction caused by the unexpected.”

We’ve all rubbed up against that friction, haven’t we? Often it’s something small – we run the red light because we’re late to soccer practice. We squeeze in one more email before logging out, one more phone call before turning out the office lights. We toss in one more load of laundry before hurtling across town to the dentist.

We say yes to PTO and church council and helping out with the local cancer fundraiser. We accept the extra hours or the additional project foisted on us at work, even though we’re already maxed out. We agree to enroll in the spinning class with our BFF, join a monthly dinner club with our neighbors and serve at the local soup kitchen every other week.

All these things feel good and are important. In and of themselves, they are smallish. How could this one extra thing or two possibly push me over the edge? we reason. And so we say yes. And yes. And yes again.

We say yes out of guilt or obligation or desire or because, as Greg McKeown surmises, we assume the best-case scenario. We assume all the tiny details will fall into perfect place. We don’t leave any wiggle room for the traffic jam, the sick kid, the snag in the “simple” project. We don’t leave any room for those times when the creek overflows its banks. 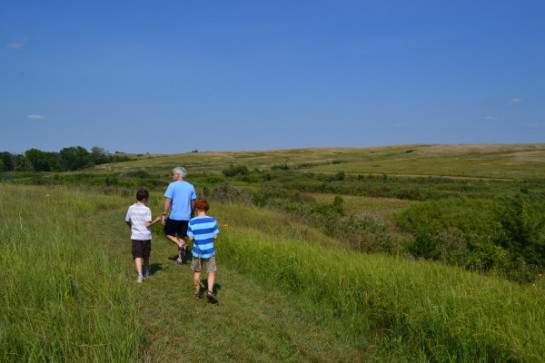 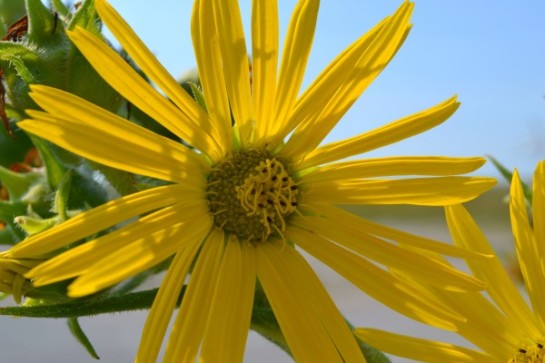 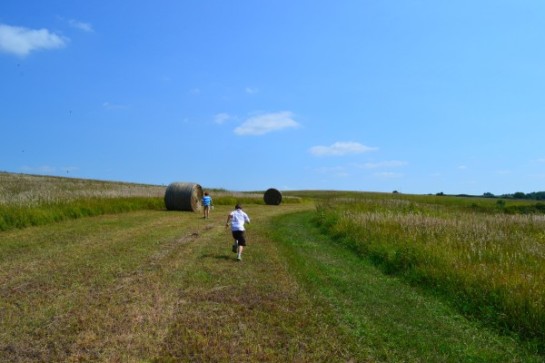 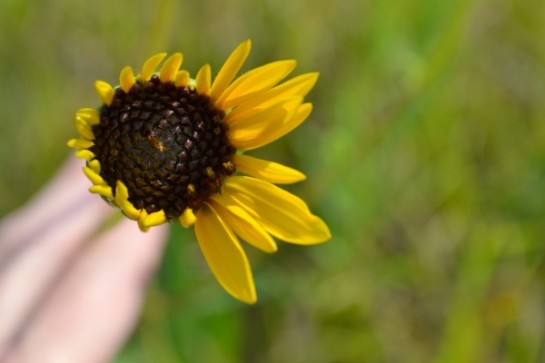 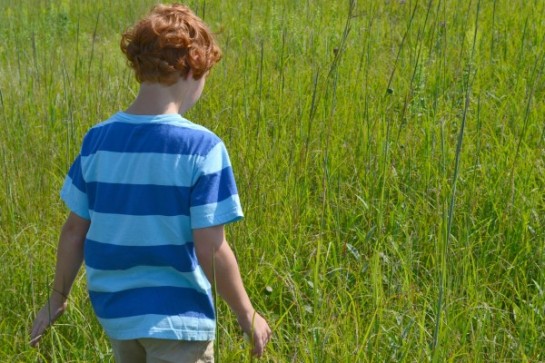 The best-case scenario with my little neighborhood creek is that it never overflows its banks in a roiling rage of flooding water. But the reality is that sometimes it rains hard for days on end, and the water needs a safe place to go where it won’t erode the land and damage roads, bridges and pathways. That’s why landscapers and conservation experts create buffer zones. And that’s why we should do the same.

As much as I can, I aim to live in that metaphorical grassy space surrounding my neighborhood creek by building as much buffer zone into my life as possible. This means I’m one of those people who arrives 20 minutes before a doctor’s appointment. I typically sit at the gate an hour before boarding my flight. I turn in writing projects days, if not weeks, before the deadline (case in point: I submitted my Luther manuscript to my editor two weeks early…which, I admit, paradoxically made me feel like a slacker).

I build this buffer zone into almost every part of my life not only to keep myself sane, but also to ensure that I have pockets of quiet and silence here and there. Allowing my mind to wander even for a few minutes is important for my creativity, my sense of well-being and the state of my soul. Building a healthy buffer zone reduces friction (i.e. stress) caused by the unexpected.

Which isn’t to say friction won’t ever happen. It will rain hard. The creek will overflow. But I do what I can to ensure the extra water has a place to go.

So tell me, are you a buffer zone kind of person? Do you have margin, white space around the edges of your life for those times the creek overflows? Or is your life jam-packed to the hilt with no wiggle room at all? {you can be honest; I won’t judge…there are plenty of times my life is packed to the hilt too!}