when you are afraid of God 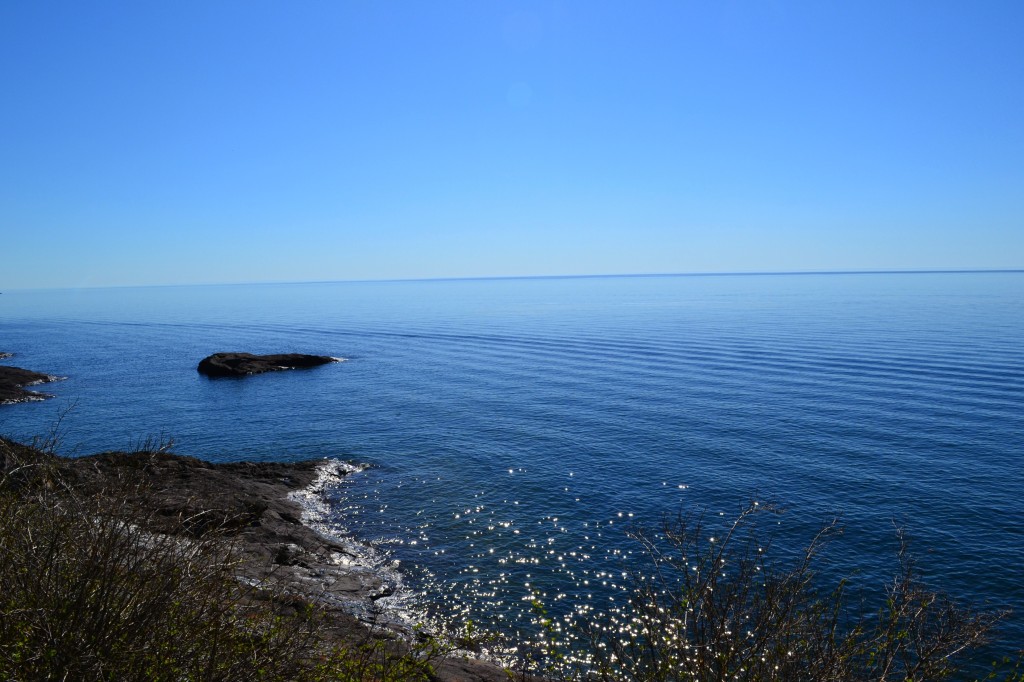 Last summer Brad took me out on Lake Superior in the canoe. The Big Lake doesn’t often permit that. The water is usually too rough, too wild — more like the ocean than a lake. But that evening the surface was as still and calm as the water in a country fishing hole, and so Brad carried the canoe to the shoreline and held it steady as I stepped in.

I’d anticipated a serene paddle, but when we pushed off shore and I glanced over the side of the aluminum canoe, fear seized my gut. Earlier that summer we’d visited Arches and Zion national parks and had gasped in awe and wonder at the enormous monuments, rock sculpted by eons of water and wind. This barren landscape far below the calm surface of the lake was eerily similar. Beneath us vast crevasses and canyons cut deeply into glacial boulders as big as SUVs, rocks rounded smooth by the ebb and flow and weight of water.

“I don’t like it,” I said to Brad, turning around to face him in the stern. “I don’t like it out here,” I repeated. “Bring me back. Can you bring me back to shore?” We’d been on the water two minutes or less, but suddenly I was terrified, an ominous dread gripping my chest and plunging deep into my stomach. For some reason those monumental formations far beneath the surface of the frigid water were far more disconcerting than the magnificent rocks we’d witnessed on land.

It was too much. The lake was too vast, too deep, too cold. There was too much under there I didn’t know; too much I couldn’t see. It felt big, way too big, and I felt small and vulnerable, my life vest cinched tight, paddle clenched in my two hands. 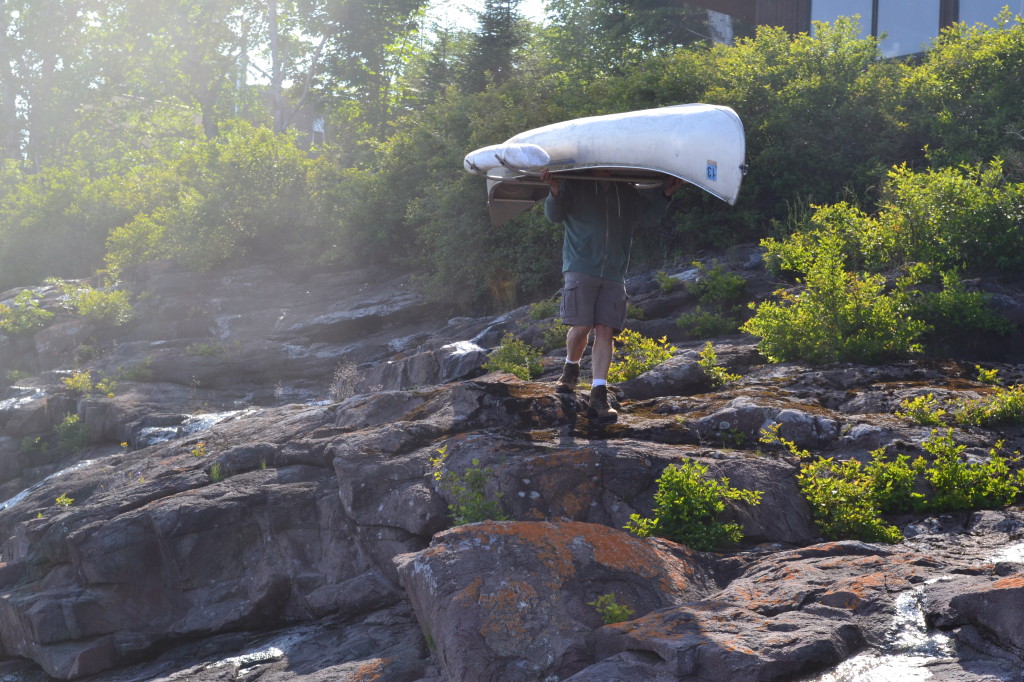 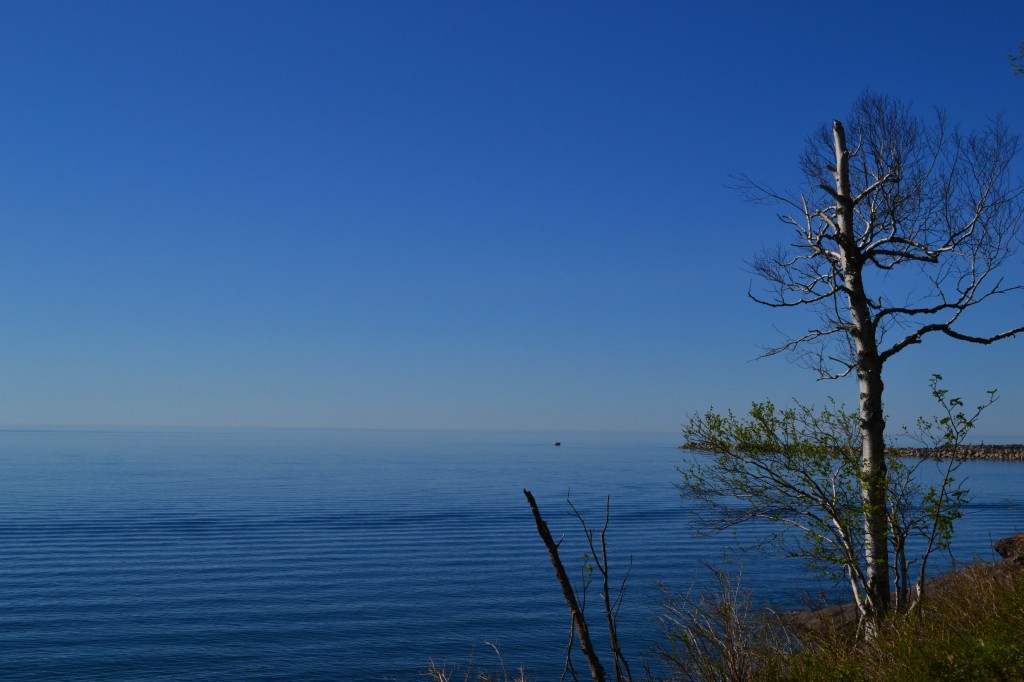 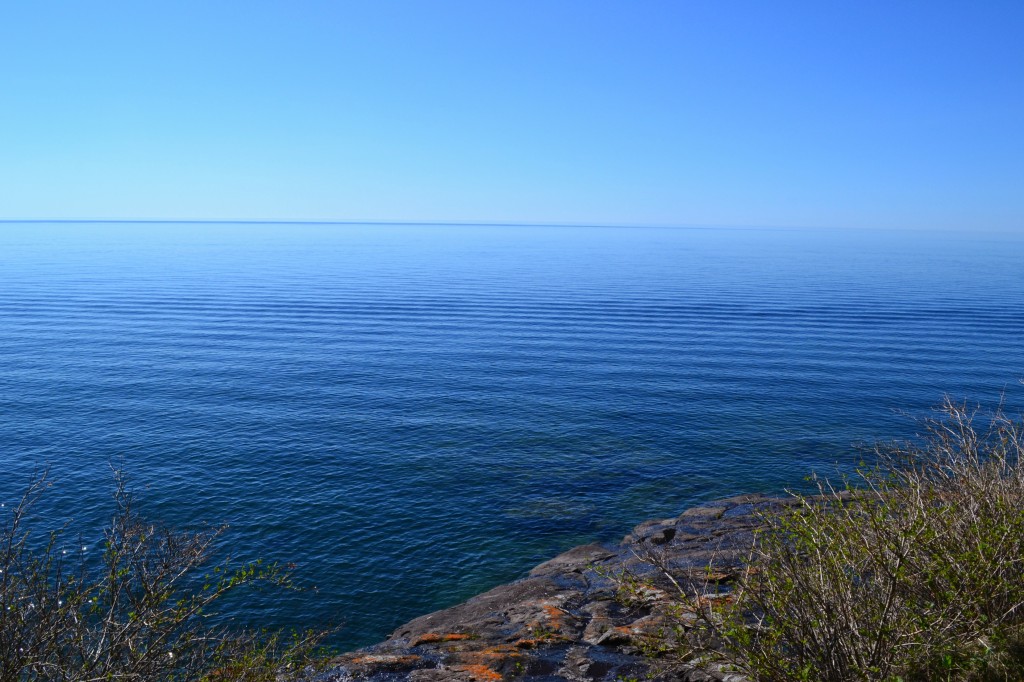 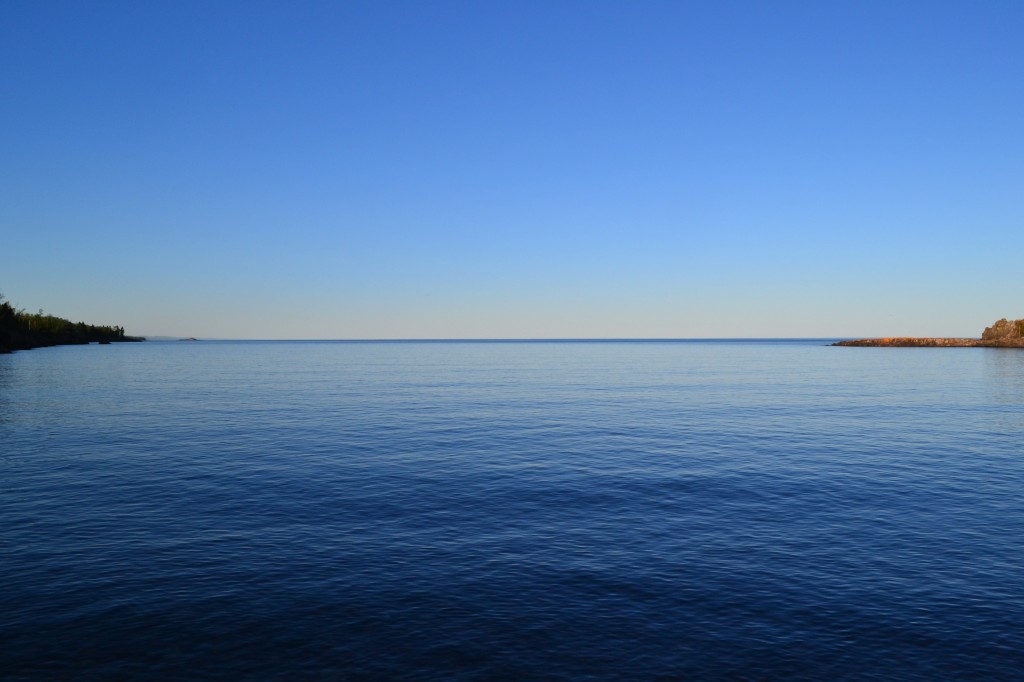 Brad teaches his literature students about the sublime, a concept popular among 18th-century writers, artists and philosophers. In 1757 Edmund Burke wrote A Philosophical Inquiry into the Origin of Our Ideas of the Sublime and Beautiful, defining the sublime as something that provokes ideas of pain, danger or terror, but at the same time also encompasses an element of pleasure or beauty. The sublime, Brad tells his students, is often associated with nature. The vast, indefinable qualities of nature often invoke feelings of both fear and awe – fear of the unknown, the unfathomable, awe of the powerful and untamable.

Brad sees God in the sublime. For the record, Brad sees God in sweet-singing birds and delicate blooms, too, but he often feels him more powerfully in the awesome aspects of nature. On an intellectual level, I get that. The sublime is the very reason the presence of God simultaneously evokes both fear and awe in so many Biblical stories. God is indefinable, vast, untamable, powerful, and those qualities are both fearful and awesome.

But I’ll be honest. Just as I don’t do well with the sublime out in the natural world, I don’t particularly enjoy the sublime aspects of God.  The God of fear and awe scares me and intimidates me. I find myself trying to wrestle this sublime God into a manageable box, to define him and comprehend him in a rationale, intellectual way. I don’t feel comfortable with the sublime God; I prefer the still, small voice, thank you very much. I prefer the gentle caress to the wind and the fire.

Back on shore I sat on the sun-warmed rock with my knees pulled close to my chest. I drank in deep breaths of the cool, moist air and watched as Brad dragged the canoe out of the water and then, in one fluid motion, heaved it over his head and carried it up toward the cabin.  I stared across the vast, still lake at the horizon, and felt grateful to be out of the canoe and off the lake.

As much as I resist it, I know it’s important that I recognize and acknowledge the more powerful, intimidating qualities of God, just like it’s important to recognize the powerful, intimidating qualities of nature. This power, this awesomeness, commands a healthy respect. After all, it’s these very qualities that differentiate me from God. These qualities remind me that I am not him, that his ways are not my ways and are beyond my understanding.

Linking with Kelli for Unforced Rhythms at Chronicles of Grace today.